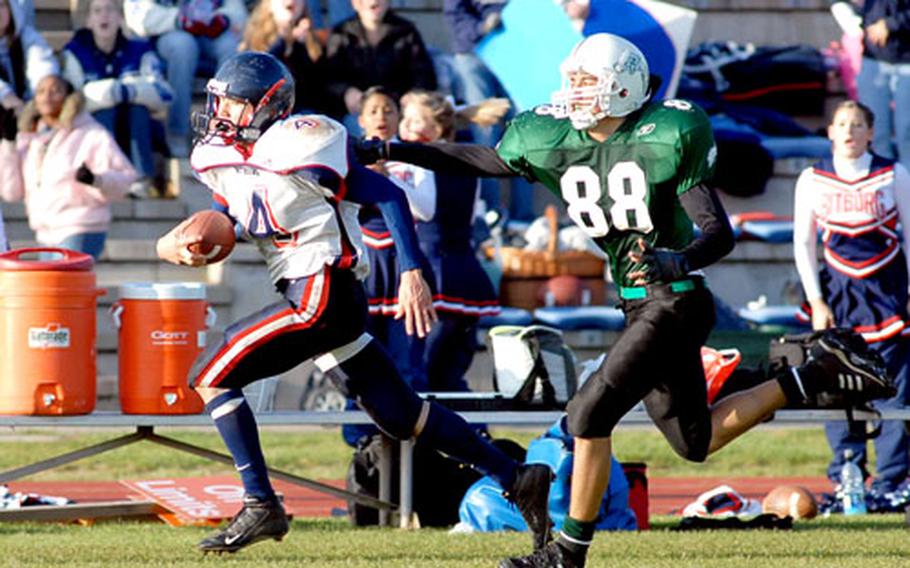 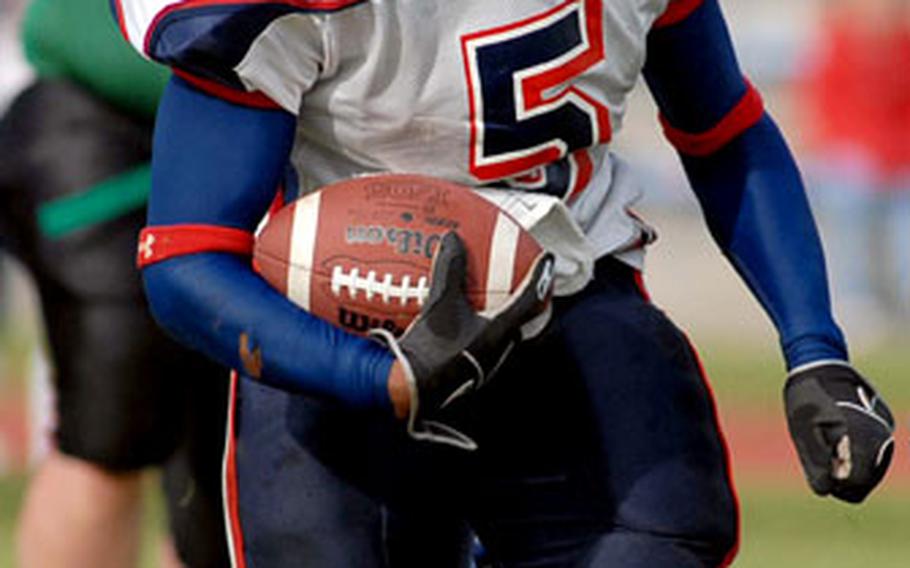 Bitburg&#39;s Anton Harris rumbles for a big gain in the Barons’ 27-24 victory over the Naples Wildcats in the DODDS-Europe Division II football title game in Baumholder on Saturday. (Michael Abrams / S&S) 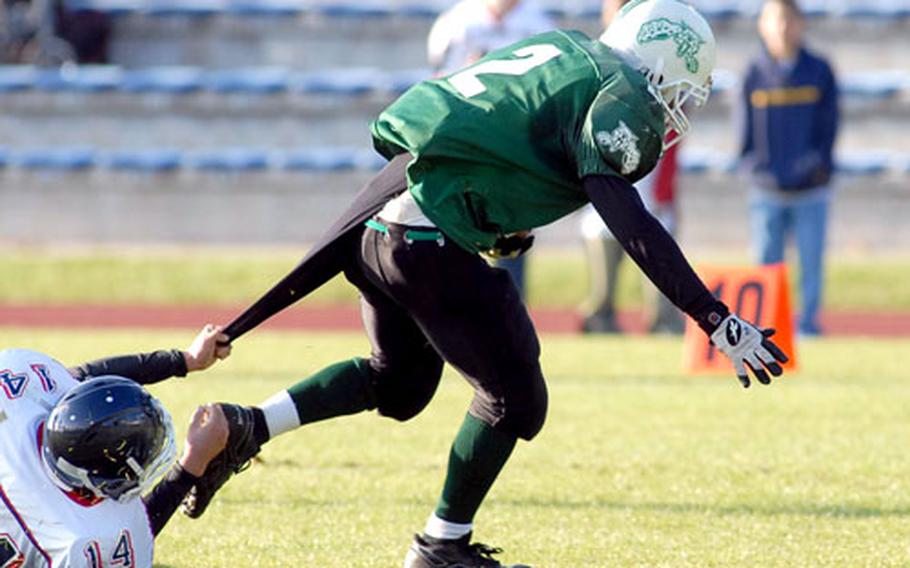 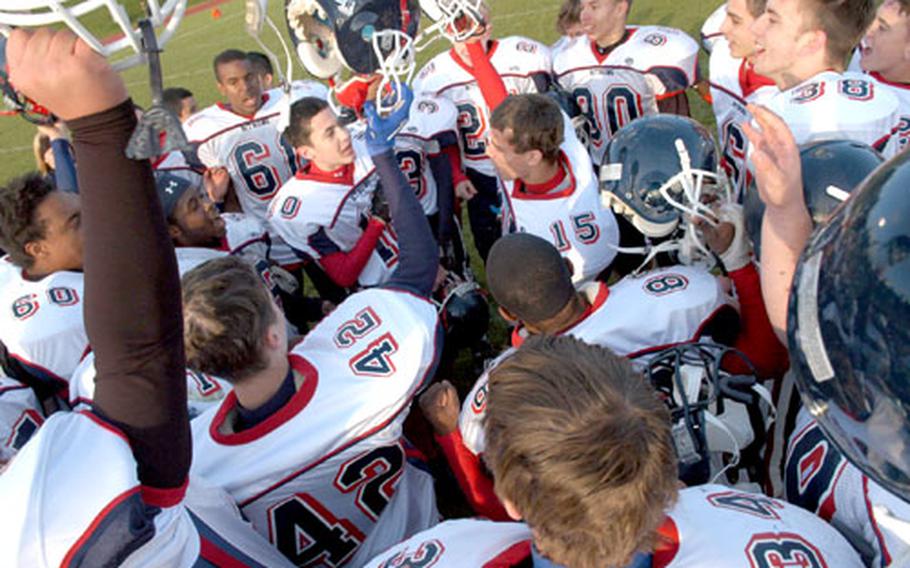 On the first play from scrimmage after Naples tailback B.J. Taylor had given the Wildcats a 24-19 fourth-quarter lead, Collett broke an option run around right end for 80 yards and the decisive touchdown in the 27-24 victory.

The run was the longest of the season for Collett, who wasn&#8217;t able to savor the feat until he and his defensive mates had run Naples out of downs and out of time one last time.

Led by senior quarterback Tyler Terronez, Naples mounted a final drive that reached the Bitburg 42-yard line and near field goal range for Tyler White, who earlier had kicked a 43-yarder. Collett and Brandon Pitts knocked down passes on third and fourth downs to end the threat.

The win over Naples (7-1) was Bitburg&#8217;s eighth on-field victory of the season. The Barons (7-1) forfeited their season-opening victory for inadvertently using an ineligible player.

They also had a great head for adjustments.

Bitburg declined, and Naples held the Barons, who had rushed for 140 yards in the opening 12 minutes, to only 66 more until Collett&#8217;s game-breaker.

&#8220;We&#8217;re coming to get you,&#8221; is how Naples coach Jim Hall described his defense, which forced Bitburg to turn the ball over on downs twice and to punt twice in the second and third quarters.

Collett&#8217;s only pass came on an unsuccessful two-point conversion try after he had plunged in from a yard out with 6:16 left to give Bitburg a 19-17 lead.

Naples responded with a 48-yard scoring drive, set up by a personal foul penalty on the kickoff and kept alive by an 18-yard pass from Terronez to T.J. Lumar on third-and-eight. Taylor, who rushed for 93 yards and two TDs, capped the drive with a 15-yard dash through a gap on the left side opened by Phillip Perez, Dallas Cagle and Matt Hejab.

Terronez was 18-for-28 passing for 183 yards and a touchdown &#8212; earning him compliments from the opposition.

Terronez would have had better numbers, but three completions were erased by ineligible-receiver-downfield penalties.

Penalties, in fact, proved to be key. Naples was flagged 11 times and the Barons twice.