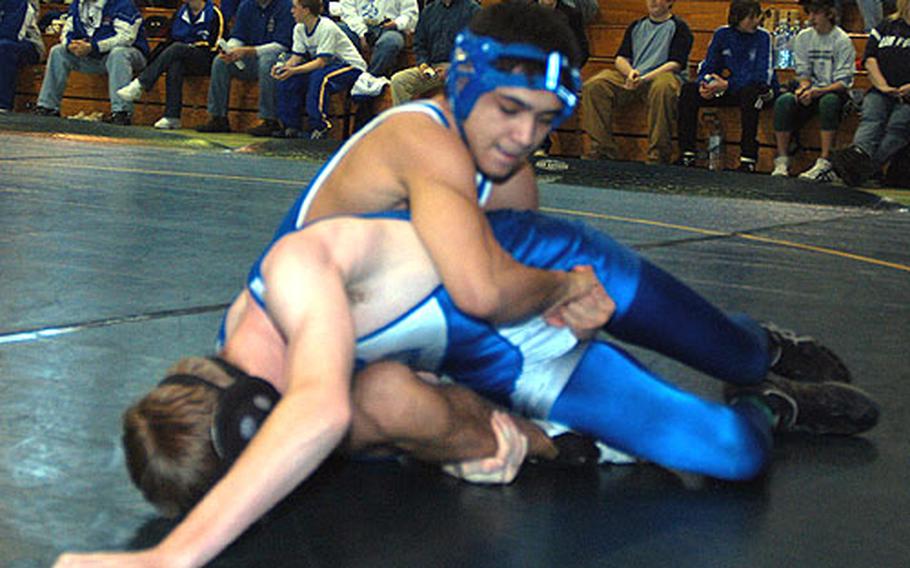 The two-time DODDS-Europe wrestling champion will shoot for his third consecutive title this week at Wiesbaden Army Airfield. Scott earned a shot at the three-peat by winning the 140-pound crown in the regional meet at RAF Alconbury on Saturday. The top two finishers in each regional were assured of spots in the European championships.

Scott finished his season with a 19-0 record.

The 17-year-old Florida native said the experience with the BWA helped him earn the confidence needed to wrestle at the collegiate level. He plans to walk on during the Iowa State tryouts next year.

He said he would like to study physical therapy in college and eventually become a wrestling coach.

After the European tournament, Scott will return to the BWA and his travels throughout Europe. The association has shown interest in Scott becoming a citizen so he can possibly represent Britain in the Olympics.

He said his father has done some research and found that he could apply for citizenship after living in Britain for five years. He would not have to rescind his American citizenship, but would instead hold two passports.

Dual citizenship would help him repay those who have assisted him as a wrestler.