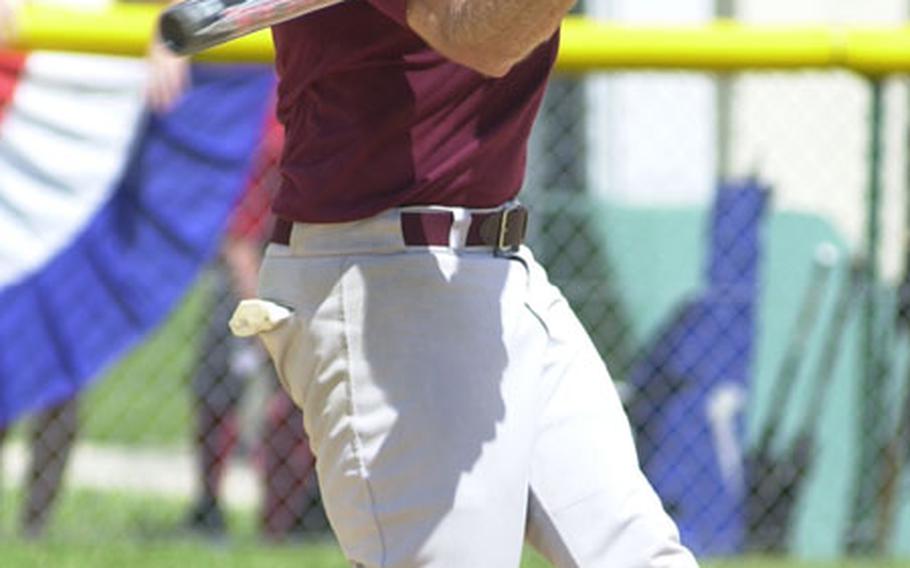 Chaney hit a three-run home run with two out in the bottom of the sixth inning, carrying 3rd Force past 1st Marine Aircraft Wing 8-7 in the second of two championship games in the Marine Forces Pacific Regional Softball Tournament. 3rd Force won the first game 15-7.

The four-time All-Marine and two-time All-Armed Forces outfielder told himself if the batter preceding him, Richie Krause, got on, which he did with a walk, &#8220;to be patient. If he [Wing pitcher, Todd Harding] gave me something to hit, to swing away. I always hit the ball hard.&#8221;

He hit it hard on a beeline toward right-center field, over the head of Wing outfielder Keith Gilchrist and over the collapsible fence, sending the 3rd Force dugout into hysterics.

3rd Force won the title for the second straight year, but Chaney felt this year&#8217;s title was more satisfying.

Chaney expressed hope that 3rd Force&#8217;s younger players could use his &#8220;never-give-up&#8221; example to further their careers, in the same way he says he looked up to All-Armed Forces luminaries of the past.

For coach John O&#8217;Brien, who retired Aug. 1 after spending eight years playing for and coaching Wing, the victory left him with mixed feelings.

O&#8217;Brien praised his charges, who lost to Wing 12-10 in the double-elimination winner&#8217;s bracket final earlier Friday and came back for the title the hard way.

So did Wing, which reached the final after losing both its playoff games last year. Only two of the 15 Wing players were considered post-level, including 12-time All-Armed Forces catcher Cherylton McRae.