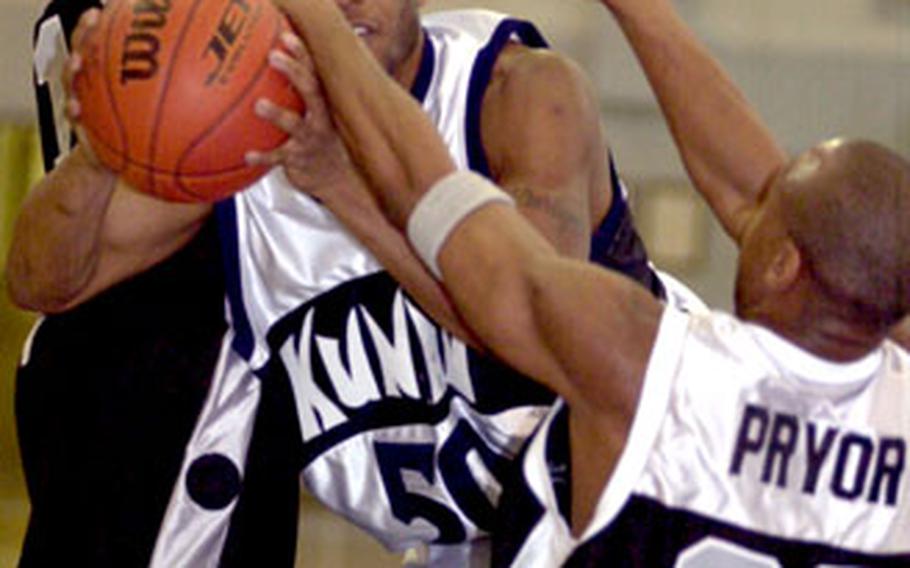 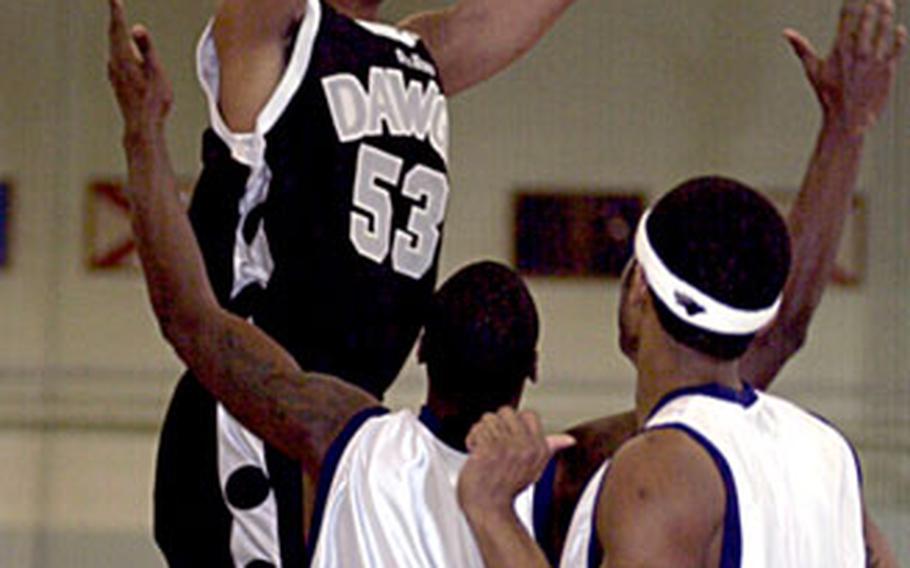 Brett Thomas (53) of Camp Humphreys goes up for a shot over defenders Kirk Sheppard (2) and Samuel Dixon of Kunsan Air Base during Tuesday’s game. (Dave Ornauer / S&S) 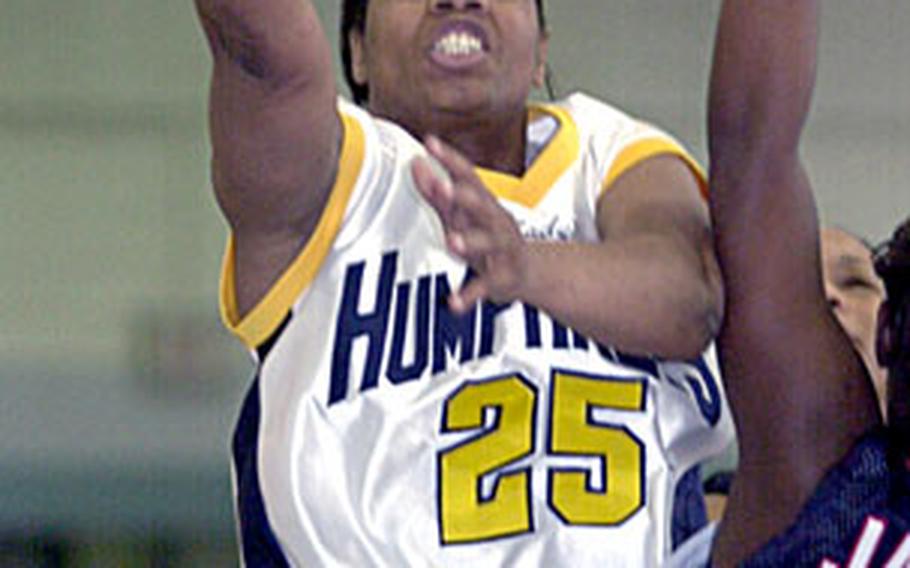 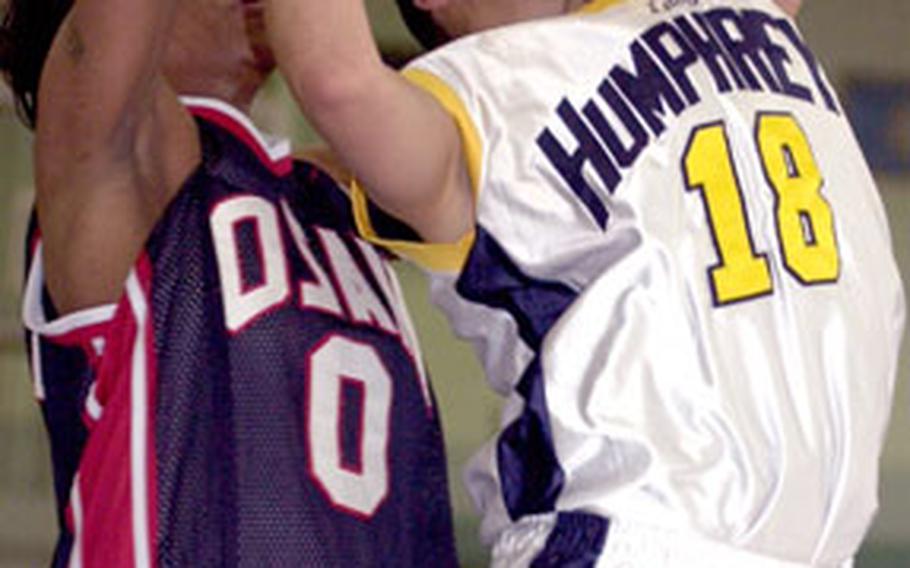 Abby Moreland (18) of the Camp Humphreys Bulldogs gets fouled on her way to the basket by A.J. Beard (0) of the Osan Air Base Defenders. (Dave Ornauer / S&S)

YONGSAN GARRISON, South Korea &#8212; Laurie Aaron hit the huge shot with everything on the line on Tuesday. Meanwhile, Terrence Clark handled the little shots when it mattered most.

Together, they propelled the Camp Humphreys men&#8217;s and women&#8217;s teams into their respective championship games in the 2005 Pacificwide Open Holiday Basketball Tournament &#8212; the first time Camp Humphreys&#8217; two teams have reached the finals of the same Far East interservice open tournament.

Aaron&#8217;s buzzer-beater lifted Humphreys over the Osan Air Base Defenders 67-66. Osan won twice in the loser&#8217;s bracket to earn a rematch for the championship.

The Bulldogs men held off a second-half rally by the Kunsan Air Base Wolf Pack 79-71, as Clark went 7-for-10 from the foul line in the closing minutes, and scored 29 points.

Humphreys&#8217; Nyesha Wingster said she was confident as soon as Aaron took the inbounds pass with 6 seconds left. The final play is the type she and her teamates have come to expect of the All-Army guard, who played college ball at Iowa.

Clark hasn&#8217;t yet reached the All-Army level but his contributions against Kunsan were no less important, Thomas said.

Thomas was speaking on what may have been his last day with the Bulldogs. On Wednesday &#8212; one day short of the championship game &#8212; he was to transfer from Korea to a new assignment at Fort Huachuca, Ariz. On Tuesday night, he was contemplating requesting in-country leave and pushing his departure back so he could play in the final.

Kunsan Air Base vs. Yongsan Garrison

Camp Humphreys vs. Kunsan Air Base or Yongsan Garrison

Camp Humphreys vs. Kunsan Air Base or Yongsan Garrison, if necessary

Camp Humphreys vs. Osan Air Base

Camp Humphreys vs. Osan Air Base, if necessary