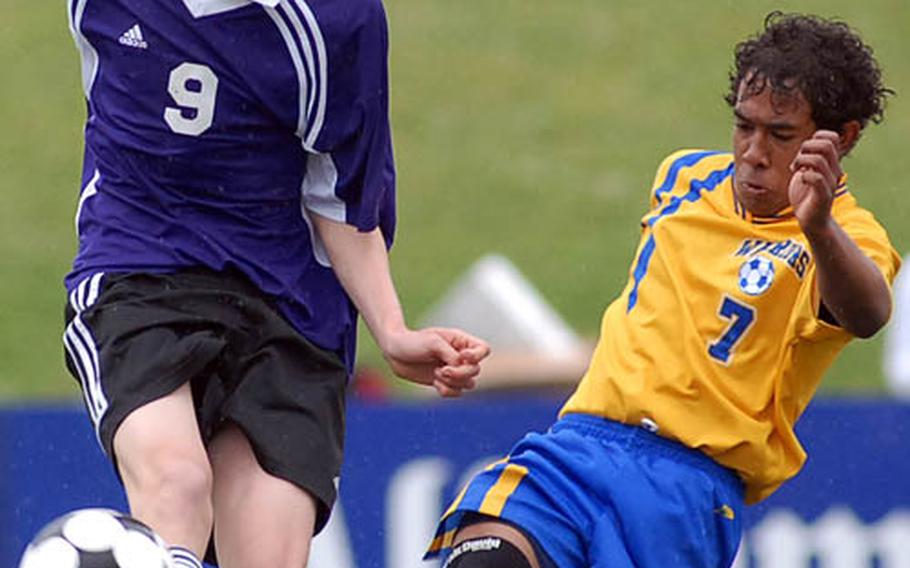 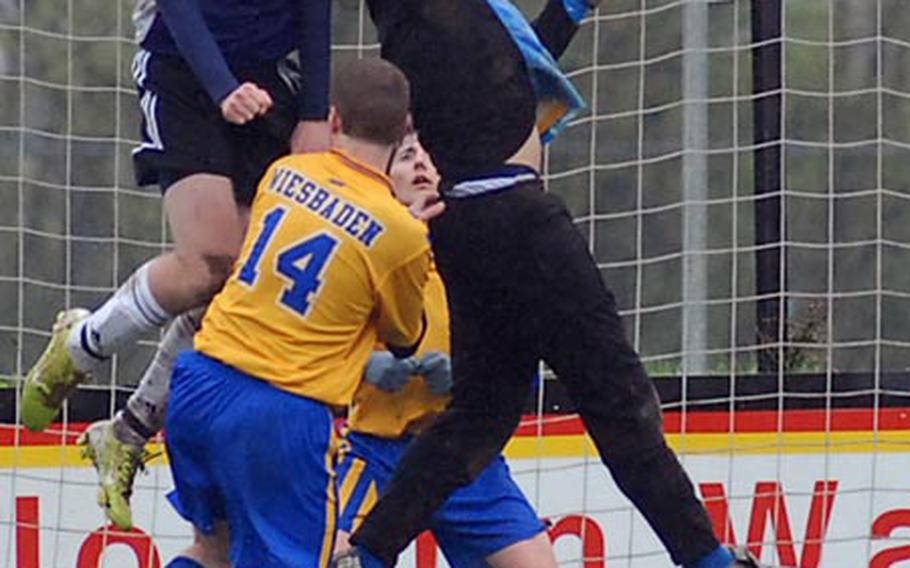 Division I power Heidelberg, playing a Division III team just three days after blanking Hanau of Division IV, remained unbeaten without giving up a goal in its first three games with a 7-0 courtesy-rule victory over W&#252;rzburg.

Marvin Sibley, who scored once in Wednesday&#8217;s 4-0 victory at Hanau, tallied twice Saturday in a game which reached the courtesy-rule margin in the first half.

Heidelberg was equally dominant defensively. Neither goalkeeper, Zach Harrington nor James Key, was called upon to make a save.

Next up for the Lions, who shut out D-II Patch to start the season, is a home game Saturday against D-I Kaiserslautern. The Lions then close out the regular season with Region III games against Mannheim, Black Forest Academy and Wiesbaden, all Division II teams.

Ankara 4, Incirlik 1: On Saturday at Incirlik, the Trojans got a goal from Lucca Santini for the third straight game to complete a three-day sweep.

ISB 9, Kaiserslautern 2: On Saturday at Kaisersalutern, Lucas Lanwehr scored three times to lead International School of Brussels (1-0-1) to a victory over K-town (1-2-0).

Kim Suh-hoon and Majed Al-Shweidi each scored twice for ISB.

Vicenza 1, Marymount International School of Rome 1:On Saturday at Vicenza, the Cougars rode Kyle Kaus&#8217; goal to a tie against the defending European Division III champions.

Naples 1, Sigonella 1: On Saturday at Sigonella, both defenses proved unyielding in the game&#8217;s final 40 minutes after Peter Lawson, assisted by Paul Dennision, scored for Naples (1-1-1) and Alec Herb scored Sigonella&#8217;s (0-1-1) goal off a feed from Dave Rice in the first half.

AFNORTH 4, Bitburg 2: On Saturday at Bitburg, James Perea scored all four of AFNORTH&#8217;s goals as the Lions (1-0-1 overall) claimed the Region II victory.

SHAPE 6, Brussels 1: At Brussels, Robertino Rugina scored three times and Daniele Coccia had three assists as the Spartans (1-0-2) got their first victory of the season.

Patch 7, Ansbach 2: On Saturday at Stuttgart, Phillip LaBrake scored three times to lift the Panthers to victory. Samet Yueksekgonvel, a transfer from Naples, had a goal and two assists for Patch (1-1-0, 1-0-0 Region IV).

BFA 8, Hanau 1: On Saturday at Hanau, the defending European D-II champions got goals from eight players in their romp over their hosts from D-IV.

The victory was the first of the season for Black Forest Academy. The Falcons were held to ties on the road against AFNORTH and SHAPE on April 11-12.