Bowling is all about fun for national champion Wallace 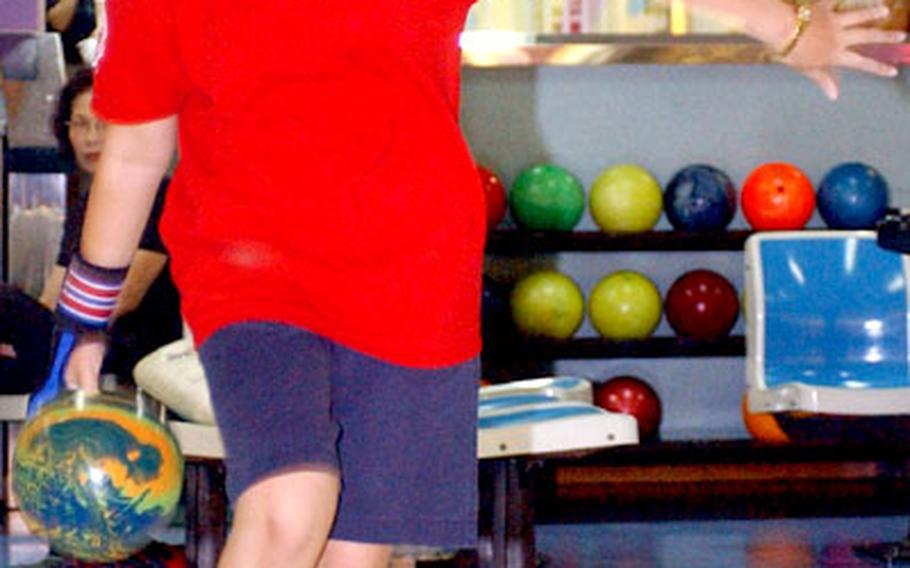 Victoria Wallace says when she first set foot on a Yongsan Garrison bowling lane, she just wanted to have fun.

Her reaction to her 187-184 triumph over Lisa Howard of Stoney Creek, Ontario, in the Pepsi Handicap I Division finals?

The shock might have been understandable: It was the 15-year-old&#8217;s first appearance in a YABA championship, and only three years since she first followed her father, avid bowler Ronnie Wallace, to Yongsan Lanes to try the game for the first time.

Bowling is hardly her only accomplishment. She has a 4.0 grade-point average and counts world history as her favorite subject. She passed Honors English as a sophomore and plays the saxophone, piano and flute.

But she continue to bowl and improve &#8212; averaging more than than 160 a game in her second year.

That&#8217;s when she and her father discussed entering the Korea and Far East youth masters tournaments &#8212; the first step toward a YABA tournament.

&#8220;Vicki&#8217;s a competitive person,&#8221; said her father, a retired Army master sergeant who works as chief of the manpower branch for the Army&#8217;s Installation Management Agency, Korea Region Office, on Yongsan.

&#8220;Even though she bowls to have fun, even though she smiles and laughs, she&#8217;s very competitive by nature. She hates to lose a match, even against others in the bowling alley.&#8221;

She and three other Yongsan bowlers, including eight-time Far East military zone champion Jio Bruce, who earned a bowling scholarship to Central Missouri State, qualified for the trip to Dallas.

Victoria said her father played a big role in keeping her focused in Dallas.

Accompanying the gold medal was a scholarship award of $2,000; YABA is a service-oriented sports membership organization for youth bowlers, ranging in age from pre-school to college.

Victoria also took home from the tournament a desire to try again next year.