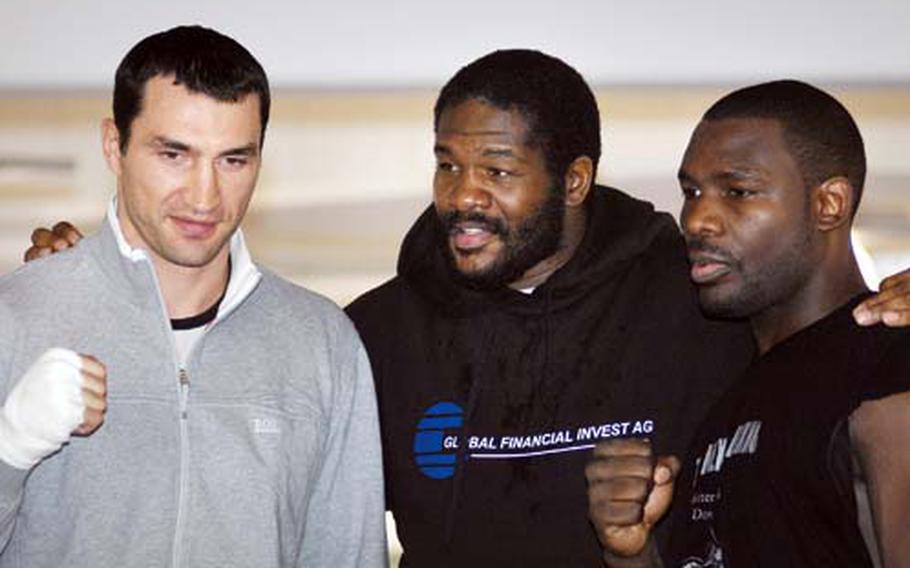 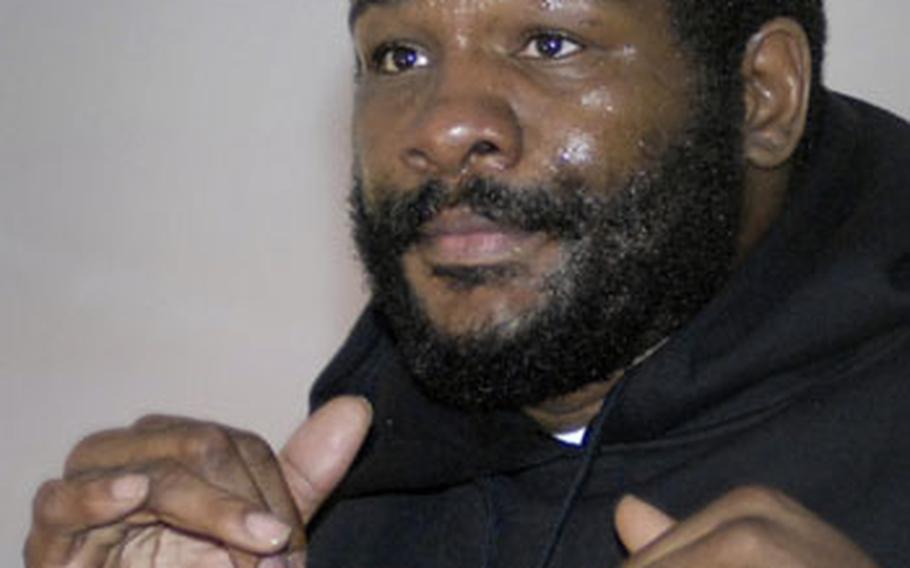 After roughly three months of heavy training, the 6-foot-5 Bowe will tip the scales at around 275 when he enters the ring Saturday night in Mannheim against German boxer Gene Pukall.

The fight at Mannheim&#8217;s SAP Arena is Bowe&#8217;s first step toward regaining his title. The main event is a title bout between IBF-WBO-IBO heavyweight champion Wladimir Klitschko and Hasim Rahman; Bowe will face Pukall on the undercard.

On Wednesday afternoon, the 41-year-old Bowe shadow-boxed and danced around a ring set up inside a Mercedes-Benz showroom in an industrial area in Heidelberg. The press event was heavily attended by the media and VIP guests of Mercedes. Bowe spent about 10 minutes showing his stuff for the cameras, sweating and smiling between punches.

"I want to be champion," he said. "This is what this is all about. This here is the first step Saturday night. Hopefully, great things will happen afterward."

Asked about his own fight against an opponent who is barely 6 feet tall and has been knocked out in the first round of two of his last three fights, Bowe spoke his mind.

In his most recent outings, Bowe has been less than stellar. Even though he holds an impressive record of 42-1-0 (33 KOs), Bowe had trouble in two fights against Andrew Golota in 1996, winning both only after Golota was disqualified for low blows.

Bowe has battled weight throughout his career. When he beat Evander Holyfield in 1992 to win the World Boxing Association/World Boxing Council/International Boxing Federation heavyweight titles, he weighed 235 pounds. In his 2005 fight, Bowe tipped the scales at 280.

Bowe began training in Kaiserslautern in early September after he was contacted by Herb Smith, a former All-Army boxer who now works for the military as a civilian in Kaiserslautern. Bowe has worked out on U.S. bases during his comeback, but his home gym is an off-post gym between the Army&#8217;s Panzer and Kleber caserns.

Bowe, who in 1997 was a Marine recruit before dropping out of boot camp after three days, thanked the U.S. military in Germany for its support. He also gave a message to all men and women serving in uniform.

Tickets can be ordered by calling 0621-18190-333 or by registering on the SAP Arena Web site, www.saparena.de (there is an English version). You must pay with a credit card.

Tickets are also available at various ticket agencies in Bad D&#252;rkheim, Heidelberg, Karlsruhe and Mannheim, but not in Kaiserslautern.