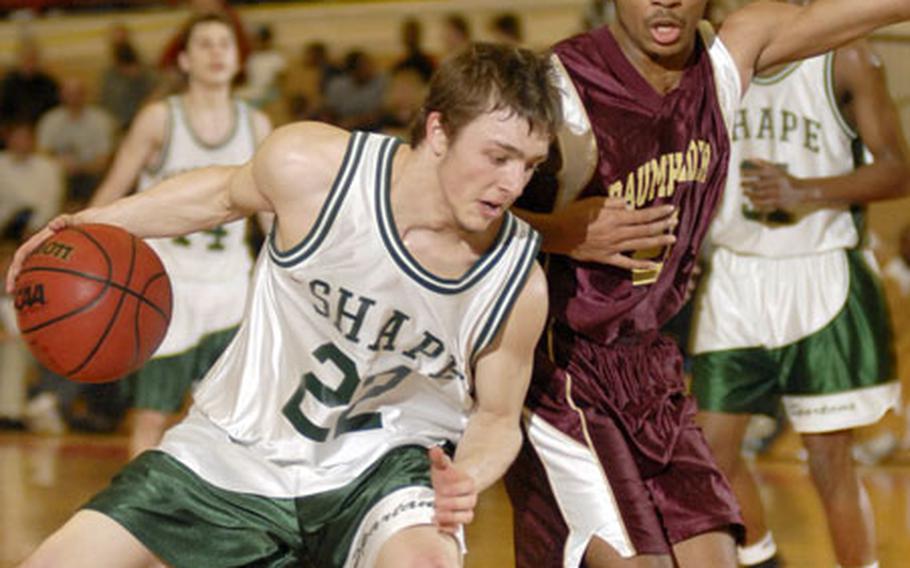 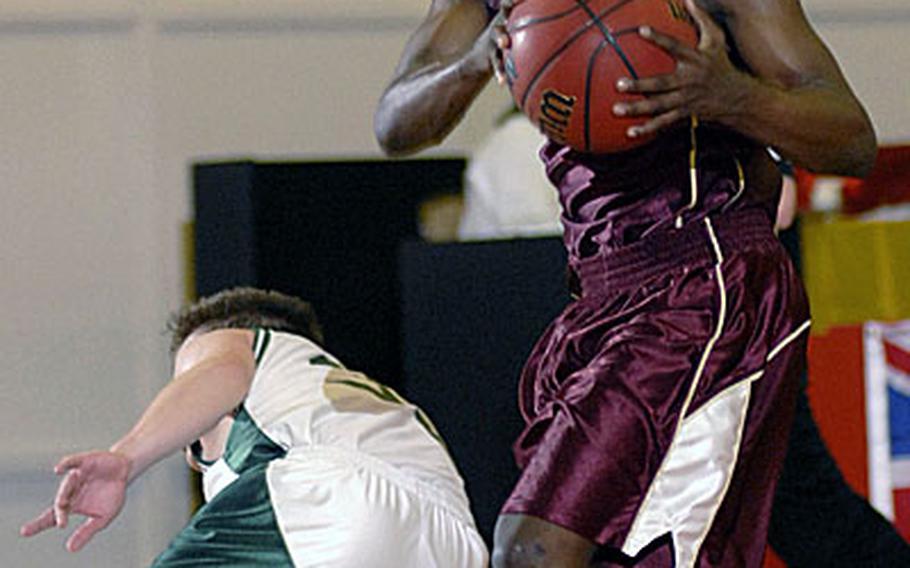 Baumholder senior Sonny Clark fakes out a SHAPE player as he drives to the basket during the second period of Baumholder&#39;s 45-39 win. (Ben Bloker / S&S) 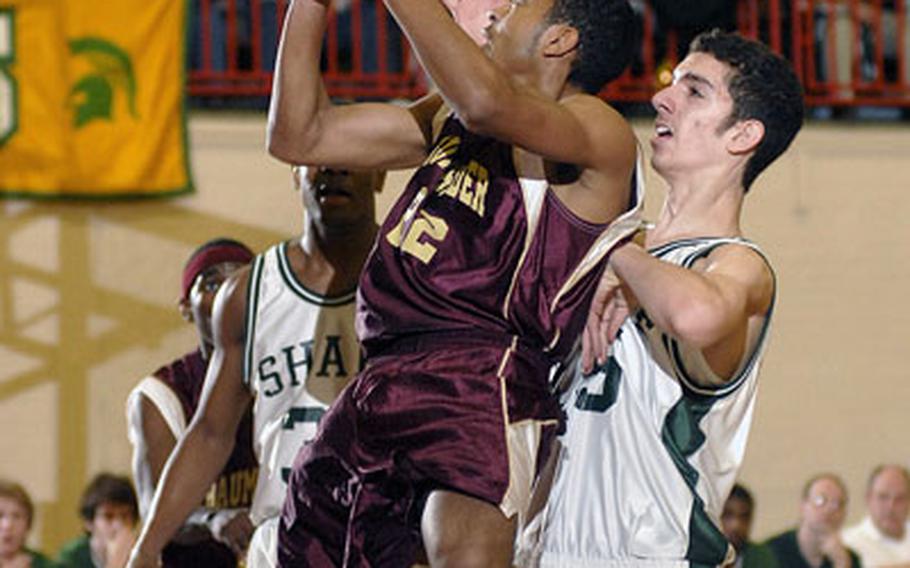 &#8220;Free throws win ballgames,&#8221; tourney MVP Sonny Clark said after sinking nine of 11 free throws, including the front end of a one-and-one with 14 seconds left to give Baumholder a two-possession lead at 43-39.

What might have bothered Clark was a second-half offensive dry spell by Baumholder that began with 3:20 left in the third quarter and lasted practically until game&#8217;s end. The Bucs sank one field goal in the first 4:10 of the final period, a three-pointer by True Davis, that stopped an 11-0 SHAPE run that had transformed a Buc lead into a two-point edge for SHAPE.

Davis spotted up on the left wing with 25 seconds left and drained the three that put the Bucs back on top.

That the shot would have stood up to win the game &#8212; Mike Denson hit an insurance basket off a clutch offensive rebound and assist from Clark with 25 seconds to go &#8212; was a tribute to Baumholder&#8217;s defense on SHAPE scorers Kael Richardson, held to just four points; George Konidaris, limited to nine; and Michael Konidaris, who opened the game with a wondrous driving layup but could get little to fall thereafter. He scored seven points.

Clark was ready to do whatever it took to win the game.

&#8220;Defense is all about hustle,&#8221; he said. &#8220;We watched Heidelberg and Ramstein play last night and our coach told us that the reason the game was so good was because both teams hustled the whole time.&#8221;

SHAPE, led by Robert Kearney&#8217;s 14 points, led 16-9 at the end of one period before C.J. Roberts came off the bench to score eight second-quarter points on 3-for-3 shooting to help Baumholder go up 27-21 at halftime.

The loss was the first of the season for SHAPE, which beat Baumholder twice to win the Division II-North crown and came into this game 19-0 against DODDS opposition.