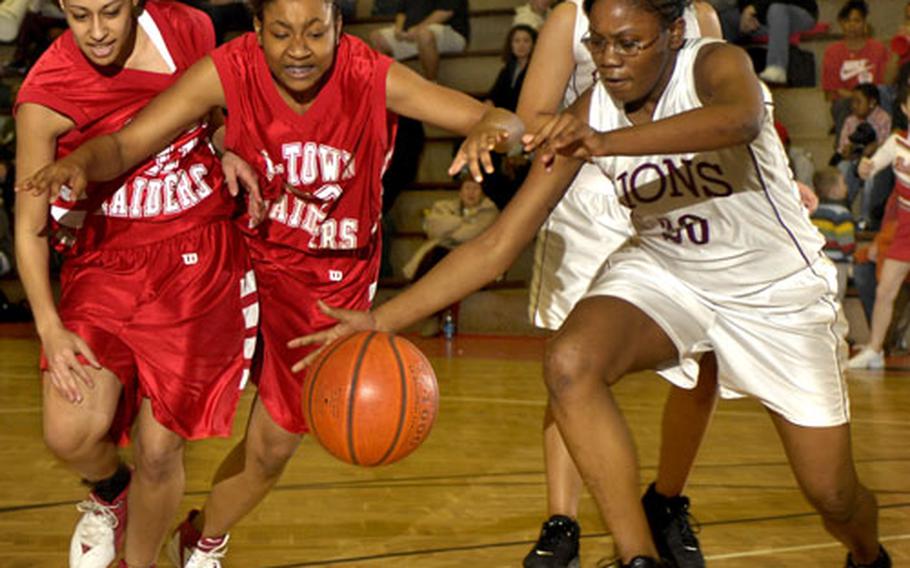 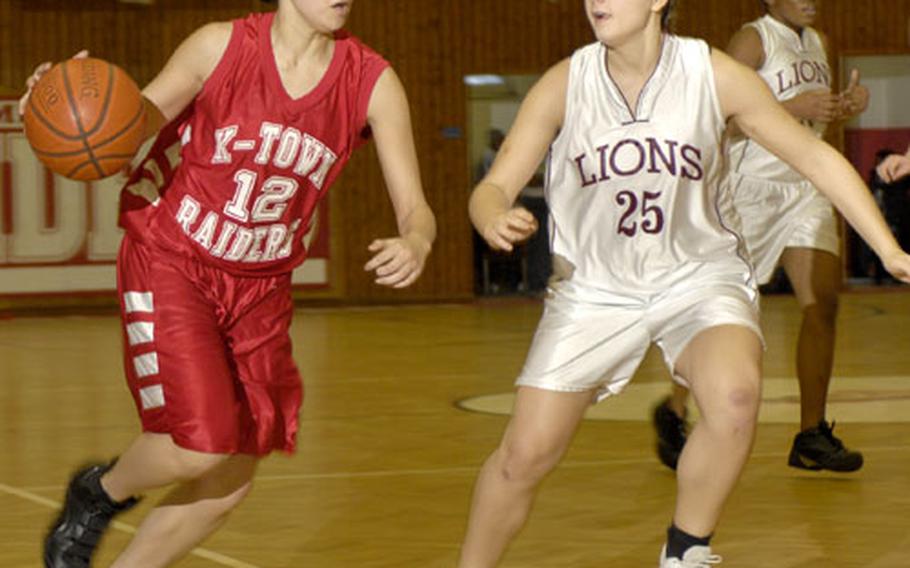 The Baumholder Lady Bucs, behind an intense effort on the glass and the defensive end of the floor, knocked the Ramstein girls basketball team from the ranks of the unbeaten on Friday with a 56-49 victory.

&#8220;We had a game-mode scrimmage during the week, but instead of counting baskets, we counted rebounds as points.&#8221;

Baumholder&#8217;s effort in the paint made the difference, Hollenbeck said. Jasmin Thompson had eight rebounds, Katrina Alsup had six to go with four steals, and Alexi Velazquez chipped in with five rebounds and five blocked shots.

In other girls games of note over the weekend:

SHAPE won 50-22 on Friday. The sweep gave SHAPE a 4-0 Region I record heading into this weekend&#8217;s regional games at Menwith Hill.

ISB (4-4 overall, in Region I) plays next at Ramstein.

Vicenza 45, Ansbach 26: On Saturday at Vicenza, Italy, Chakeira Gilbert scored 20 points and had five steals as the Lady Cougars (8-0) completed an inter-regional sweep of their Division II guests.

Aviano 52, Milan 14: At Aviano, Italy, the Saints opened the 2008 portion of their season by completing a sweep of Milan and improving their record to 8-0. Aviano is 3-0 in American Schols in Italy League play.

Vilseck 50, Mannheim 46 (2OT): On Friday at Mannheim, Ashley Hicks scored 17 points and snared 17 rebounds in a game that saw the Falcons erase a five-point fourth-quarter deficit in a non-regional battle between D-II contenders.

Desiree Moore, who scored 10 points in Friday 31-27 loss, had eight on Saturday to lead the Lady Mustangs.

The only consolation for AFNORTH (0-9) was that Jessica Stadler scored the first two points of the game. After that, Kaiserslautern went on a 12-0 run while holding AFNORTH scoreless for the rest of the quarter.

Kaiserslautern padded its advantage to 32-12 at halftime, using crisp passing to set up several easy looks under the basket.

The Lady Raiders scored only three points in the third quarter, but that hardly mattered as AFNORTH was limited to four.