Baseball, softball teams are happy to have events 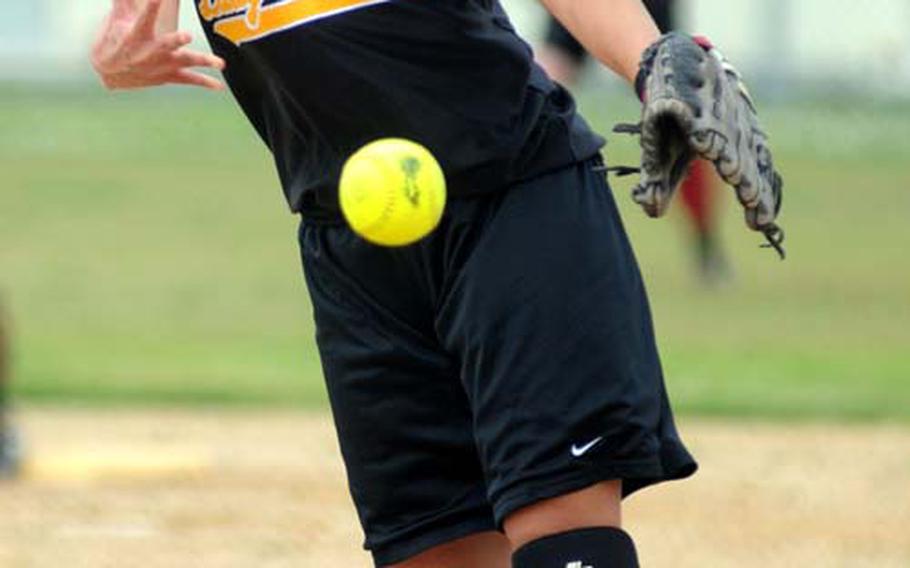 CAMP FOSTER, Okinawa &#8212; There will be plenty of talk in the next few days about which schools enter the Far East High School Baseball and Girls Softball Tournaments as the teams to beat.

But for the past three months &#8212; since the tournaments were added to the Far East Activities calendar &#8212; players, coaches and teams have feted the fact that there is a Far East in either sport at all, after decades of waiting.

"It legitimizes our sport," added Kadena softball coach Jesse Costa. "It gives our girls a chance to play for a real championship to shoot for that actually means something, beyond a league championship."

Kubasaki baseball (15-9 overall, 10-1 vs. American high school teams) and Kadena softball (10-1 against American teams) are the favorites going into their respective tournaments next week, baseball hosted by Zama American and softball by Kadena.

Nine baseball and 10 softball teams, each of them DODEA Pacific, will vie for those initial Far East crowns.

It&#8217;s especially nice, Toor and Costa said, that Far East happened this year because they have big groups of seniors, six at Kubasaki and eight at Kadena. They include Kubasaki slugger Kaleb Robinson and pitchers Patrick Duffy and P.J. Varner and Kadena&#8217;s versatile Mary Schweers and slugging outfielder Chelsey Warner.

"It&#8217;s really special for them," Costa said of the seniors, some of whom have played for Toor and Costa for four years. "We&#8217;ve worked too long and too hard for them to not enjoy the benefits of that first Far East. It&#8217;s a nice way to end your high school softball career."

It can also be a r&#233;sum&#233; builder. Costa and Toor agreed that the title of "state champion" can go a longer way toward a possible college scholarship than a league championship.

If there is a negative to any of this, it&#8217;s that the season, three months long by the time of the Okinawa Activities Council district championship, is two weeks longer.