Baseball hopefuls chase their dreams at tryout in Ramstein 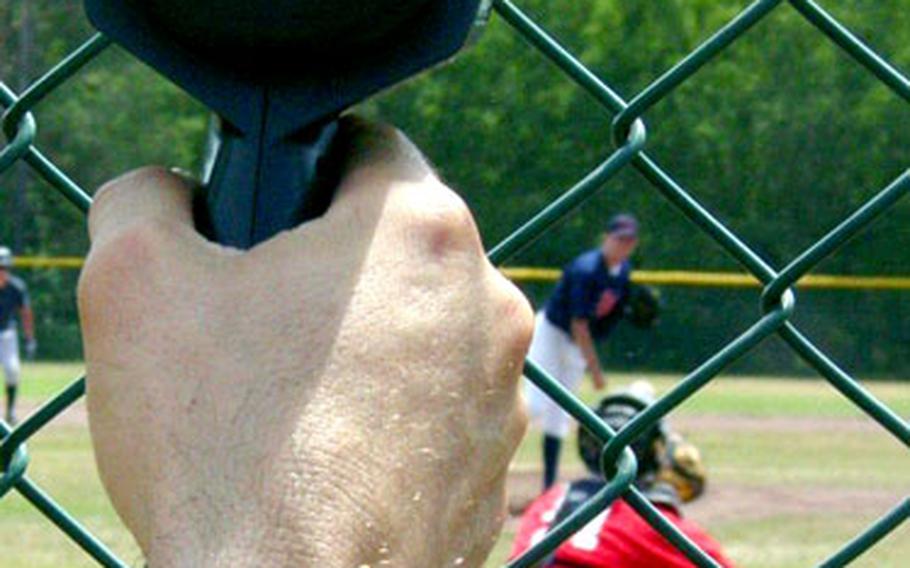 Pittsburgh Pirates scout Troy Williams uses a radar gun to find out the speed of a pitch during a tryout at Ramstein Air Base, Germany, on Sunday. (Scott Schonauer / S&S)

Pittsburgh Pirates scout Troy Williams uses a radar gun to find out the speed of a pitch during a tryout at Ramstein Air Base, Germany, on Sunday. (Scott Schonauer / S&S) 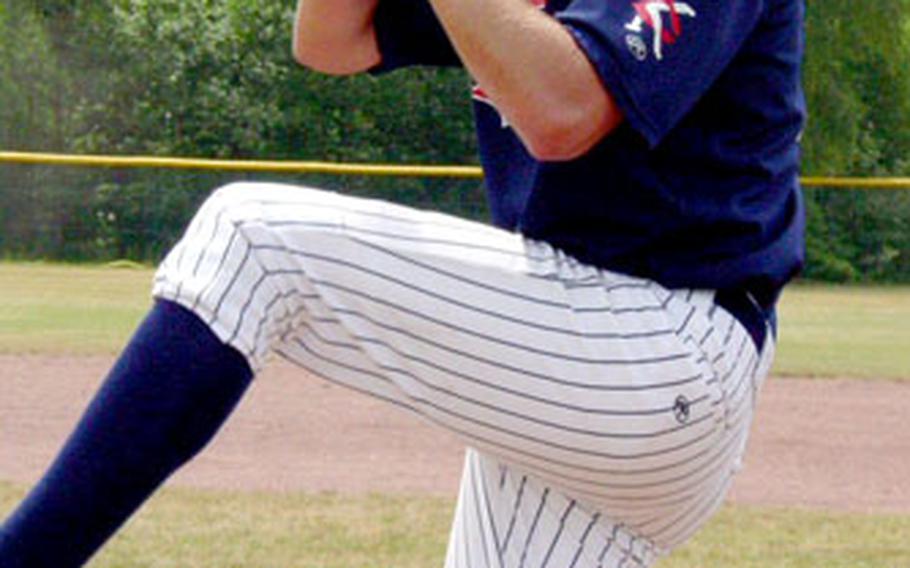 John Torris, 19, winds up for a pitch on Saturday at Ramstein Air Base, Germany. Torris and about 30 other baseball players participated in a tryout for the Pittsburgh Pirates. (Scott Schonauer / S&S) 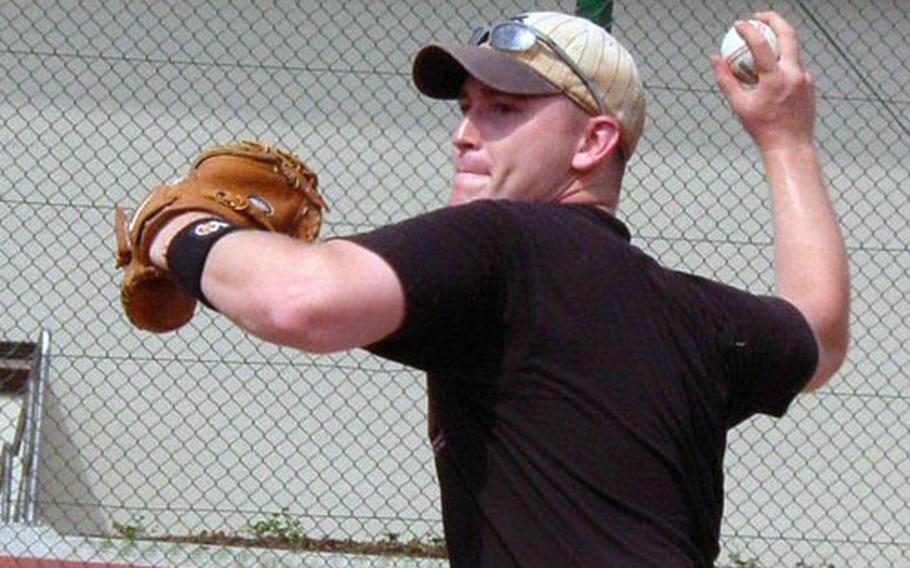 RAMSTEIN AIR BASE, Germany &#8212; Senior Airman Christopher Richman works at an Air Force post office, but his boyhood dream has always been to be a professional baseball player.

So when he heard the Pittsburgh Pirates were holding an open tryout on Sunday at Ramstein Air Base, he jumped at the chance to see if he had what it takes to trade his service uniform for pinstripes.

He found out he should probably stick with his day job. The Indiana native admitted he didn&#8217;t do as well as he had hoped.

Richman, 26, can take solace in the fact that he&#8217;s not alone. None of the 28 other players signed a contract either.

Most went home disappointed but glad they tried.

Troy Williams, a Pirates scout who travels to Europe each summer looking for talent, said he didn&#8217;t expect to find the next Barry Bonds or even anyone who could make a minor league club.

Most walk-on tryouts fail to uncover top prospects. But occasionally they do find a diamond in the rough. This was the team&#8217;s first tryout on a U.S. military base in Germany.

The tryout brought out a wide range of players with skills, from some who could throw nearly 80 mph off the mound to those who could barely throw. Ages ranged from 16 to 30 years old.

Lionel Chattelle, who coaches a German baseball team in Bonn, contacted Williams in hopes of landing a tryout for military personnel and other Americans stationed in Germany. He believes there are talented ballplayers in Europe that might be close to making a step to the next level.

Europe is not known as a hotbed for baseball recruits, but Chattelle said the sport has grown tremendously in the last five years. Germany, the Netherlands, Italy and Spain have competitive leagues.

During Sunday&#8217;s tryout, players were timed running 60 yards. Then, players at each position were tested and evaluated. The tryout culminated in a three-inning game among the hopefuls.

Even if a scout were to like the skills of one player, they would still have a long and hard road to the majors. Prospects signed to contracts first must prove themselves in the minor leagues, often working for low pay with small town teams across the U.S.

Army Sgt. David Cox, 28, who is stationed in Heidelberg, would love that chance.