Bailey had to shoulder more of load to help Panthers repeat 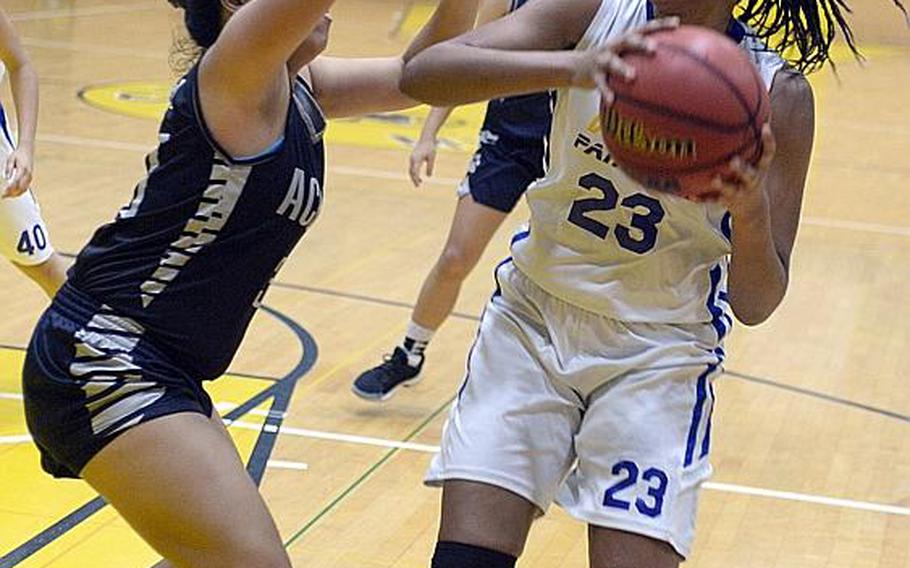 The 6-foot-2 center was to be the inside half of a pair of basketball players sharing the same surname (not related), the outside half being senior guard Jamia Bailey.

What the two Baileys hadn’t counted on – and the rest of the team, for that matter – was Jamia facing emergency surgery over the holidays. It sidelined her for four games and limited her minutes for the next four. And it forced the inside half of Bailey and Bailey to give to the Panthers things that she’d not have to give before.

“When she (Jamia) was gone, everyone was scared about games and us losing,” Britney said. “I had to instill confidence in my teammates, tell them just because we have one teammate gone, doesn’t mean we can’t come together and improve our skills.”

Encourage and cheer for them. Correct their mistakes. Calm them down when they would get upset. “I had to be a better leader,” Bailey said.

That Britney was going to post her usual dominant stats was a given – she averaged 19.7 points, 10.7 rebounds, 2.6 steals and 2.1 blocked shots per game for a Panthers team that went 26-5 this season.

For all that, Bailey has been named Stars and Stripes Pacific’s girls basketball Athlete of the Year for the second straight year.

With Jamia sidelined, Britney, normally accustomed to taking passes inside, posting up and dominating inside the paint, would assume some of Jamia’s tasks, such as bringing the ball upcourt, passing to a teammate who would then make an entry pass to Britney inside.

“I wasn’t a second point guard, but my teammates needed help, so I wanted to help them with that,” Bailey said. “I had to play point guard for a little bit just to get the ball rolling … I had to be able to control my skills and know what I needed to do and when to do it.”

She also spent time developing the skill level and confidence of teammates such as Jordyn Logue, a senior forward, and Emily Taynton, a sophomore guard, who became valuable cogs in the Panthers’ wheel.

Yokota transformed itself into a more complete team, instead of just two Baileys and a cast of seven, Wrenn said. “When we finished, a couple of coaches at Far East said they noticed how we were able to balance out the team,” Wrenn said.

Bailey will complete her career at Yokota in track and field hurdles. But she says she can walk away with the comfort that in her two team sports, volleyball and basketball, “I was able to be a part of a team that could get two Far Easts two years in a row,” she said. “I didn’t think I’d have this opportunity. It feels amazing.”