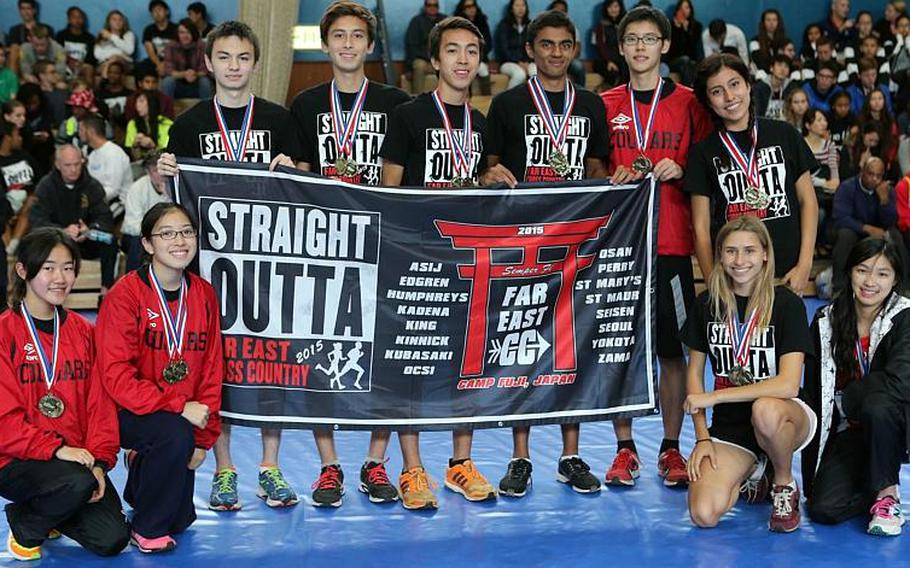 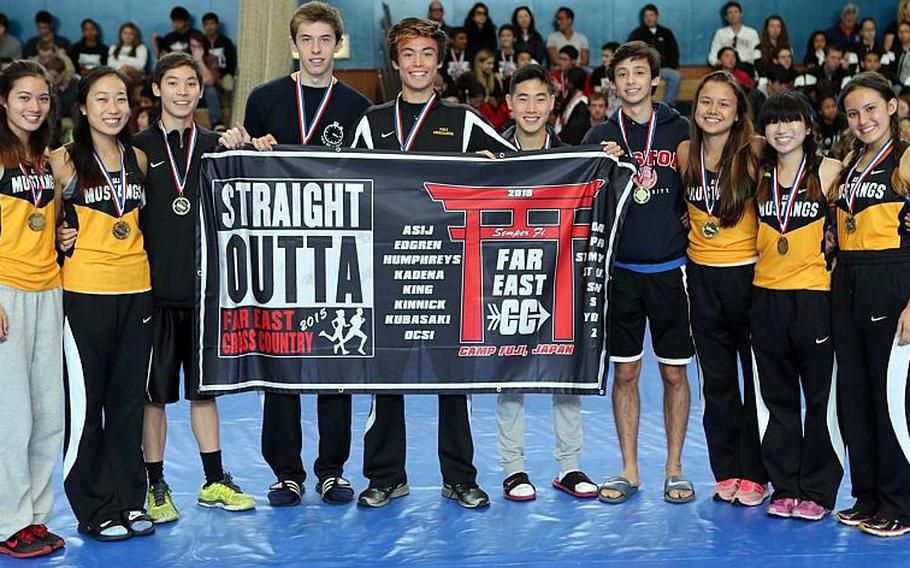 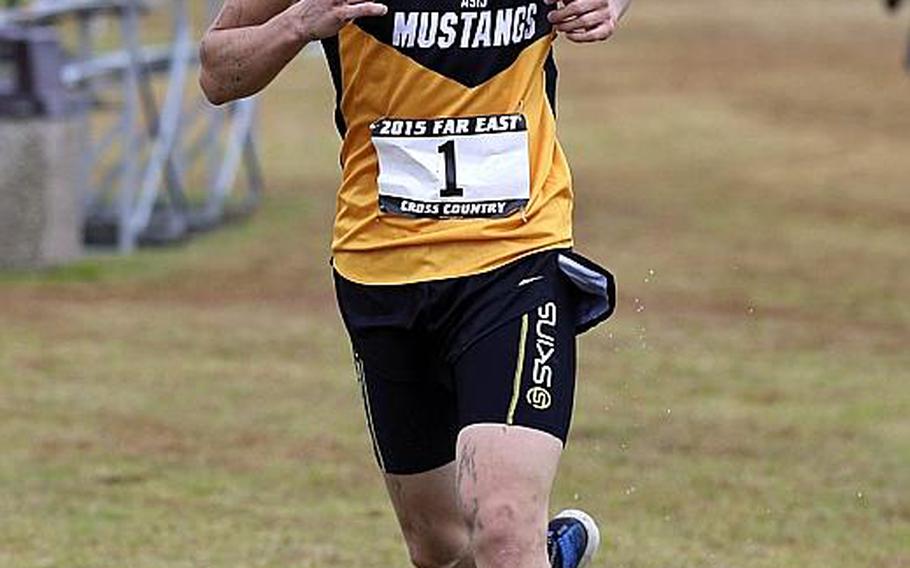 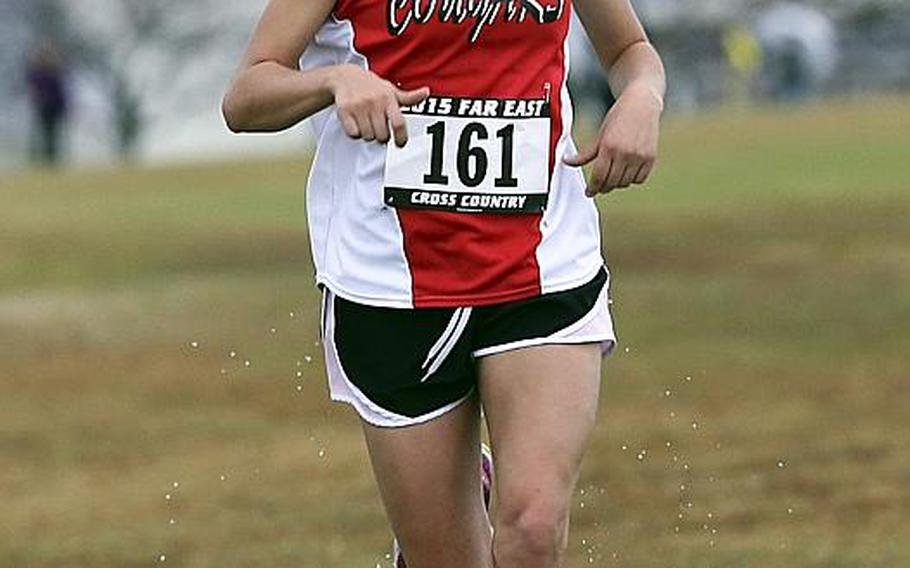 CAMP FUJI, Japan – Individual runners basked Monday in the spotlight of triple-crown achievement. On Tuesday, it was time for teams to similarly shine.

While Yukevich and Nunnely each led solid casts of respective boys and girls runners, each credited their schools’ opposite gender groups for getting “a lot stronger this year,” as Yukevich put it just after Tuesday’s team relay portion of the meet.

“They all stepped up, they worked hard during the off-season and improved a lot,” Yukevich said of a girls group that also featured Tatiana Riordan, Emma Wingfield-Hayes and Anna Sheng.

“As a team, we push each other; that’s why we are able to compete every single year,” Yukevich said.

Yukevich also gave a tip of the hat to the Mustangs’ coaching staff for providing the team with a workout regimen that the runners use in the offseason and during the year.

Nunnely, for her part, had teammates Allison Hao and Emma Tamura running in the D-II top 10 – “They helped me push and helped the entire team, Nunnely said.

But the boys also featured a pair of top-10 runners as well in Avkash Mukhi and Sotaro Hirai, which gave the Cougars a strong contingent in the team relay.

“Really spectacular,” Nunnely said of the improvement of the Cougars’ boys team.

Volleyball American School In Japan volleyball took a major step toward regaining the Division I title it held from 2011-13, capturing the top seed and a first-round bye coming out of round-robin play. Defending champion Kubasaki earned the No. 2 seed. The playoffs begin Wednesday at South Korea’s Yongsan Garrison.

The same teams that finished in the top three of the Division II tournament last year are back in the same spot heading into elimination play that begins Wednesday at Yokota Air Base’s Samurai Fitness Center in Japan.