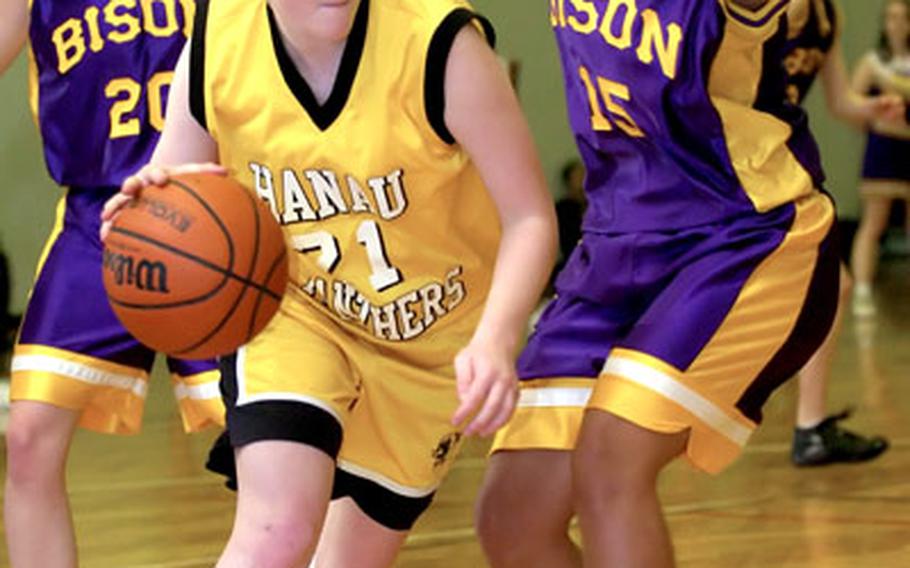 All eyes will be on the Ansbach Lady Cougars when the European basketball championships tip off Wednesday in the Heidelberg-Mannheim area.

The Lady Cougars, the defending Division III champions, are not only looking for another title, they also have a chance to tie the DODDS record for most consecutive victories.

If the Cougars run the table, they will have won 34 straight, a record set by the Ramstein Lady Royals from 1998-2000.

And Plummer sees plenty of challenge in the Division III field.

In the other divisions:

Kaiserslautern&#8217;s Corey Sullivan is hoping his team&#8217;s attitude will help the Lady Raiders overcome what he sees as a Division I field consisting of &#8220;five strong teams.&#8221;

K-town split its two-game series this season against Heidelberg and International School of Brussels, but compiled an unbeaten conference record by winning the second game of each series: the one that counted in the conference standings.

In addition to ISB and Heidelberg, Sullivan expects defending champion Lakenheath and Ramstein, the 2004 runner-up, to contend.

In Division II, the Bitburg Lady Barons will try to rise from a probable No. 7 seed to win an unprecedented fifth straight European girls crown.

But north of the Alps, Division II has been the special province of Mannheim. The Lady Bison&#8217;s disciplined style under coach Adrian Crawford produced an 11-3 overall record and a 7-0 conference mark.

But Mannheim is sure to be tested by unbeaten and experienced Italy champion Naples and Italy runner-up Aviano, along with Division II league foes Vilseck, Hanau and Patch, all itching for revenge for tough losses.

It&#8217;s the battle of the strangers as teams such as Lajes, Incirlik and Ankara join Iceland, Milan and III-North foes Alconbury, Menwith Hill and Brussels in the battle to reach Friday afternoon&#8217;s title game.

Division I also decides its champion on Friday at BFV Sports Arena, while Divisions II and III will wait until Saturday at the same sites to settle their title games.