A triple threat from Heidelberg 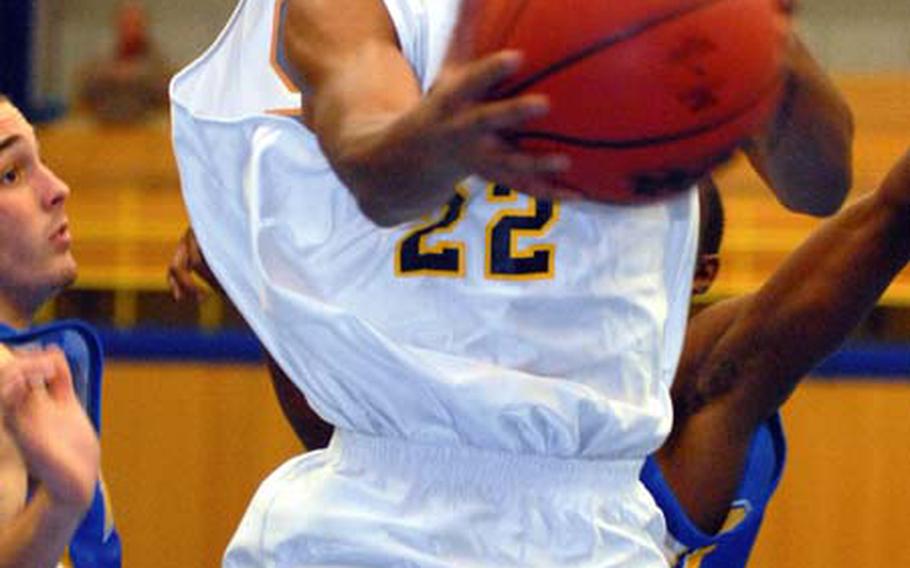 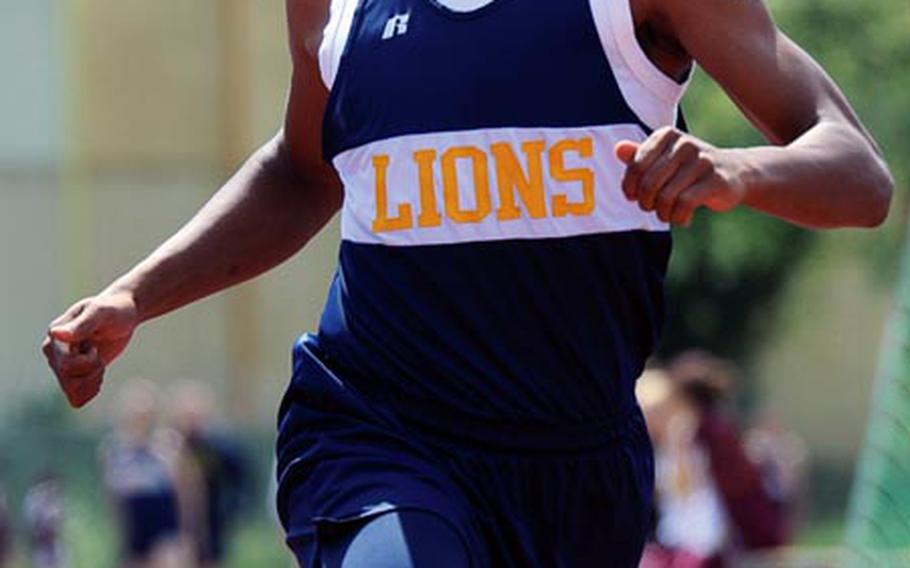 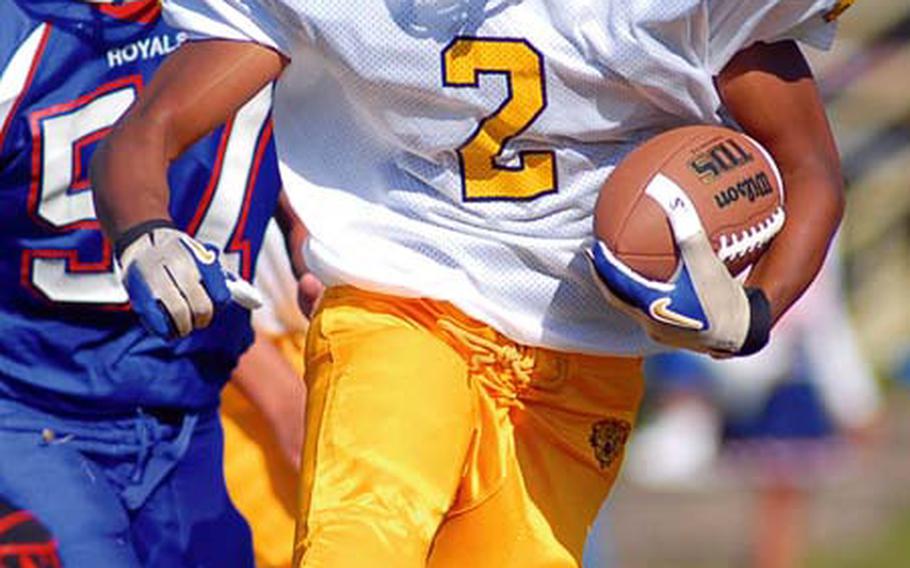 See if the year you had measures up to the one achieved by three-sport star Chris Frazier of Heidelberg.

To start his senior sports year last fall, the 6-foot, 175-pounder mastered a new position for the European Division I championship football team.He followed that with an All-Europe season at guard for the D-I runner-up basketball team.Last month, Frazier accounted for 22 of the 70 points Heidelberg scored in finishing second, by just three points, to Ramstein in DODDS&#8217; European track and field championships. Frazier also contributed to 10 Heidelberg points in anchoring the Lions&#8217; winning 4x100 relay team.In light of that, you might not expect Frazier to be particularly startled when a panel of coaches and administrators selected him the DODDS-Europe male athlete of the year for 2008-2009.

"I was surprised," he said by telephone Monday. "I thought the guy from AFNORTH (Brock Blankenship) would get it."

According to DODDS-Europe athletic coordinator Karen Seadore, the panel was unable to consider Ruiz because it&#8217;s limited to nominees who are their schools&#8217; athletes of the year. And AFNORTH&#8217;s athlete of the year, Blankenship, missed out, she believes, when the panelists rated Frazier&#8217;s spring higher than his.

"Chris got the majority of the votes," Seadore said Tuesday by telephone, "but no one gave any reasons."

In addition to his golden spring, Frazier must have impressed the panel by the way he adjusted to his new place on the football field. Frazier, who quarterbacked Heidelberg in 2007, moved to slot back in August to make room for new QB Jimmy Montfleury, an All-Europe transfer from Rota.

But not without trepidation.

"It was a shock," Frazier recalled about his team&#8217;s cold start in its biggest game of the season. "We came out big-headed. We just expected to three-peat."

Slow starts were no problem in the spring.

Frazier ran 10.91 in the 100 meters during the season but finished second to Lakenheath&#8217;s Lenell Joyner in the European final, running an 11.44, which would have won two of the past three European golds.

In what he called the highlight of his year, Frazier, who finished second at 200 meters in 2007 and skipped track the following year to concentrate on basketball, blazed to the 200-meter gold in 22.24 to dethrone champ Julius Johnson-Rich of Patch. "That was the main reason I came back (to track)," Frazier said. "I saw his time last year (22.93) and knew I could do better than that. The 200 is my favorite event."

Frazier said he has been talking to a school about playing basketball, but for now he&#8217;ll stay in Heidelberg, working on, among other things, his basketball game. He will play for a local men&#8217;s team in the German second division and performing in Florida for Europe&#8217;s first AAU team.

"His strength is in the open court," AAU coach Bobby Seaberry of Ramstein said by telephone Tuesday. "He&#8217;s very talented and he&#8217;s very quick. He&#8217;ll help spread his quickness to our other guards and our big men."

For his part, Frazier relishes his latest challenge. "It&#8217;s a great opportunity," he said. "It&#8217;ll do nothing but get better and better."