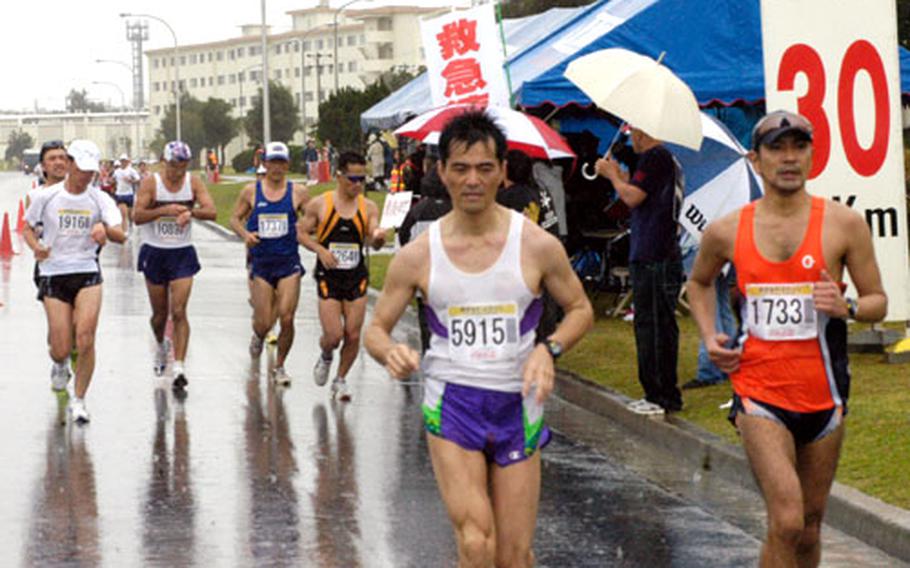 Runners in the 12th annual Okinawa Marathon stride through Kadena Air Base&#39;s gate #2 and past the 30-Km checkpoint. The race course was set thru 12 different cities, towns, and villages of central Okinawa. (Mark Rankin / S&S)

Runners in the 12th annual Okinawa Marathon stride through Kadena Air Base&#39;s gate #2 and past the 30-Km checkpoint. The race course was set thru 12 different cities, towns, and villages of central Okinawa. (Mark Rankin / S&S) 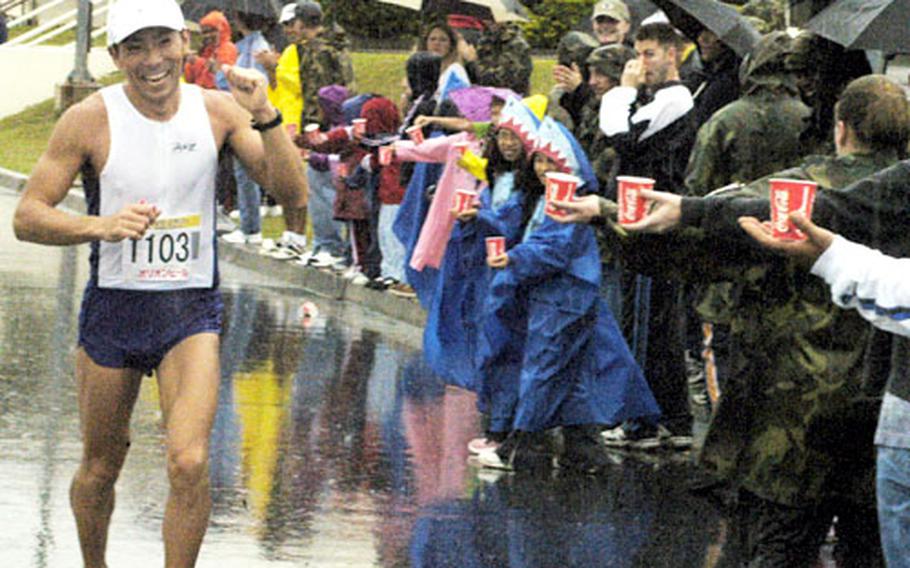 A runner in the Okinawa Marathon smiles as he passes volunteers and well-wishers near Kadena Air Base’s Exchange. (Mark Rankin / S&S)

Fans lining the 17-mile point of the 26.4-mile race provided some the boost needed to finish the race.

Contestants started at 9 a.m. from the Okinawa Comprehensive Park on the eastern coast; the lead runners entered Kadena&#8217;s Gate 2 around 10:40 a.m. The last runners left the base by 2:30 p.m.

Before exiting at Gate 5, the course ran along three of the base&#8217;s busiest thoroughfares: Kuter, Douglas and Schreiber avenues, which loop around the heart of Kadena&#8217;s services district.

Cloudy skies and scattered rain showers didn&#8217;t seem to dampen the spirits of supporters or runners.

During the race thousands of cheering fans and volunteers lined the race course to hand out water, fruit and encourage the runners.

In the men&#8217;s division, Tomotsugu Yamauchi from Kumamoto, Kyushu, finished the race first with a time of 2 hours, 24 minutes and 14 seconds.

The Okinawa Marathon is one of two major races held on Okinawa each year and is the only one in Japan that includes a run through a U.S. military installation.