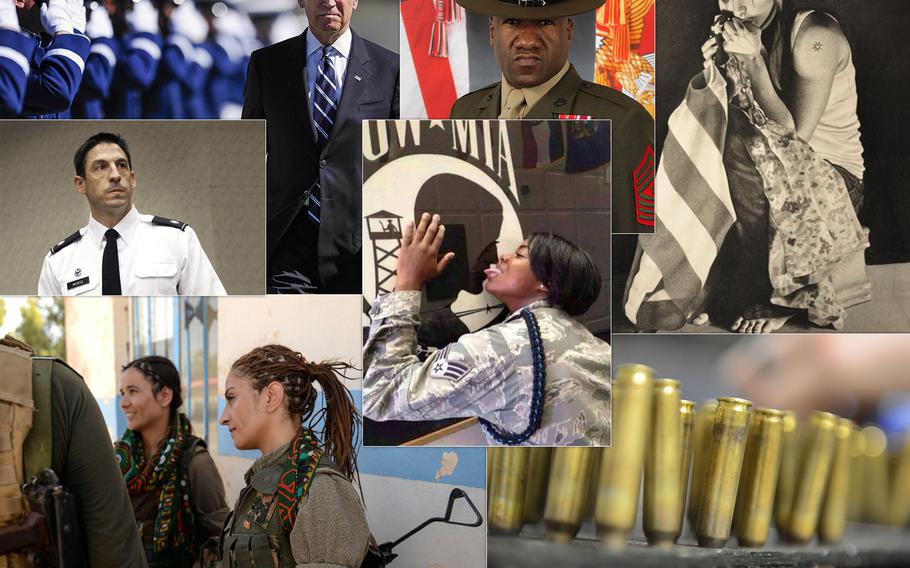 Word gets around online — especially if the news is bad behavior by troops.

That was reflected in stripes.com's most read articles of 2014, where three of our website's top 10 stories were about troops under investigation over an incident. Social media outrage no doubt propelled the stories to the top of the list.

Female fighters of the PKK may be the Islamic State's worst nightmare, by Seth Robson of Stars and Stripes, posted Aug. 30.

A civilian engineer at Norfolk Navy Shipyard was arrested and charged with trying to pass U.S. military technology to the Egyptian government.

No. 7Former Marine wins award for self-portrait, by Victoria Brito, The Brownsville (Texas) Herald, posted May 12.

An Iraq and Afghanistan veteran received a Marine Corps Heritage Foundation award for her striking charcoal painting that portrays her clutching a uniform and American flag.

At the beginning of the year, the Defense Department removed and added regions to the list of areas where servicemembers qualify for imminent danger pay.

DOD wants bullet that can change direction after being fired, by Matthew M. Burke of Stars and Stripes, posted Dec. 15.

In a story that went viral online, a YouTube video posted by secretive military tech agency DARPA shows tests for a program to develop ammunition that can change direction in midair.

The sergeant major at Marine Corps Recruit Depot Parris Island, S.C., was charged with third-degree assault and battery after a confrontation with a protester outside the base.

Amid rising reports of sexual assault in the military, the Army's top prosecutor for sexual-assault cases was removed from his job while the Army investigated a report that he had tried to kiss and grope a subordinate lawyer at a sexual assault conference two years prior. The story was picked up by several major media outlets.

According to a government watchdog report, the Pentagon plans to destroy more than $1 billion worth of ammunition, some of which could still be used by troops.

A photo that went viral on social media of an airman posing with her tongue "licking" the mouth of the silhouetted prisoner of war in the iconic POW/MIA emblem sparked outrage with readers and veterans and "disappointed" Air Force officials. A spokeswoman at Fairchild Air Force Base identified the airman and said an investigation had been launched.