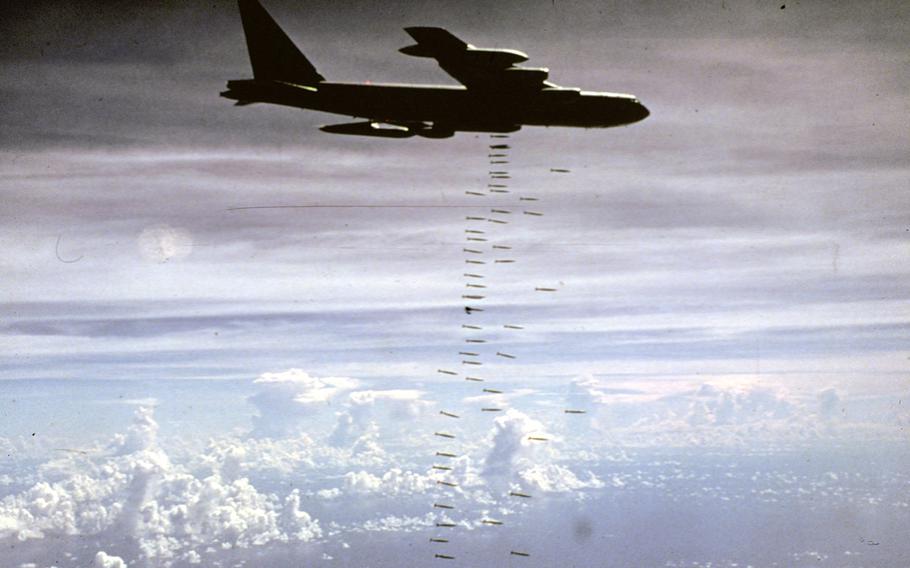 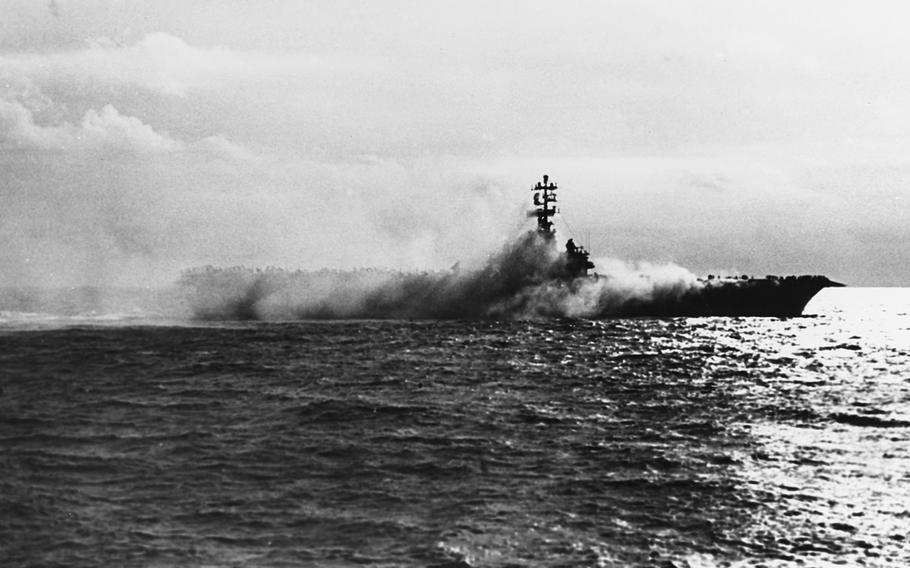 Feb. 14: While operating in the Gulf of Thailand off South Vietnam, PCF-4 is sunk by an underwater mine, killing four of her six crew. She is the first Swift Boat lost in action in Vietnam.

April 1: U.S. Naval Forces Vietnam, responsible for all U.S. Navy forces in South Vietnam and some offshore units, is established under the command of Rear Adm. Norvell G. Ward.

April 12: Strategic Air Command B-52 bombers strike targets in North Vietnam for the first time. They hit a supply route in the Mu Gia Pass, north of the Demilitarized Zone. A B-52 bomber drops 1,000- and 750-pound bombs on a target 25 miles from Bien Hoa Air Base.

April 26: Flying a U.S. Air Force F-4 Phantom equipped with Sidewinder missiles, Maj. Paul Gilmore and 1st Lt. William Smith down the first MiG-21 over North Vietnam. The appearance of the MiG-21 in the skies of North Vietnam in 1966 signals an escalation of the air war. From 1966 onward, these planes operate sporadically, mainly in the air defense role. The MiG-21 was powered by an afterburning turbojet and could achieve speeds in excess of 1,300 mph.

July 6: Fifty-two American prisoners of war are marched through the streets of Hanoi by their captors and are battered and bloodied by the many thousands of spectators. The propaganda event provokes widespread condemnation in the United States and produces shock waves at home and abroad that compel the Johnson administration to come to grips with the prisoner of war issue as a day-to-day problem.

July 7-Aug. 2: The 3d Marine Division Task Force Delta conducts Operation Hastings just south of the Demilitarized Zone dividing the two Vietnams. The Marine task force successfully repulses the 324th PAVN Division in its attempt to move into northern Quang Tri province. This marked the beginning of the North Vietnamese effort to move in strength directly through the DMZ. It would result in the move of the entire 3rd Marine Division northward to establish a forward headquarters at Dong Ha in northern Quang Tri province.

Aug. 30: Taking over from Army pilots, naval aviators begin flying UH-1B “Huey” helicopters in support of riverine operations. The success of the helicopter missions results in the eventual establishment of Helicopter Attack (Light) Squadron 3. Called the Seawolves, it is one of the most highly decorated Navy squadrons in the Vietnam War.

Sept. 1: The first Purple Dragon study begins in September 1966 and lasts for six months. National Security Agency civilians and U.S. Navy personnel examine the problem of operational security during the air war in Vietnam. In particular, the study seeks to determine how the North Vietnamese get early warning of Rolling Thunder and Arc Light strikes. Purple Dragon studies became the foundation of the operational security concept adopted by the U.S. military.

Sept. 6: The U.S. Marine Corps asks women Marines to volunteer to serve in the Far East. By February 1969, more than 100 women are stationed in Japan and Vietnam.

Sept. 8: The 11th Armored Cavalry Regiment arrives in Vietnam. The only U.S. armored cavalry regiment to fight in the war, it would use its 51 tanks, 18 self-propelled howitzers, 48 helicopters and more than 300 armored personnel carriers to inflict heavy damage on the enemy in the open terrain of South Vietnam’s III Corps Tactical Zone.

Oct. 26: In the first of three disastrous fires on board aircraft carriers during the Vietnam War, a fire in a flare locker on board the USS Oriskany takes the lives of 44 men.

Nov. 29: The Marines establish a one-battalion base area near the U.S. Special Forces Camp at Khe Sanh in northwestern Quang Tri province. This is the first establishment of a permanent Marine base at Khe Sanh.

Dec. 14: The Air Force loses its first plane to an air-to-air missile fired by a MiG-21 over North Vietnam.