Trump's military pick for VP now looks less likely ... no one should be surprised 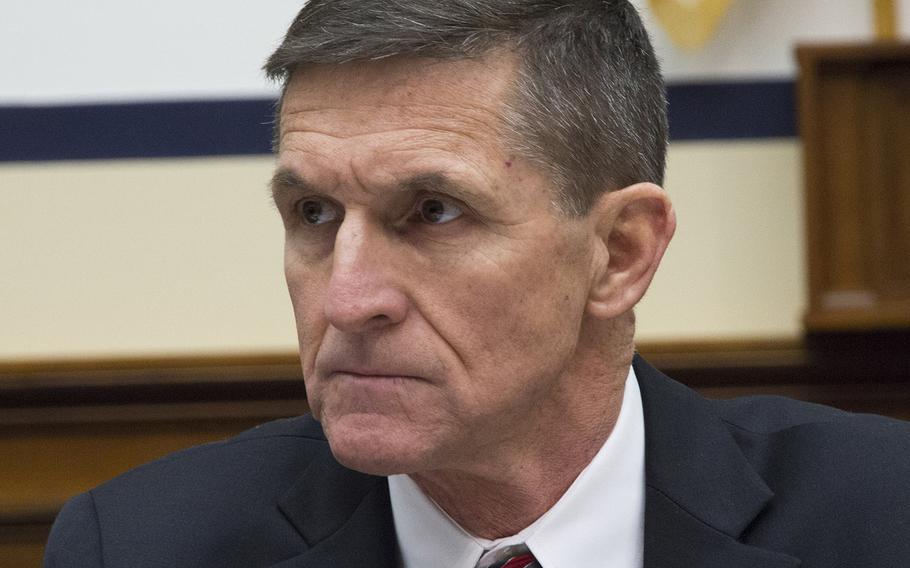 Over the weekend, chatter around the GOP veepstakes went into overdrive as another contender, Ret. Gen. Michael Flynn, was reportedly being vetted as a potential running mate for presumptive GOP nominee Donald Trump. But on Monday morning, in an interview with The Post, Trump suggested he was leaning toward an establishment politician who would be "good for unification," saying "I have such great respect for the general, but believe it or not that will be one of my strong suits."

Here's why that news isn't surprising: Yes, there's that not-so-little issue of Flynn indicating he supports a woman's right to choose in an interview with ABC's Martha Raddatz Sunday. (Fox News reported Monday he has clarified that statement, insisting he is "pro-life.") But as The Post examined in March, a major political party also has not had a general or admiral as a vice presidential candidate on its ticket in the modern era. Plenty of candidates have been veterans, but just two career military officers have run as vice presidential candidates since World War II, and both ran as independents.

The first was Curtis LeMay, a heavyweight in U.S. Air Force history who ran on former Alabama Gov. George Wallace's independent ticket in 1968. The leader of U.S. Strategic Air Command who led key bombing raids in World War II and who an ultimately became chief of staff of the U.S. Air Force, the gruff, cigar-loving hawk was seen as helping to inspire Stanley Kubrick's 1964 Cold War satire 'Dr. Strangelove.'

The other was U.S. Navy vice admiral James Stockdale, who was Ross Perot's running mate in 1992. A Vietnam War hero who was tortured and had been president of the Naval War College, Stockdale may be most remembered for the rhetorical question he asked in that year's vice presidential debate: "Who am I? Why am I here?"

Military commanders are not picked very often, historians told me at the time, because they're less well known today, because they may not be interested in playing second fiddle and because they may not want to take on a job that is inherently political. Many don't vote while the serve in the military -- as Flynn told Raddatz Sunday, "I didn't vote much at -- in the military because I served whoever was the commander in chief in the military." They're picked by independents (recall that Mike Bloomberg was reportedly vetting Michael Mullen, the retired admiral and former chairman of the Joint Chiefs of Staff when considering a presidential run) for seeming nonpartisan.

Trump, meanwhile, is certainly an outsider (and like Perot, a wealthy businessman), but he's very much running as a Republican, not an independent. With extraordinary divisions in the party, it makes sense he could see someone with a political background as having the edge. In a race this polarized, healing divisions within the party could be more of a priority than picking up independents.

Moreover, generals' career serving commanders in chief of both parties may make them less oriented toward playing the role of political attack dog on the stump. That's something Trump's blunt, aggressive campaign style doesn't necessarily need, but that the tone and tenor of this year's extremely negative campaign would seem to command. In the Raddatz interview Sunday, Flynn didn't shy away from sharply criticizing Clinton, labeling recent remarks from her "totally irresponsible." But when asked about the decision not to charge her over the email probe, he focused more on FBI Director James Comey's commentary than on Clinton herself.

Of course, with speculation reaching a fever pitch -- Trump told Cillizza he'll make the decision in the next "three to four" days, and the answer could always swing again -- let's hope the most important resume factor for any potential No. 2 on either side of the aisle doesn't get overlooked.

It's worth remembering that military or non-military, establishment or extremist party member, attack dog temperament or not, the vice president's most important job isn't to draw swing state voters. It isn't to draw in certain demographics or signal strengths that the top candidate is lacking. It's to have the leadership skills, experience and know-how to take over the presidency if the worst should ever happen.