In response to "PTSD study won&#8217;t help" (letter, Nov. 27): As a Marine on my second deployment (first to Afghanistan) and one of the subjects of the screening in question, I feel that, without the research, we cannot get that "ounce of prevention."

Here is the issue: Post-traumatic stress disorder is a mental illness and, as such, it should be looked at just like the medical community looks at other mental illnesses, such as depression.

Research has made many advances in the prevention and treatment of depression, bipolar and other mental illnesses. It is this Marine&#8217;s opinion that without the research that has already been done in the mental health field, many of the treatments and prevention methods would have gone undiscovered. As a relative of someone with a mental illness, I have seen firsthand what this research has accomplished. It has gone a long way to make the lives of those with these illnesses much better and has helped remove the stigma of having them.

As with everything in life, knowledge and understanding constitute the best medicine. You cannot treat what you do not know or understand. To use a reference [used by the letter writer], we did not know at first what caused lung cancer and other smoking-related illnesses until the research was done to discover that smoking was, in fact, the root cause.

I truly and wholeheartedly believe we are witnessing a medical breakthrough in the making, not only with PTSD but with other mental illnesses that people suffer from every day. 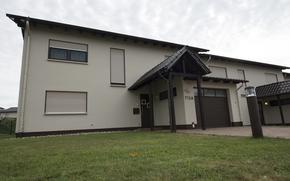