Fast take: Artificial intelligence, coming to a battlefield near you ... 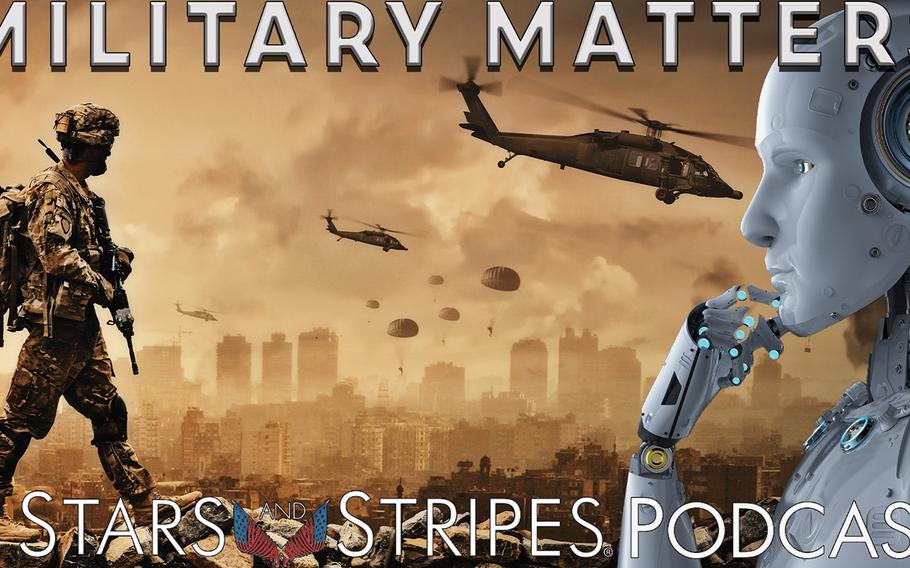 Virtual reality is rapidly changing how the U.S. military conducts training, and artificial intelligence is a key component in creating a truly immersive virtual training experience. But what exactly will AI’s role be on the battlefield of tomorrow?

In this fast take episode of Military Matters, Jack Murphy talks with Paul Scharre, vice president and director of the Center for a New American Security in Washington, D.C., about how AI will affect the future of simulation training and beyond.

“It's not something discrete like a missile or a stealth fighter jet, or even like an augmented reality kind of headset,” said Scharre, who also is a former Army Ranger who served in the 3rd Ranger Battalion and the author of “Army of None: Autonomous Weapons and the Future of War.” “What in sum we're talking about is an enabler of a whole bunch of different applications. … So they could be asked, well, what's the military going to do with AI, and I say well, you know, what's the military doing with computers or computer chips or networking? The answer is that's kind of embedded in everything the military does.”

Far from being the sole domain of science fiction books and films, AI is “simpler” and “more mundane,” Scharre said.

Scharre said the military could save “potentially big money” in improving maintenance and readiness with AI. But AI also could create more transparency in warfare, leading to deadlier combat.

“I think it's going to be increasingly hard to hide,” he said. “And you combine that with micro electronics, computer chips (that) have enabled precision guided weapons that allow you to now strike with tremendous amounts of lethality.”