Episode 8: The US military is betting big on virtual reality 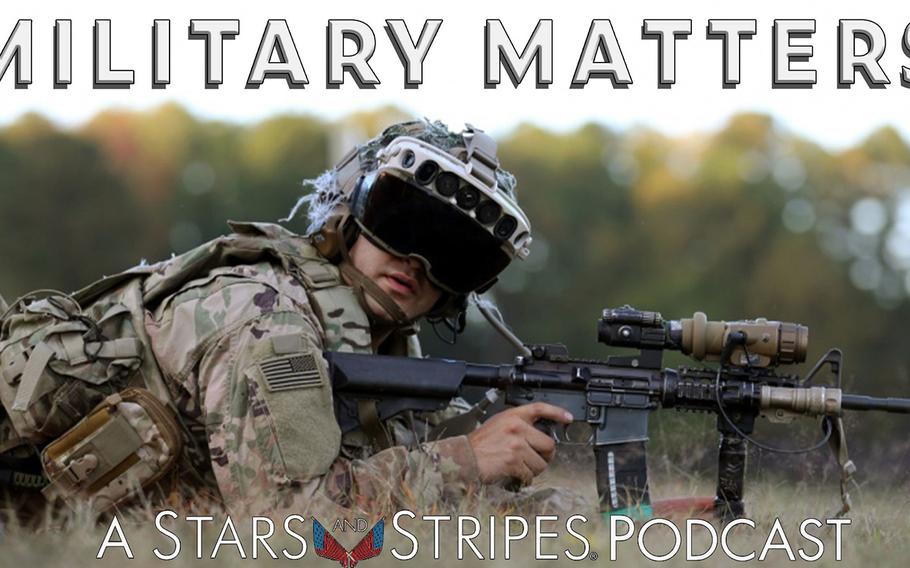 The future is now for virtual reality and augmented reality. The U.S. military knows it and is betting big on the technology.

The Army, for instance, has awarded a contract for more than $21 billion to develop VR headsets — Integrated Visual Augmentation System, known as IVAS. The idea is that the headsets can warn soldiers of potential threats by overlaying intelligence information directly into their field of vision.

This episode of Military Matters examines the pros and cons of VR with experts in the field: Palmer Luckey of Anduril; Garth Smith and Gareth Seburn of MetaVR; Kevin Cornish of Moth+Flame Virtual Reality; and Tony Isaacs of PLW ModelWorks.

"The interesting thing about HoloLens and IVAS and all of this is that it's not a new idea," says Luckey, who founded Oculus VR and designed the Oculus Rift before moving on to Anduril. "If you look back into DOD history, this idea of putting a heads-up display and a computer and a radio on every fighter has been around for a very long time."

Virtual reality training — whether it's completely virtual, augmented or a mix — saves money, can be safer and expands training to include more people. But is replacing real bullets with pixels the way to go?

"You can actually learn," Luckey says. "You take the weapon, you have to do all of the proper manipulations. You know, you have to drop the magazine ... you lock the bolt back, put the new mag in. ... It's not the same as actually doing it for real. But if you know how to do it in VR, you will definitely be able to figure out what to do the first time you're handed the real thing.

"That's a big step from if you were just reading about it in a book."

The catch is understanding that VR, as good as it can be, can't completely capture the feeling of firing with live rounds.