Zama has become the leader of the pack 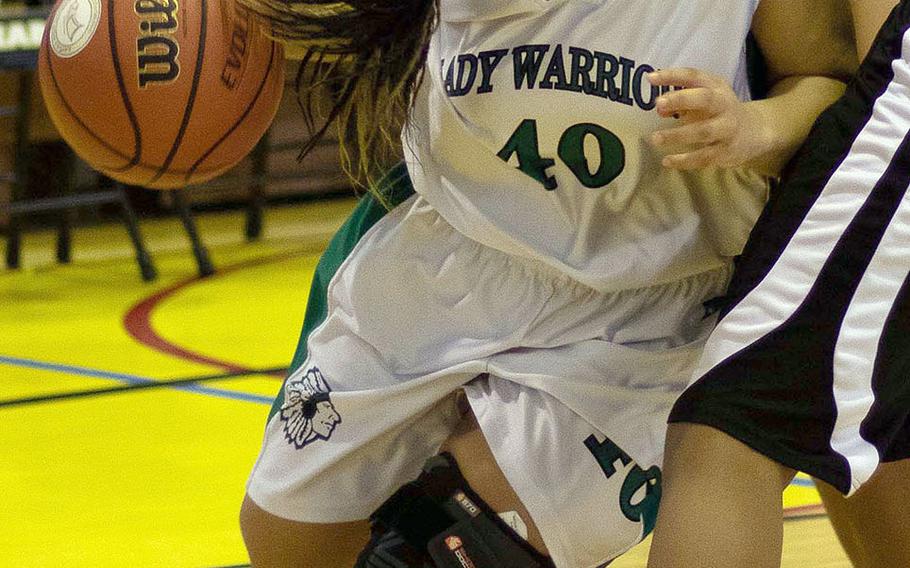 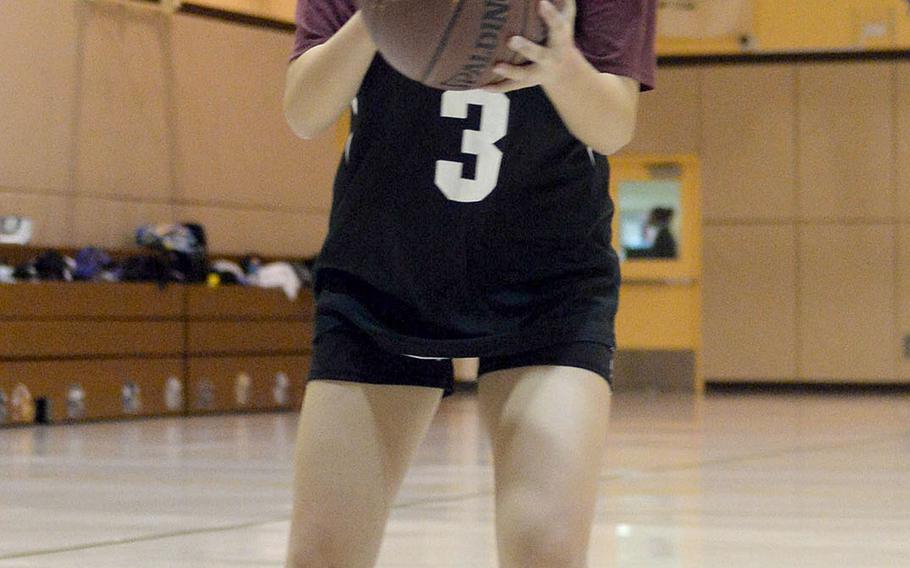 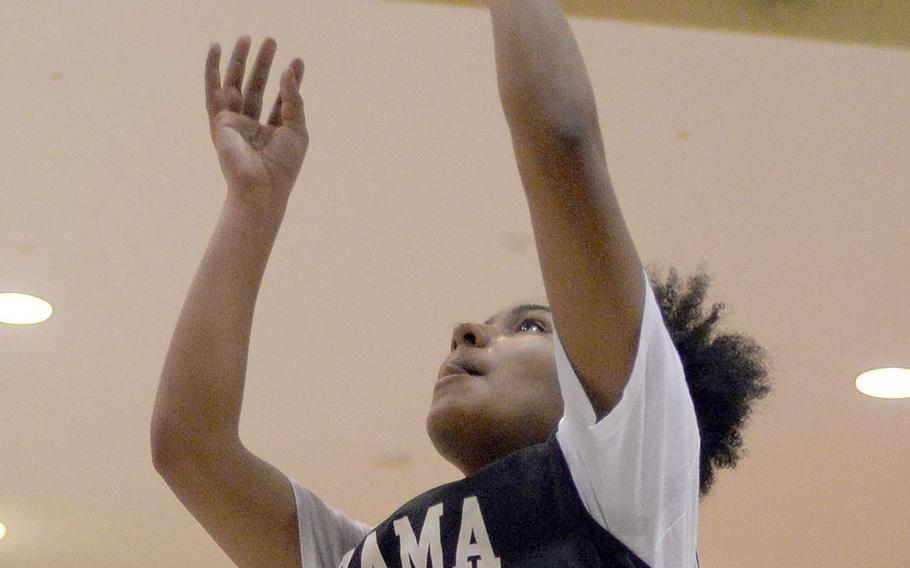 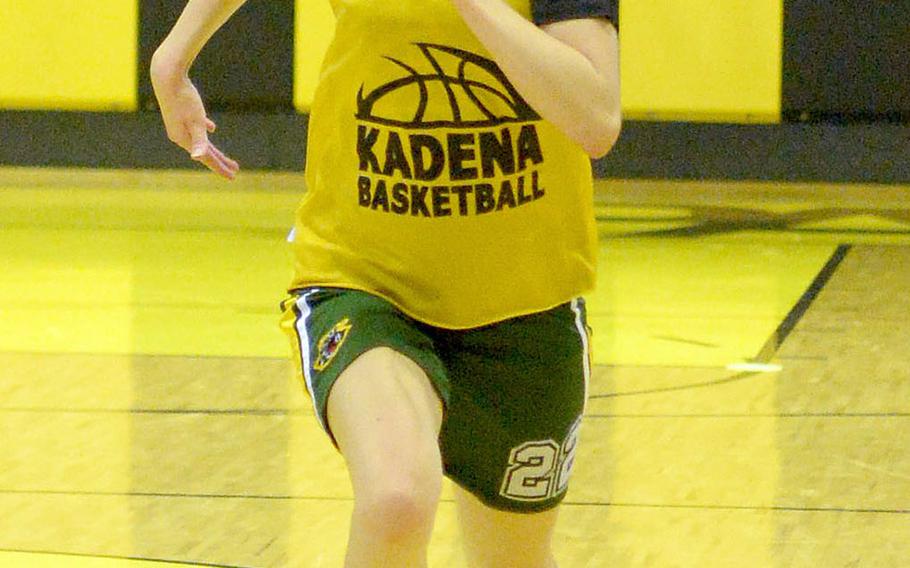 Sidelined for the start of practice in late November by a leg stress fracture, Kadena senior Lydia Rice was given medical clearance to start workouts on Tuesday. (Dave Ornauer/Stars and Stripes) 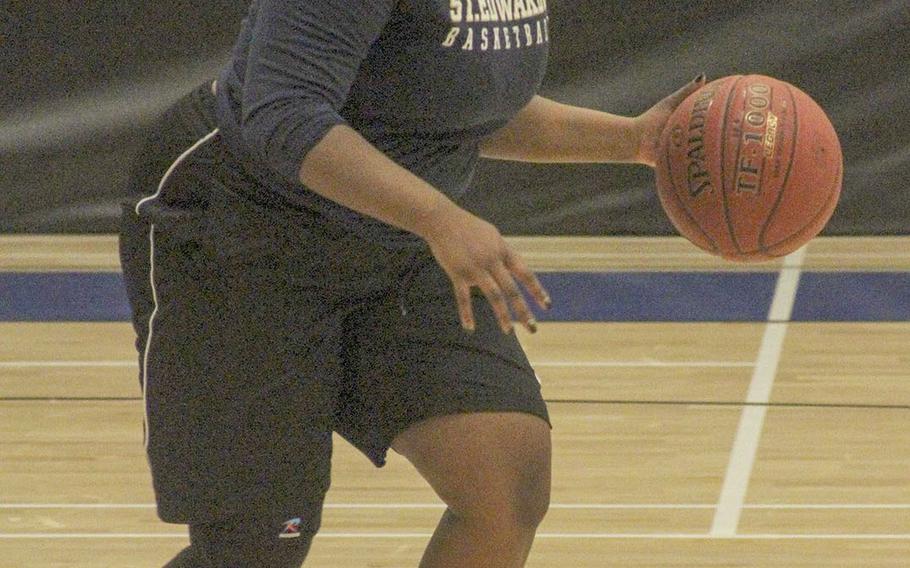 CAMP ZAMA, Japan – What a difference that first championship season has made for Zama’s girls basketball team.

Those numbers increased to 12 in November, just after the Trojans girls completed a school-first trifecta of Division II titles. They also won girls soccer last May and girls volleyball last month.

“Now that the other sports are winning, there’s more interest” in coming out to play for Trojans teams, said senior guard Kirari Smith, one of seven returning Trojans and one of three All-Far East starters.

“When I was a freshman, there wasn’t much interest in basketball (because) Zama had never won Far East before,” Smith said, adding that the atmosphere around school, in practices, is much different. “I’m so excited for this season.”

Another difference, Sterling noted, is that Zama carries the bull’s-eye that defending champions tend to bear.

“We know we have people watching us, but we’re ready,” Sterling said. “We have a new team, but we’re progressing, starting out really well.”

Despite the Trojans’ recent success, coach Daisy Whitaker-Hayes says she’s not wanting to look too far ahead or take anything for granted.

“I don’t like to make predictions; things change,” she said. “We’ll need good defense, small things like rebounding, boxing out, getting second opportunities on offense and putting everything we do in practice together.”

Still, the Trojans enter the season as the D-II team to beat, with the likes of Daegu, last year’s runner-up, chasing. Junior Bethani Newbold returns at point guard, but the Warriors must make do without middle force Dai’Ja Turner, who left for the States.

New to coaching in D-II are Michael Paul at Osan and McKinzy Best at E.J. King. New to the Division I coaching ranks is Joseph White, who takes over at Nile C. Kinnick.

Hoping to take the final step toward that Far East Division I title that’s eluded it the last three years since winning the 2016 title, Kadena though it would open the season without two of its key starters, including two-time All-Far East guard Atiria Simms.

But Simms got medical clearance to practice despite a knee-ligament issue, and senior forward Lydia Rice also returned to practice after recovering from foot stress fractures.

“I didn’t even understand what he said; it seemed frozen in time,” Simms said of when she was told by her doctor that she was cleared to work out. “He said you can play basketball. It’s crazy. We’re just going to see how it goes.”

Panthers coach Johnny Cooper said he’s anticipating having Simms up to full speed by the American School In Japan Kanto Classic in mid-January, while Rice said she anticipates playing in Friday’s opener at Kubasaki.

“I want to believe it when I see it,” Cooper said of Simms, adding that the Panthers were already strong without them, thanks to transfers and adding freshmen and sophomores who are not new to basketball. “We’re 13 deep, strong top to bottom.”

The Eagles lost three-time MVP Shanique Lucas – the coach’s daughter – to Division II Union (Tenn.), and finally lost an in-season game for the first time since 2017, losing a pool game in an invitational tournament in Taipei, which ASB went on to win.

“The girls are finding their way and adapting to games without her and adapting to new roles,” the elder Lucas said, adding that the Eagles were “fortunate” to beat host Taipei American in the tournament.