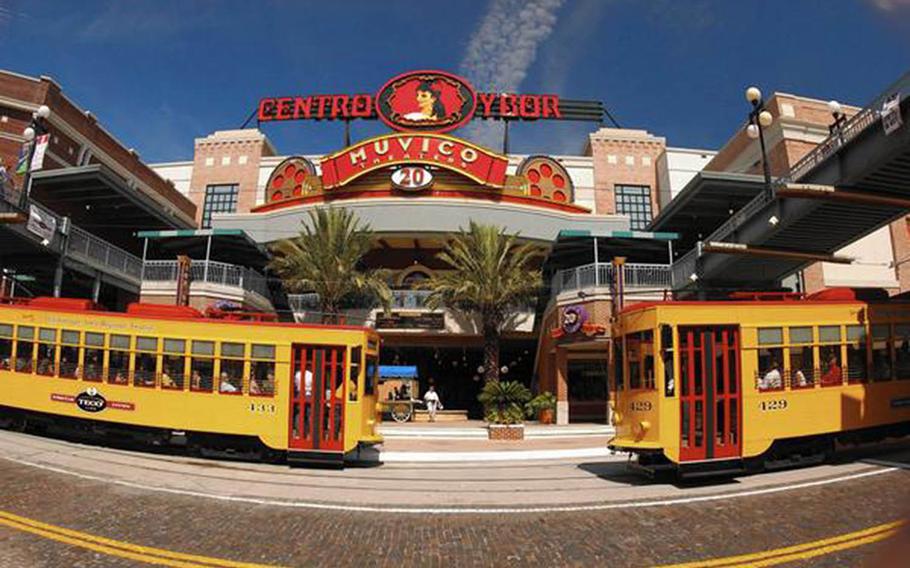 Think of it as Florida's version of French Quarter in New Orleans.

Ybor (www.yborcityonline.com) can be quiet at times during the mornings and early afternoons, with modest traffic to an array of coffee shops, patio cafes and local shops. But as the day progresses, the district wakes up.

The area is known for its happy hour, whether it's enjoying $2 martinis at the upscale Bernini of Ybor or margaritas on the patio at the Green Iguana. For beer lovers, check out New World Brewery on the west end, which has a wide selection of import beers on tap.

After the sun sets, the area becomes alive. Catch some great live music at Crowbar on 17th street or The Market On 7th.

For a laugh, check out The Improv. The comedy lounge is known for bringing in big-name acts as well as having an open-mic night for up-and-coming comedians.

Tourists like to flock to Coyote Ugly. It is one of 13 locations across the country for the famous bar where female bartenders dance and sing on bar tops. The 2000 film "Coyote Ugly" was set after the original New York City location.

For a more laid-back experience, you can wind down at the Ybor City Wine Bar.

Or if you want to keep your night going, a good place to do that is James Joyce Irish Pub on 8th Avenue.

Ybor was founded in 1886 and was an early hub for immigrants from all over the world, who came to work in cigar factories. The Latin influence can still be seen today, as well as Spanish, German, Italian and French, making it a great place to explore and absorb culture.