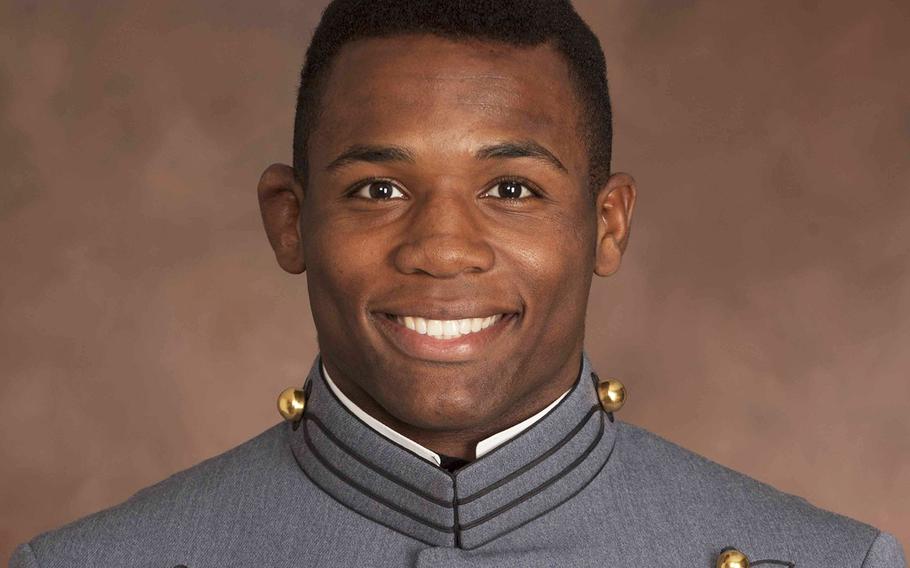 WASHINGTON — Christopher J. Morgan was identified Friday as the cadet killed in the military vehicle accident that also injured more than 20 other cadets and soldiers.

The U.S. Military Academy announced Morgan, part of the class of 2020, was killed Thursday when the military vehicle that he was traveling in rolled over en route to a land navigation training site at about 6:45 a.m. Two soldiers were transporting 20 cadets to participate in normal military training, Lt. Gen. Darryl Williams, the superintendent of the U.S. Military Academy, said Thursday during a news conference.

Morgan, 22, died at the scene of the accident from his injuries, according to a West Point news release.

The incident occurred near the Camp Natural Bridge training site, which is about 8 miles from the West Point campus. Williams said it was “not common for these vehicles to turn over” and described the area where the accident happened as rough, hilly terrain.

A native of West Orange, New Jersey, Morgan was studying law at the academy, according to West Point. He was also a recruited athlete as part of the Army wrestling team.

“We are devastated by the news of Chris’ passing. He was a talented, hardworking, and determined athlete who loved his sport,” Army West Point wrestling coach Kevin Ward said in a prepared statement. “Chris had an infectious personality with a smile big enough to fill any room, and a heart big enough to love everyone around him. He made everyone around him better and he will be greatly missed.”

Morgan had several extended family members who served in the military, according to his father Christopher Morgan Sr. He was the oldest of four siblings and his younger brother Colin Morgan will report to the U.S. Military Academy in July.

“He was my hero, and he was a bright light and he was a shining star. And we’ll always love him,” Morgan Sr. said.

Morgan was interested in branching infantry and going to Ranger School, his father said. He also planned to eventually go to law school and become a military lawyer.

On West Point’s Facebook page, Gene Mari Wallis-Morgan, who identified herself as his aunt, said her nephew “had such a beautiful soul and will be greatly missed by all who knew and loved him.”

“As a family we have followed Chris’ journey to West Point and are very proud of who he was and his choice to serve his country,” she wrote. “Our hearts are broken but, we know that Our Heavenly Father has a grander plan and our CJ is with Him and his grandmothers. Rest In Peace Sweet CJ, we love you.”

The school’s student body, the Corps of Cadets, will hold a vigil Friday night for Morgan, according to West Point. Next week, a memorial ceremony for the community and a private funeral service will be held at the academy.

“Cadet Morgan was a valued member of the Corps of Cadets and will be missed by all,” Williams said in Friday’s statement.

The other 19 cadets and two soldiers involved in the crash suffered non-life threatening injuries that ranged from a face abrasion to a broken arm, according to Col. Brett Venable, the commander of Keller Army Community Hospital at West Point, where some of the injured were treated.

The community is “ensuring that our cadets are being cared for physically, emotionally, and spiritually,” Williams said.

The accident is under investigation, he said.

The soldiers involved in the crash are from Task Force 1-28, 3rd Infantry Division at Fort Benning, Ga., said Kevin Larson, a spokesman at Fort Stewart, Ga., where the division’s headquarters is based. The soldiers are at West Point to support cadet summer leadership training.

The U.S. Military Academy at West Point is located along the Hudson River, just more than 50 miles north of New York City.