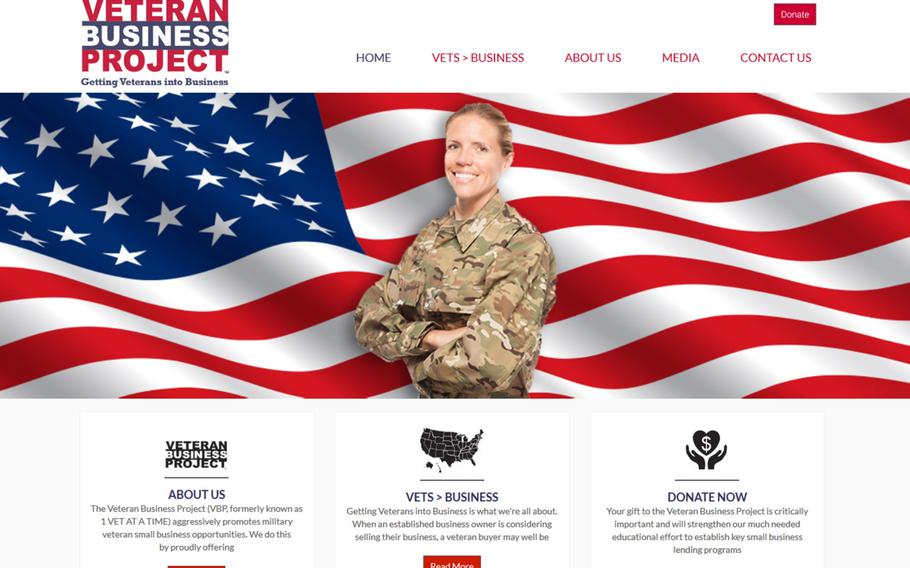 Veteran Business Project is an Illinois-based nonprofit for veterans who want to own businesses. (veteranbusinessproject.org)

Veteran Business Project is an Illinois-based nonprofit for veterans who want to own businesses. (veteranbusinessproject.org) 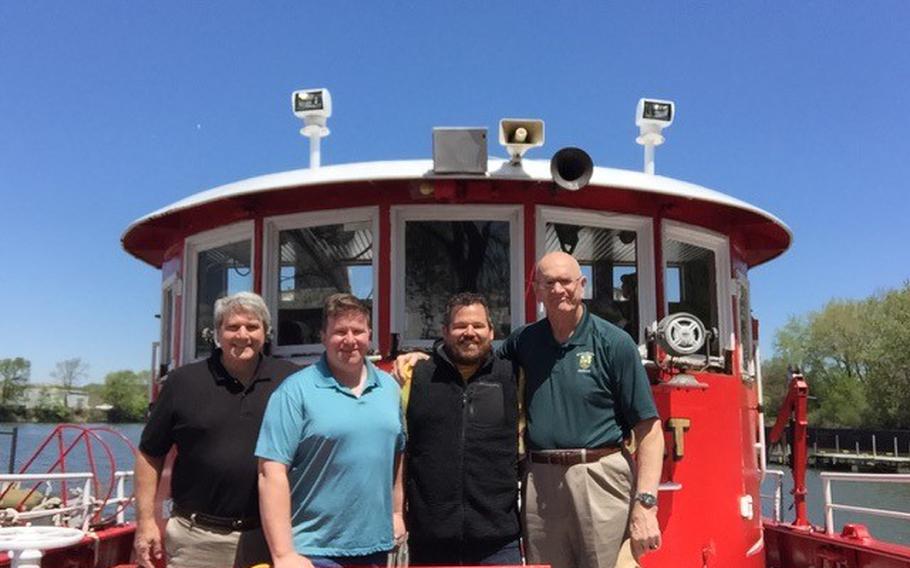 From left to right, Dale Eisenburg, Ray Novak, Erich Totsch and Charles “Lynn” Lowder aboard the “Fred A. Busse,” a 1930s-era Chicago fireboat, in May. With the help of Eisenburg and Lowder, Navy veterans Novak and Totsch purchased the boat, which they plan to use for commercial tours along the Chicago River. (COURTESY PHOTO) 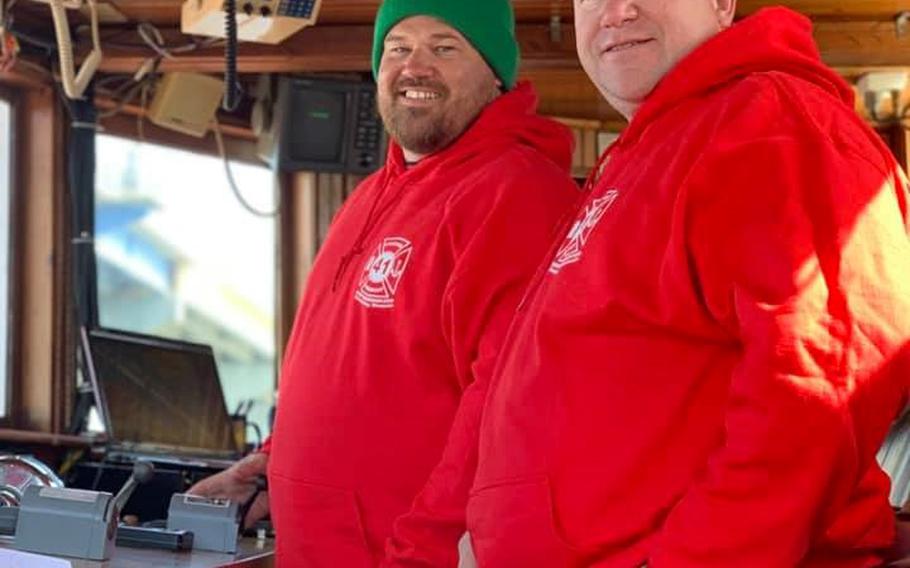 Navy veterans Erich Totsch, left, and Ray Novak inside the “Fred A. Busse” fireboat in May. The duo moved the boat from Sturgeon Bay, Wisc., back to its original home in Chicago, where they plan to use it for tours along the Chicago River. (COURTESY PHOTO) 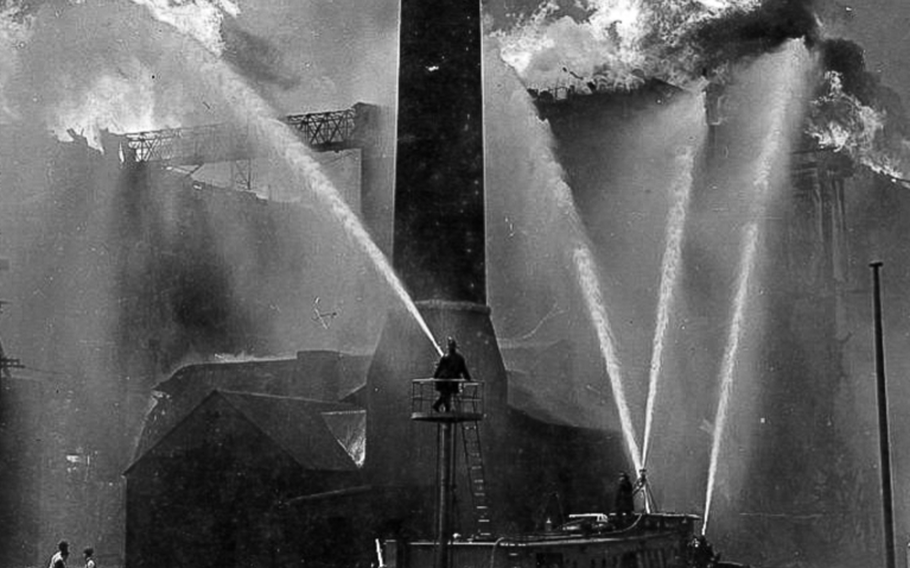 The “Fred A. Busse,” a Chicago fireboat, helps extinguish a fire at a grain elevator along the Chicago River in 1939. Two Navy veterans who purchased the boat in May plan to use it for commercial tours. (COURTESY PHOTO) 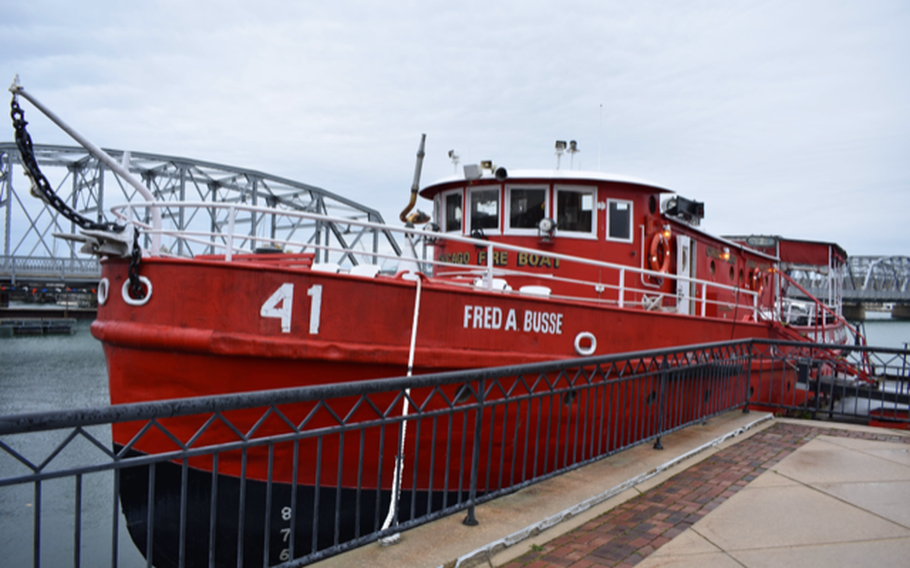 Two Navy veterans recently purchased the “Fred A. Busse,” a 1930s-era Chicago fireboat, with the help of Veterans Business Project. The organization aims to increase business ownership among veterans by matching them with existing businesses up for sale. (COURTESY PHOTO)

What has traditionally been a strong entrepreneurial trend among veterans is facing a generational decline, with business ownership in that population decreasing for the past 20 years, according to a federal report released in November. Lowder’s solution: Something like a dating website, but instead of logging on to find a love connection, wannabe business owners can look for a match among companies for sale.

To make the idea a reality, Lowder, 73, along with restaurateur Dale Eisenburg, 64, co-founded the Veteran Business Project, a nonprofit in Illinois for veterans who want to own businesses and for business owners wanting to sell.

The federal government is already taking steps to boost veteran entrepreneurs. The Small Business Administration offers educational programs and grants for veterans aspiring to become business owners, and through the Department of Veterans Affairs, veteran-owned businesses qualify for advantages when bidding on government contracts.

The Small Business Administration and the Federal Reserve Bank of New York compiled a report in November, in which the authors acknowledged there are already “many organizations that exist to propel veteran entrepreneurship,” but there’s a lack of awareness about them. The report suggested the SBA do more to get the word out.

Lowder, who is a member of the Small Business Administration Advisory Committee on Veterans Business Affairs, argues Veteran Business Project differs from what’s already available because it pairs veterans with businesses that already have a history of success.

“The concept is worthy and powerful,” he said.

Lowder and Eisenbrug act as caseworkers once a match is made, scrutinizing everyone involved and coaching them through the financing process until a deal is final. They’ve done it with a dry-cleaning business, a shipping company and an auto repair shop. And they’re looking to go bigger.

A deal finalized in May – their biggest yet – could be the conduit to take their concept nationwide, Lowder believes.

The organization secured the $250,000 purchase of a 1930s-era Chicago fireboat, recently used for tours in Sturgeon Bay, Wisc.

The fireboat, dubbed the “Fred A. Busse” after a former mayor of Chicago, was built in 1937 for the Chicago Fire Department. The boat was in commission for more than four decades, mostly used to extinguish fires at the grain elevators that once lined the Chicago River.

It was retired in the early 1980s and eventually repurposed as an excursion boat in northern Lake Michigan.

Novak and Totsch, veterans of the Persian Gulf War, met a few years ago. They returned home from their time in the Navy to captain Chicago tour boats, and Novak, 41, dreamed of owning his own business.

“I saw the boat myself and fell in love with it,” Novak said of the Fred A. Busse. “I called up Erich and said, ‘I have an adventure for you.’”

The duo spent 30 hours one weekend in May moving the boat from Sturgeon Bay back to its original home in Chicago. They plan to start tours sometime this month after undergoing inspection from the Coast Guard to permit the boat’s use for charter cruises.

“I think it’s going to be one of the most unique boats on the river,” said Totsch, 37. “We want to get to a point where we’re doing two to three tours a day and have it as a venue for private events.”

Before any of that could happen, the new business owners sought help from Lowder and Eisenburg to secure financing — one of the major hurdles for veterans to business ownership.

According to a study by the private nonprofit Kauffman Foundation, the share of all new entrepreneurs represented by veterans had declined to less than 6 percent by 2014.

“That’s a dramatic difference from the years following World War II,” Lowder said. “Veterans today are equally capable, but the difference is they cannot get loans. They cannot get access to capital. That is the primary impediment.”

With just “a little gas in the tank,” Lowder said, “they can take it from there.”

The November report from the Small Business Administration and the Federal Reserve Bank of New York stressed that access to capital was particularly challenging for veterans compared to business owners without military experience.

Thirty-six percent of veteran-owned businesses experienced challenges obtaining capital, compared to 30 percent of nonveteran businesses, according to a 2017 Small Business Credit Survey cited in the report. Veterans submitted more applications for financing than other business owners and tended to receive less financing than they requested.

The authors of the report theorized the military lifestyle could be to blame. Lower credit scores and more denials could be the result of frequent moves and overseas travel, the authors wrote.

In addition, the Institute for Veterans and Military Families at Syracuse University surveyed veteran entrepreneurs, who said they lacked mentorships and a social network – relationships that can help lead to entrepreneurial success.

For the fireboat, the Veteran Business Project worked with Wintrust Bank on behalf of Novak and Totsch to get financing. To Lowder, the deal reflects the American dream.

“We want them to have every available opportunity they can,” he said. “Here’s a chance for veterans to have their dream, own a business. And we encourage them to mentor other veterans, show them the art of the possible. We can lift this whole thing up and help each other out.”