War drama? Not from these heroes 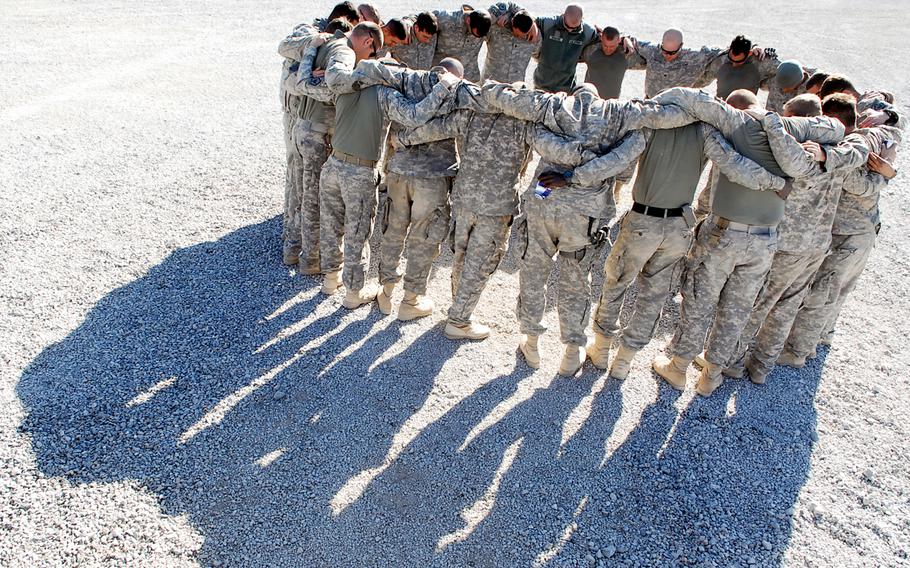 Their actions are incredible, almost superhuman. Their sacrifices are inspiring.

But the humility of military valor award recipients — “I did what any of my other servicemembers would do” is repeated over and over in our Heroes interviews — often kills the drama.

One of the challenges we’ve faced reporting these Heroes editions over the years is getting battlefield heroes to say anything about themselves.

Teamwork comes naturally to them. Individual attention does not.

Clinton Romesha, who braved gunfire from hundreds of insurgents for hours during the 2009 siege of Afghanistan’s Combat Outpost Keating, is one of only four living recipients of the Medal of Honor for actions in Afghanistan. In our interviews, he insisted that any of his fellow soldiers would have displayed the same selfless bravery if given the chance.

At an event in January, Medal of Honor recipient Sgt. 1st Class Leroy Petry — who saved two of his men but lost his hand during a 2008 firefight in Afghanistan — said he’s still uncomfortable talking about the battle and the honors he has received.

“But I’m happy to tell you what this guy did,” he said, grabbing the shoulder of Al Rascon, who received the Medal of Honor for similarly sacrificing his body and saving his men during the Vietnam War. Rascon winced as Petry called him “a real hero.”

What you won’t find is any of the “heroes” using that word to describe themselves. That’s because we haven’t found one who would.