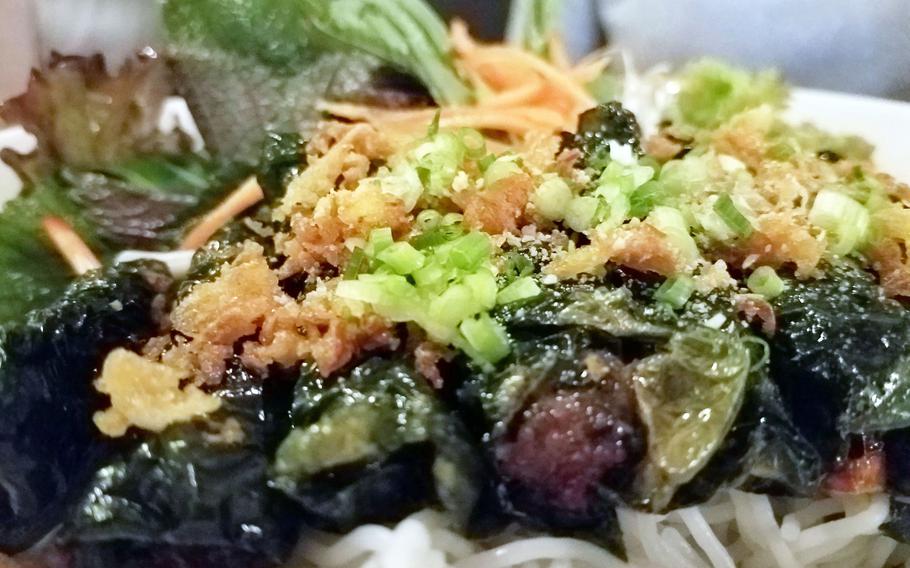 Buy Photo
The bun bowl is one of the dishes featerued at Dragonbirds Sushi in Regensburg, Germany. (Martin Egnash/Stars and Stripes)

Buy Photo
The bun bowl is one of the dishes featerued at Dragonbirds Sushi in Regensburg, Germany. (Martin Egnash/Stars and Stripes) 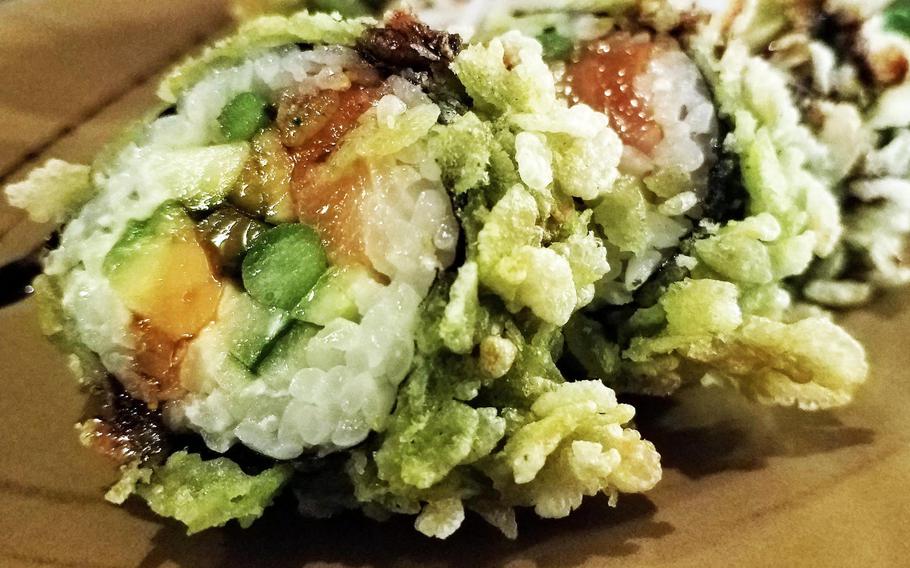 Buy Photo
"The Big Hot Sake Crunchy" sushi at Dragonbirds Sushi in Regensburg, Germany, is one of the few items on the restaurant's menu that's in English.It looks like it sounds. (Martin Egnash/Stars and Stripes) 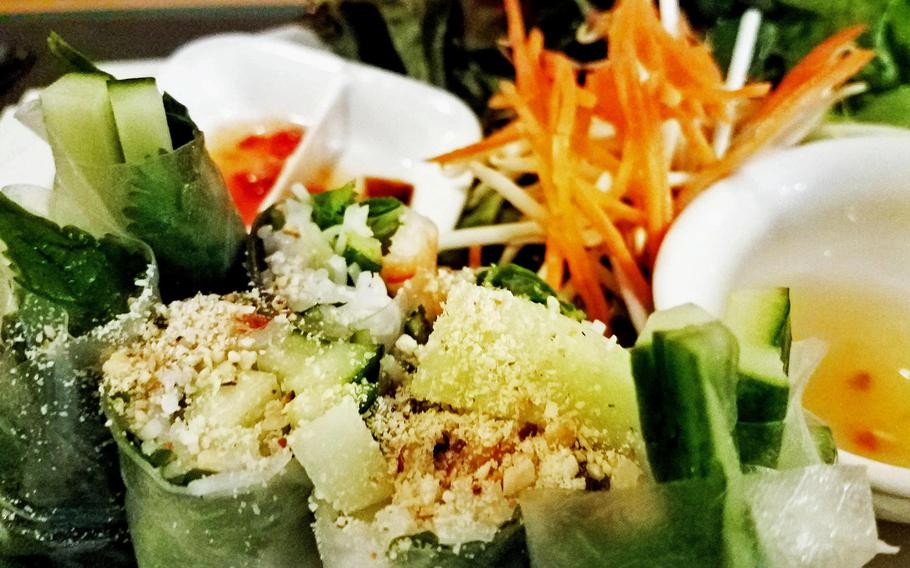 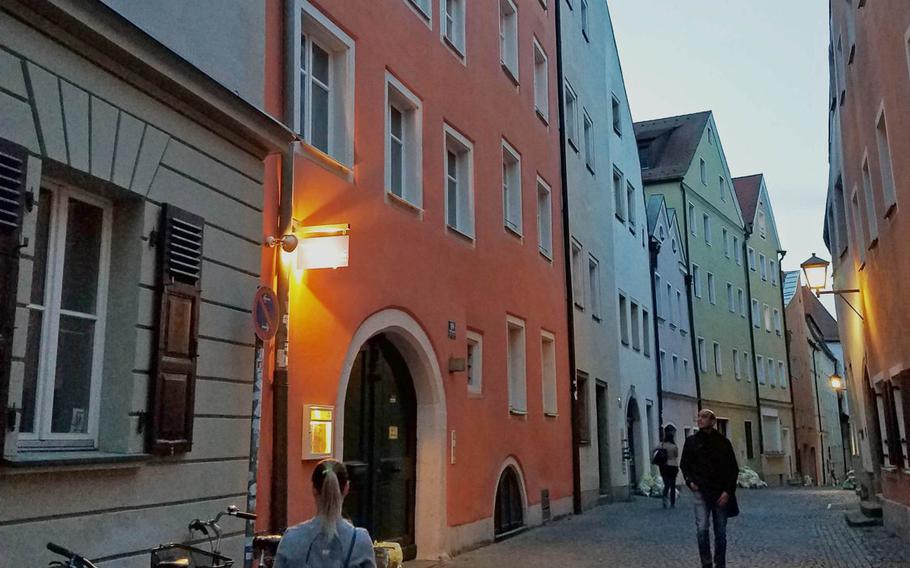 Buy Photo
The entrence to Dragonbirds Sushi, down a narrow alley in Regensburg, Germany, Wednesday, May 2, 2018. (Martin Egnash/Stars and Stripes)

If you’re feeling adventurous and up for something new, try Dragonbirds Sushi and Vietnamese Kitchen in Regensburg, Germany.

Dragonbirds is a Vietnamese sushi restaurant, located in a winding cobblestone alley in the old town.

Sushi is a Japanese cuisine, and I’m not a fan of restaurants that combine several Asian styles of food on the menu as if they’re all the same. But this one is actually really good.

What’s so adventurous about a Vietnamese sushi restaurant in Germany, you ask?

To start with, the staff does not speak a bit of English, and the entire menu is in German. So unless you speak German or Vietnamese, you won’t quite know what you’re ordering. But even though I don’t speak much German and don’t know a word of Vietnamese, we managed to work it out.

After spending about 10 minutes pretending to understand the menu (there were just a few pictures), I ended up picking a few things from each section practically at random. I was extremely happy with my choices.

I highly recommend the Big Hot Sake Crunchy sushi, which was unlike any sushi I’ve ever had. You likely would have ordered this anyway, as it is one of the only things on the menu written in English. The giant, bright-green crispy roll looked like a Christmas cookie, and it was chock-full of spicy goodness.

If you don’t mind raw seafood, they have some tasty sashimi. I thought the bluefin tuna was great.

The Vietnamese menu is much more limited (which I took as a good sign). Bun bowls were one of the house specialties, a vermicelli dish with various types of meat wrapped in some kind of leaf. As I said, I really didn’t know what we were eating, but it was very tasty.

The highlight of the night was the spring rolls. They were hands down the best spring rolls I’ve ever had. Incredibly fresh veggies with jumbo shrimp made the extra-sticky, giant rolls a delight.

The pho, a Vietnamese noodle soup, was just OK. When I go back, I’m going to skip the pho and get more spring rolls.

I tried to order a dessert after the meal, but I couldn’t really get my point across to the waitress. So I’m still in the dark on what that might look like.