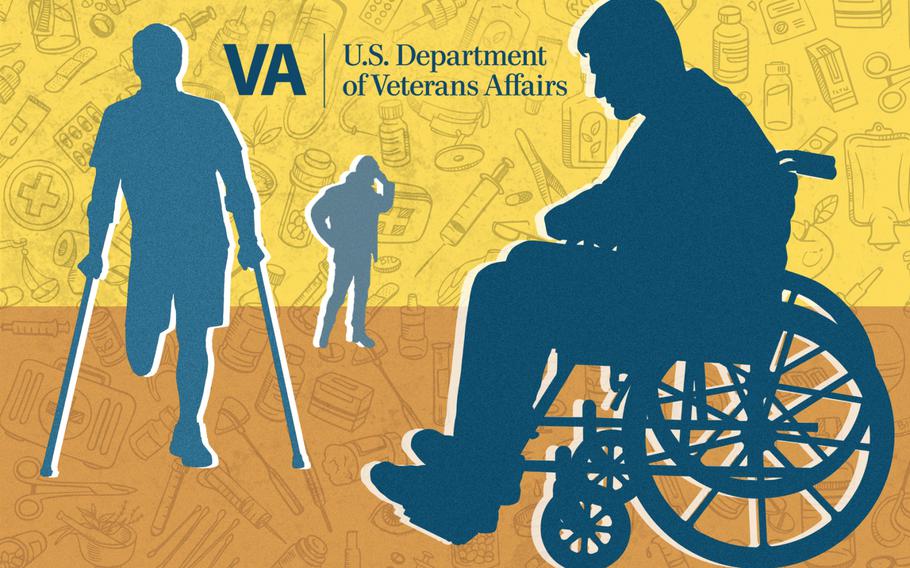 WASHINGTON — The Department of Veterans Affairs on Thursday will launch a major expansion of veterans’ access to private doctors – a reform effort President Donald Trump has promised since his 2016 campaign but that some stakeholders think has been rushed.

The VA Mission Act, which was signed into law last June and goes into effect Thursday, increases the number of veterans who are eligible to receive private-sector health care from 8 percent to 40 percent of the VA’s 9.5 million patients, agency officials estimated.

Leading up to the rollout, top officials, including VA Secretary Robert Wilkie, were confident about its implementation and anticipating only minor “hiccups.”

“We do expect on June 6 to be ready,” Wilkie said last week in an interview. “I’m confident our team across the country is ready. You know, there will be a few hiccups, but there always is in an organization that has 370,000 employees.”

Several veterans organizations that helped shepherd the Mission Act through Congress said they were kept in the dark about the implementation plans and don’t know what to expect following Thursday’s launch. In April, some House lawmakers and veterans groups suggested the VA delay the expansion, citing potential information technology problems.

“Speed kills,” Randy Reese, executive director of Disabled American Veterans, said Tuesday. “We don’t want it to be implemented so hastily that it takes away from the good it’s supposed to do.”

Eligibility changes The final rules for the new program were published Wednesday in the Federal Register. They stipulate veterans who must drive more than 30 minutes to reach their VA mental health or primary care providers — or wait longer than 20 days for an appointment — will be given the option to use a private doctor.

For specialty care, veterans can go outside the VA for medical treatment if a VA provider is longer than a 60-minute drive away or if they face a 28-day wait.

Veterans may also seek private treatment if the service that they need is unavailable at a VA facility, if they live in a state without a full-service VA medical center, if it’s determined to be in their “best medical interest,” or if the VA determines its service in that area doesn’t meet quality standards.

The VA collected public input on the new rules before they were made final Wednesday. Some veterans groups opposed the 30-minute, 20-day standards, describing them arbitrary and unsustainable.

The agency said this week that it didn’t make any changes to the rules based on the comments it received.

Though the VA is promising veterans more transparency about their health care, the American Psychological Association argued Wednesday that the final rules omitted key details about how the VA will determine whether private-sector doctors meet standards of high-quality health care and inform veterans before they make a decision to go outside the VA.

“APA wants to ensure that veterans have true, informed consent when faced with choices about how, where and from whom to seek their mental health care – and the initial implementation of Mission Act as laid out in this final rule does not ensure that,” said Heather O’Beirne Kelly, director of military and veterans health policy for APA.

The VA is positing the Mission Act as “an unprecedented step forward in veteran empowerment.”

The new law officially ends the Veterans Choice Program, which was created by Congress in 2014 following the VA wait-time scandal. The program allowed veterans to use private doctors when they lived more than 40 miles driving distance from a VA facility or had to wait longer than 30 days for a VA appointment.

The Choice program was implemented quickly. Many veterans thought the rules were too rigid and experienced problems setting up appointments through a third-party administrator. Private doctors went long periods without getting reimbursed by the VA, causing some of them to stop treating VA patients.

Senior VA officials said they have a plan in place with the Mission Act to reimburse private doctors within 10 to 14 days.

“It corrects the mistake of the original Choice act,” Wilkie said. “What this does is it consolidates seven community care payment systems into one, so we have an efficient way of paying our community care doctors… I think the private sector is ready. By simplifying the system, I think they’ll be much more ready than they were under Choice.”

Groups such as the Veterans of Foreign Wars heard from large numbers of their members when the Choice program was introduced in 2014. With the implementation of the Mission Act on Thursday, VFW leadership is concerned they could start to hear of problems again.

“We fully expect a lot of glitches and issues,” said Carlos Fuentes, legislative director for the VFW. “We’re certainly going to work with the VA to make sure veterans aren’t harmed and delivery of care isn’t impacted.”

IT concerns To gain access to private-sector doctors under the Mission Act, veterans can talk with their VA doctors, who will use a new “decision support tool” that’s been shared with all VA hospitals and clinics, Wilkie explained.

“If they want something we don’t have, they will go to their medical team,” he said. “That veteran will sit down with his provider… The screen pops up, and the medical professional tells the veteran, ‘This is what’s available in our area. We can go ahead and punch this button and make an appointment for you.’”

However, the decision support tool was a source of controversy in the spring, when the U.S. Digital Service warned the system was flawed and could disrupt patient care. The U.S. Digital Service – a White House team of software developers that helps federal agencies improve their technology – recommended the VA stop its development.

The warnings were the subject of a congressional hearing in April, during which lawmakers suggested the VA delay implementation.

Wilkie said last week that he disagreed with the U.S. Digital Service, arguing the team based its warnings on “past practices at VA.”

“We’ve been testing this thing out for months,” Wilkie said. “Our practitioners have it, our [veterans service officers] in the field have been exposed to it. I expect it to be up and running on June 6.”

Disabled American Veterans suggested to the VA that it launch the support tool and the new eligibility rules on a limited basis before taking it nationwide.

“They elected to just go all in,” Reese said. “Only time will tell if the hasty rollout of the new access standards and decision support tool will have quality assurance gaps or adverse consequences for our nation’s veterans.”

Fuentes referred back to the Forever GI Bill – improvements to veterans’ education benefits that the VA enacted last year. When the agency tried to implement a portion of the changes, IT errors resulted in delayed payments to thousands of student veterans. The VFW is worried something similar could happen now.

“The key reason it failed miserably, frankly, is because the system they thought was going to be ready – they didn’t test it appropriately,” Fuentes said. “[With the Mission Act], they didn’t keep us up to speed on whether they did their due diligence to make sure everything was ready for the go-live date. The VA told us they’d be ready without issues, but that’s what they said with the Forever GI Bill. We’ll have to see.”

Time will tell Though the Mission Act makes millions of additional veterans eligible for private-sector health care, the VA is expecting most veterans will opt to keep their VA medical teams.

Senior officials, speaking to reporters last week on the condition of anonymity, said the amount of appointments that VA patients make with private doctors accounts for about one-third of all VA appointments. They anticipate the ratio will go unchanged.

“We believe veterans will continue to choose VA,” one official said.

With the Choice program, the VA faltered in its predictions of how many veterans would use private doctors, as well as the cost to taxpayers. Previous VA secretaries appealed to Congress multiple times to allot more funding for the program.

The VA contends now that its predictions have improved and the current VA budget for community care contains enough money to handle the demand.

If the demand increases, officials said their “largest stance” is not to deplete money from the VA system in order to purchase outside care – something that’s been a long-standing concern among veterans groups that don’t want to see the VA erode its resources.

Worries about pushing veterans’ health care too far into the private sector were central to the argument about the Mission Act when Congress debated the bill. The law eventually passed both chambers with strong bipartisan support, both sides of the aisle agreeing it struck a balance between offering more private care and boosting capacity for the VA.

“We’re not on a pathway to privatization,” Wilkie said. “If we are, then we’re doing it in a very strange way.”

But concerns persist. On Thursday, Disabled American Veterans plans to look at how the VA conveys the launch of the Mission Act to veterans and whether the agency encourages veterans to use private doctors.

“The access standards are our biggest concerns, and the communication piece – whether they will drive veterans out of the system,” Reese said. “In my face-to-face with [VA Under Secretary for Health] Richard Stone, he’s been very compelling that he wants to have veterans choose VA. Right now, we have to give deference to the secretary and undersecretary that they’re telling the truth.”