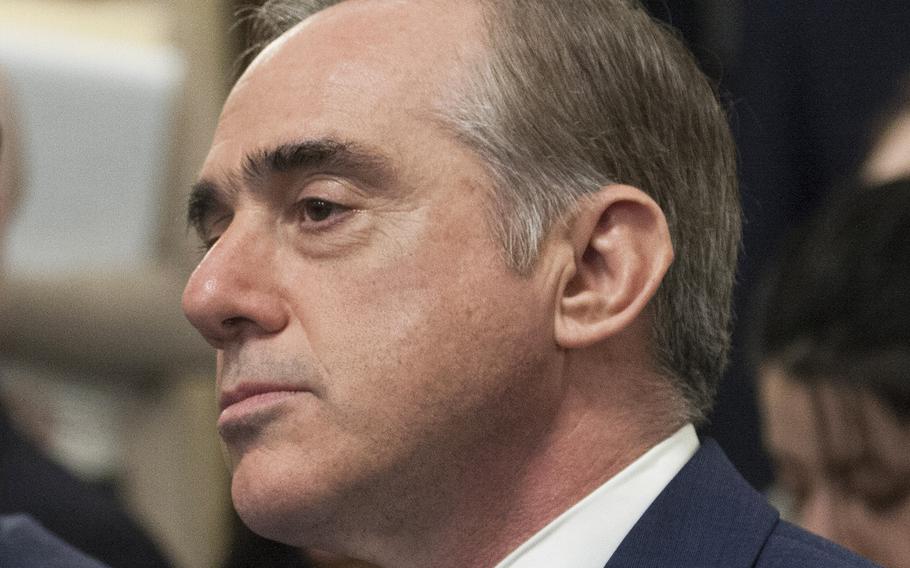 Shulkin last month said he would ask Congress to scrap driving distance (of more than 40 miles) and appointment wait times (of more than 30 days) for determining eligibility to use Choice. But without new screening criteria, VA health costs could soar by as much as $1 trillion over the next decade, congressional auditors have estimated.

So Shulkin intends to test new screening criteria over the next several months. One “model” under consideration is to give veterans with service-connected injuries or ailments priority to use Choice over veterans seeking care for conditions unrelated to service.

“He’s looking at service-connected disabled veterans to have this option first because he thinks the American public looks at those veterans as being most worthy of getting the best treatment possible,” said one executive of a major veteran organization who Shulkin had briefed on tentative Choice reform plans.

A second idea under review is to charge other health insurance that a veteran might have, either through employers or even Medicare, for the cost of care that Choice provides through participating private-sector providers.

A third notion Shulkin wants tested, he told veteran groups, are new sets of co-payments for Choice. One might be used when VA health care is available and a veteran still elects to use non-VA care. In that case, co-pays could be one level for veterans with service-connected conditions and higher for others.

Shulkin told vet groups he would prefer that Choice stay free to all patients. But if co-pays are needed to contain costs, they might be applied based on whether veterans have service-connected conditions.

He premiered a few of these ideas Tuesday at an evening hearing of the House Veterans’ Affairs Committee. “Choice 2.0” will have a better title when VA presents a full reform plan to Congress “within six months,” Shulkin promised.

Also testifying at the hearing were representatives of the Government Accountability Office and Office of VA Inspector General, who presented their latest findings of flaws across Choice — including the disturbing fact that many veterans who opted to use it waited longer for care than those who stuck with the VA system.

Shulkin served as VA undersecretary of health in the final 18 months of the Obama administration after a private-sector career managing medical centers and large health operations. The Senate unanimously confirmed him for VA secretary.

With a Republican in the White House and the GOP still holding majorities in both chambers of Congress, and an unfailingly polite Rep. (Dr.) Phil Roe, R-Tenn., now chairing the House committee, Shulkin got a warmer reception than arguably any VA official has over the last six years. It got cheerier still as Shulkin unveiled several new initiatives to sustain, and in some cases to exceed, the “veteran-centric” reforms begun during the previous administration.

Here are highlights from the hearing:

Shulkin noted an average of 20 veterans a day take their own lives, and 14 of the 20 average are not enrolled in VA health care. Many are combat veterans denied VA access because of the character of their discharge. Some received the “bad paper” because of misconduct due to post-trauma stress or traumatic brain injury that perhaps their service branch failed to diagnose or to recognize.

“There is no clinical issue that I am as concerned about” than veteran suicide, Shulkin said. But he credited Rep. Mike Coffman, R-Colo., for leadership on this issue, including his drafting of bill that helped Shulkin to change his own mind.

An estimated 500,000 veterans have other-than-honorable discharges. Those at risk for suicide or other adverse behaviors are encouraged to call the Veterans Crisis Line at 800-273-8255 (press 1), or text 838255. Shulkin said the VA will finalize a plan to deliver urgent mental health care by early summer after consulting Congress, veterans’ groups and the Department of Defense.

Off-the-shelf IT system — The VA will stop designing and fielding its own software programs and information technology systems, including for electronic health records and appointment scheduling, said Shulkin. VA will replace legacy systems with off-the-shelf products popular across businesses nationwide.

Randy Williamson, director of health care for GAO, said a modern, user-friendly IT capability is key for VA to build an integrated network with private-sector health care to “process the millions of Choice referrals, link with community providers to schedule appointments, and connect with both providers and contractors to transfer medical records and process claims. VA is in the very early stages of procuring such an IT system. This will be a complex undertaking, one that will likely take years, not months, to become fully operational.”

Expanding eligibility to caregiver benefits — Shulkin said he supports expanding its comprehensive Caregiver program to severely combat-disabled veterans from pre-9/11 wars. He said he’s confident the estimated annual cost of doing so will be less than the $4 billion projected by congressional auditors.

“I believe we are going to save money by not institutionalizing people,” Shulkin said, when family members decide they can no longer afford to give care.

Shulkin did not say when VA would propose extending caregiver coverage, which includes monthly reimbursements and paid respite leave, to family members caring for older generations of severely wounded veterans.

Service dogs for mental health — Shulkin said he won’t wait for findings of ongoing study to support providing a trained service dog to any veteran suffering from post-traumatic stress who feels a canine companion would help his or her recovery.

“It will be another three years before we get that study result and I’m not willing to wait because there are people out there today suffering,” Shulkin said.

This and most other initiatives he endorsed Tuesday will carry a cost not yet calculated. When the Congressional Budget Office estimates come in, said the veterans group executive, “that’s when the brakes will come on.”

So far, however, veteran advocacy groups are encouraged that Shulkin, like Bob McDonald before him, is signaling he will press for what he believes veterans need, including more staff, services and systems to improve their access to care.