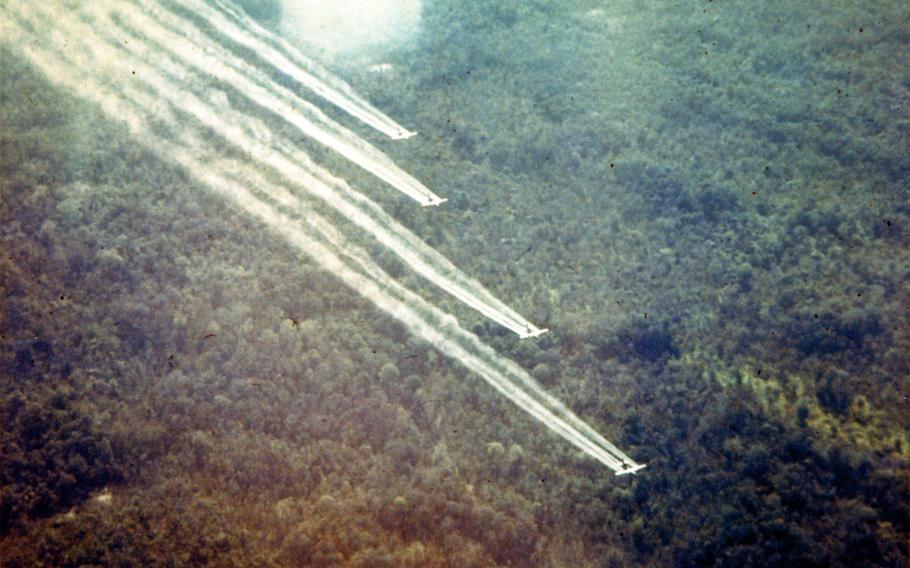 WASHINGTON – The VA said Friday no date has been set for a decision on whether to award benefits for Agent Orange exposure to Air Force reservists who flew C-123 aircraft contaminated with the herbicide.

The department is weighing the issue after a recent study confirmed the possibility of health risks as well as lobbying from veteran groups and former crew members. But it did not plan to make an announcement this week, despite an earlier indication by VA officials, spokeswoman Meagan Lutz said.

There is no definite timeline for a decision, she said.

Veterans say herbicide residue left inside the aircraft from service during the Vietnam War sickened them and they deserve the VA health care coverage for Agent Orange-related conditions extended to nearly all servicemembers deployed to the war zone.

The C-123s were used to spray during Operation Ranch Hand and were later brought back to the United States and repurposed as military cargo aircraft. About 1,500 to 2,100 personnel flew and trained on the C-123 aircraft from the early 1970s to the 1980s.

An Institute of Medicine study stoked the debate in January when it found that herbicide residue inside the planes could have exposed reservists to the disease-causing dioxins found in Agent Orange.

“It is plausible that, at least in some cases … the reservists’ exposure exceeded health guidelines for workers in enclosed settings,” the researchers wrote. “Thus, some reservists quite likely experienced non-trivial increases in their risks of adverse health outcomes.”

VA Undersecretary for Benefits Allison Hickey told Stars and Stripes last week that the department had planned to announce a decision on the benefits but was delaying it until Tuesday or Wednesday, though that never materialized.