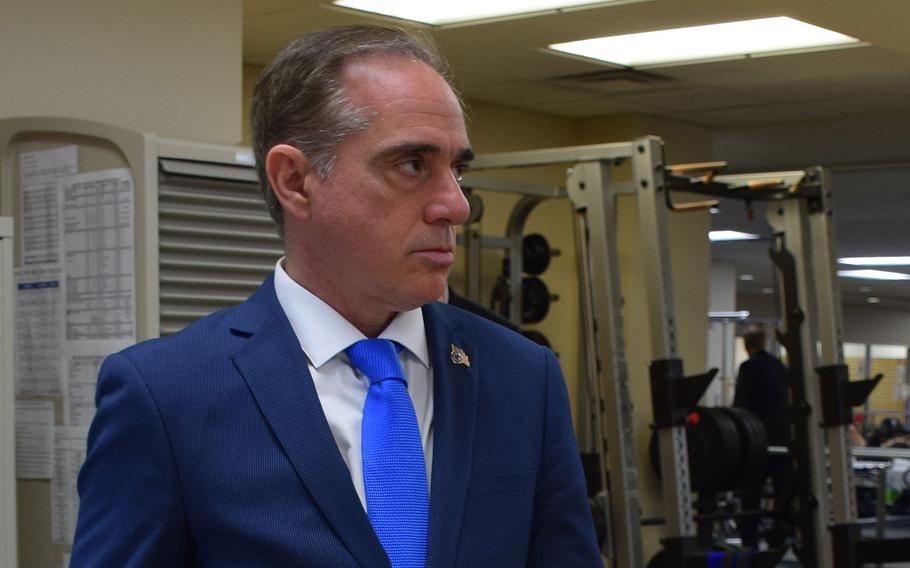 Department of Veterans Affairs Secretary David Shulkin made two surprise announcements Wednesday before the Senate Veterans’ Affairs Committee that should relieve some financial stress for more than 600,000 veterans.

First, Shulkin said he was dropping VA’s appeal of the Staab case decided last year by the U.S. Court of Appeals for Veterans Claims. Only last week he said Staab had been wrongly decided, exposing VA to at least $2 billion in veteran claims for outside emergency care, money VA needed to provide promised services.

Pulling the appeal means VA intends to begin covering private-sector emergency care for any VA-enrolled veteran, even if they have alternative health insurance that pays part of their emergency care costs. As many as 370,000 veterans with pending claims could benefit too, explained Sen. Mike Rounds, R-S.D., who thanked Shulkin for changing his mind. Shulkin said Rounds and Sen. Richard Blumenthal, D-Conn., were right to sharply criticize the decision to appeal.

In Staab the appeals court ruled that VA intentionally failed to implement a 2010 law expanding outside emergency care coverage. It did so by continuing to deny reimbursement for non-VA emergent care if a veteran had any sort of alternative health insurance. Veterans with no health insurance routinely are reimbursed the full cost of outside emergency care if VA care isn’t available.

Shulkin told Rounds that VA has completed draft regulations to implement the new emergency care benefit, sending them to the Office of Management and Budget. Draft regulations must clear OMB and be published in the Federal Register for comment before VA can begin reimbursements. That process could take nine months or more, Shulkin advised the committee last week.

Shulkin’s second surprise Wednesday was to tell Sen. Dean Heller, R-Nev., he will work with Congress to find a less hurtful way to fund his Choice replacement plan, CARE, than by administratively ending Individual Unemployability (IU) eligibility next year for 208,000 seriously disabled veterans age 62 or older.

IU allows veterans with VA disability ratings of 60 percent to 90 percent to receive enhanced compensation because they are unable to work. IU qualifies veterans to receive disability pay as if they were 100 percent disabled. It adds an average of $1,600 to their monthly payments, a VA official told senators.

Shulkin said he reconsidered ending IU for older recipients “as I began to listen to veterans and their concerns, and [veteran service organizations] in particular. It became clear that this would be hurting some veterans and would be a takeaway from veterans who can’t afford to have those benefits taken away.”

The VA chief told Heller: “I am not going to support policies that hurt veterans. So, I would look forward to working with you and all the members of the committee on figuring out how we can do this better. We have budget numbers and targets we have to hit. But we shouldn’t be doing things that are going to be hurting veterans that can’t afford to lose these benefits.”

A week earlier Shulkin said he did take “very seriously” concerns being raised over the proposed IU cut. “Nobody wants to be taking away … benefits from veterans and certainly not putting them into poverty,” he said. But he noted that VA benefits had climbed by $12 billion in the past two years, which justified a review of benefits to verify the purpose of each.

This week Shulkin conceded that ending IU for elderly veterans was a poor choice from a menu of cost-saving options. It would have freed up $3.2 billion annually to pay for his CARE plan, a replacement for Choice. The goal of both CARE and Choice is to improve access to private-sector care when VA can’t offer timely local care.

“We had identified [IU dollars] as an opportunity,” Shulkin told Heller. “I think if we were designing this (disability pay) system from the beginning, we wouldn’t have used unemployment insurance to fund people’s retirement. That was the conflict. But [today] that is the benefit. And to withdraw this benefit from people who rely on this money is something that would be very difficult to do.”

A panel of representatives from veteran service organizations testified after Shulkin again this week. One of them cautioned that the new secretary is taking politically expedient steps that, if Congress declines to fund, could punch deep holes in VA budgets and lead to cuts in more traditional benefits and services.

Each of these actions, Blake said, potentially widens a funding gap for VA that Shulkin hasn’t explained how he will fill while promising to reform the unpopular Choice program and still meet budget targets set for the Congress.

“It’s not readily apparent that the VA has said for sure it’s going to drop that [IU] proposal,” Blake told the committee after Shulkin testified. “It sounds like the secretary is willing to discuss it further and see where this goes from here.”

The $3.2 billion in planned IU savings, said Blake, “was presumably going to fund a large majority of Choice in fiscal 2018. If we assume that that is not going to happen, that’s $3 billion in community care [spending] that has to be addressed somehow. It’s not addressed in the discretionary part of the VA’s budget.”

Opting to contract with Cerner to modernize VA records using the same software being adopted by the military “is probably the right decision to make for VA,” Blake said. But VA’s cost is estimated to be three to four times the $9 billion that the Department of Defense has budgeted for its project, Blake said.

“How does the VA’s budget rationalize that point,” he asked. “I’m sure it doesn’t” because Shulkin selected Cerner using a non-compete waiver with no negotiations held yet on what the new record system might cost the VA.

On the Staab decision, Shulkin also “did the right thing,” Blake said. But that ruling “has already left VA with an obligation” to pay pending claims worth at least $2 billion. “Where is that money at that’s going to pay for that issue? The average [claim obligation estimate] in subsequent years is $1.1 billion or something in that range. Where is that money at? It’s not in the VA budget either.”

So, Blake said, “we have a $3.2 billion IU hole for Choice. We have approximately a $1 billion hole for Staab. And then we have the Cerner issue and don’t even know what that hole looks like. Right now, VA could be staring at a huge hole in its budget for 2018” even as appropriations committees begin to mark up VA funding bills taking no account of the changes Shulkin just announced.

“VA is left with billions of dollars in unanswered questions,” Blake said. “And it’s not enough to simply say,” as he suggested Shulkin did, “ ‘We have enough money. We can move it around.’ That’s simply not true.”

The worry for vet groups is that VA will come to look so costly that taxpayers will demand its prized health system be dismantled in favor of private-sector care.