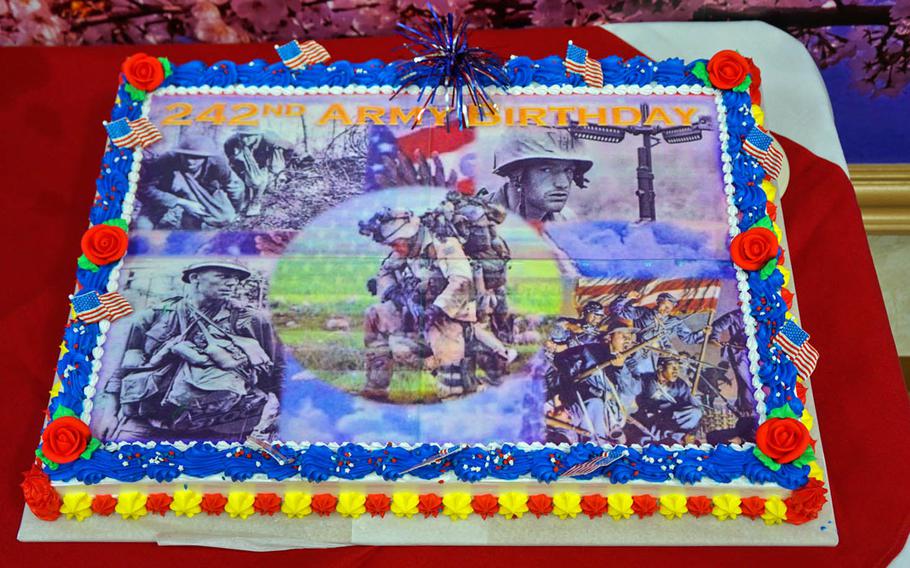 CAMP ZAMA, Japan — The commander of U.S. Forces Korea is heading to Japan to help celebrate the Army’s 242nd birthday.

Wednesday marked 242 years since the Continental Army was formed to fight for American independence. Camp Zama has been hosting a range of activities this week to mark the milestone.

At the dining facility on Wednesday, soldiers sank their teeth into a “surf and turf” lunch with steak, spare ribs, lobster, shrimp and other foods, capped off with a sumptuous birthday cake. After lunch, they cheered their units on during a softball tournament.

Other events at Zama this week include a 10-mile race, swimming competitions and tournaments ranging from golf to Army Combatives, the service’s hand-to-hand combat style.