US military halts moves to new assignments for troops in South Korea, Italy over coronavirus fears 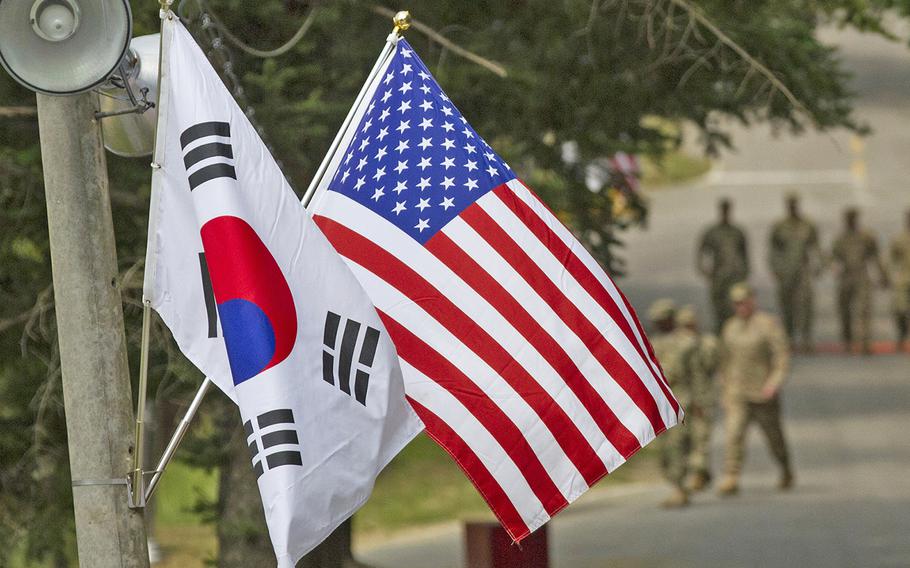 SEOUL, South Korea — The Army has halted moves to new assignments for troops stationed in South Korea through May in a bid to slow the spread of the new coronavirus, officials said Sunday.

The decision, which was announced a day after the Army unveiled the same measures for troops based in Italy, also affects travel for professional military education in the United States.

Both U.S. allies are in the midst of major outbreaks of the virus, with more than 7,300 confirmed cases in South Korea and nearly 6,000 in Italy.

The Army has ordered a stop for “all Army soldiers and family members moving to or from South Korea or soldiers scheduled to attend professional military education in the United States due to COVID-19 concerns,” U.S. Forces Korea said in a statement.

“USFK is analyzing the impacts this decision will have on those affected,” it said, adding that it only applies to Eighth Army soldiers on permanent change of station orders or attending the education courses.

“The Army’s order is in effect immediately through May 6, 2020, or until further notice,” USFK said, advising those affected to contact their chain of command for further instructions.

Seven people affiliated with USFK, including an American soldier and his wife, have tested positive for the respiratory virus despite precautionary measures including a ban on nonessential travel or outside social activities for service members.

The military also has restricted access to bases and implemented health screening at gates, including a questionnaire asking about possible exposure and temperature checks.

The news caused much confusion among military families, with some commenting on Facebook that they had flights scheduled within hours.

Others worried about being stranded because they already had moved out of their apartment and sold their car.

Camp Humphreys, the main U.S. base in South Korea, planned a Facebook live update to discuss the issue, but delayed it several times before announcing it would be postponed until Monday.

USFK promised to help reduce the negative impact on soldiers and families who have already had their household goods packed and shipped.

“The health and welfare of our service members and their families continues to be our top priority,” it said.

The statement did not provide more details, but the commands received the orders from the Army on Friday night, according to Maj. Gen. Roger Cloutier, commander of Vicenza-based U.S. Army Africa.

“This decision affects soldiers, civilians and their families differently based on where they are in the PCS cycle,” Vogel said in announcing the decision for Italy on Saturday.

Some 28,500 American service members are stationed in South Korea, which technically remains at war with the North after their 1950-53 conflict ended in an armistice instead of a peace treaty.

Stars and Stripes reporter Nancy Montgomery in Vicenza, Italy, contributed to this report.