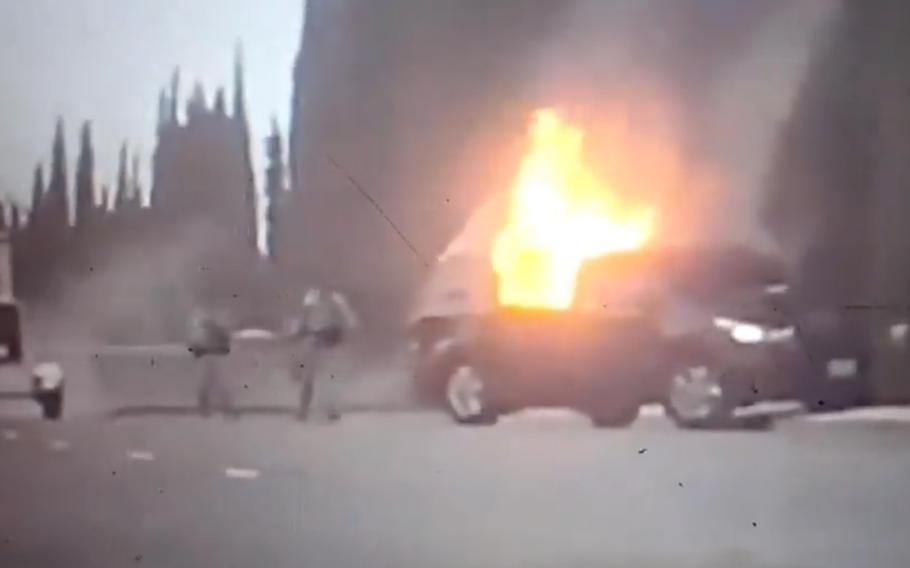 A vehicle is on on flames after crashing shortly after gaining access to Travis Air Force Base near Sacramento, Calif., on Wednesday, March 22, 2018. The driver was killed in the incident. (Screengrab from Facebook video)

An unauthorized vehicle crashed shortly after it gained access through the main gate at Travis Air Force Base in Northern California late Wednesday, fatally injuring the driver, according to a statement from the base public affairs.

A video posted on a Facebook forum for airmen and noncommissioned officers shows the car bursting in to flames, and emergency officials and firefighters running toward it. The statement said military security forces and emergency responders from the nearby town of Fairfield responded to the incident.

No additional fatalities or injuries have been reported, said Airman 1st Class Amy Younger, reading from the statement. She did not have any further details.

It’s unclear what the vehicle crashed into or whether it was deliberate. The statement said the incident is being investigate and there are no other threats to the base.