U.S. looks to European allies to pitch in more for defense costs 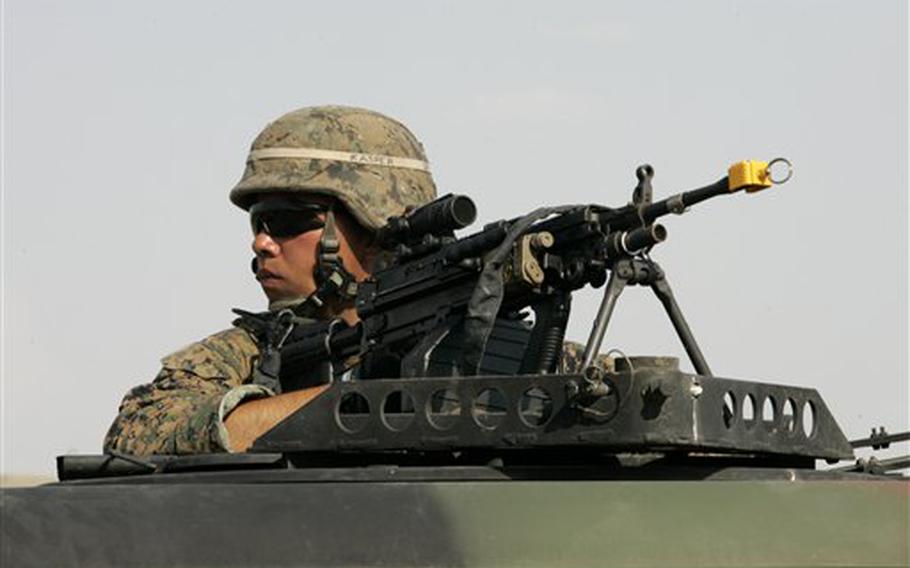 A participant of the Agila Spirit 2011 joint military exercise involving U.S. forces along with members of the 4th Infantry Brigade of the Republic of Georgia on Friday in Georgia. (Shakh Aivazov/AP)

The Pentagon is looking to save some money, so it wants European allies to pick up a greater share of the defense burden, according to a story of National Public Radio. The question, NPR says, is which way to look.

Another problem is that Germany has cut its defense budget and France, Britain and Sweden have decreased the size of their militaries, NPR says. In all those countries, public support for the NATO mission in Afghanistan has declined sharply, to the dismay of U.S. officials.

But there are some exceptions: For example, one country pulling its share in Afghanistan is the Republic of Georgia, which still wants to join NATO. The Georgian army has more than 900 troops in Afghanistan, and support for the mission among Georgian officers appears strong, according to NPR.

While the U.S. welcomes Georgia's enthusiasm and commitment, they say working with former Soviet bloc countries can be a challenge.

Read more about the challenges facing U.S. efforts to garner more defense help from its Europe allies by NPR.