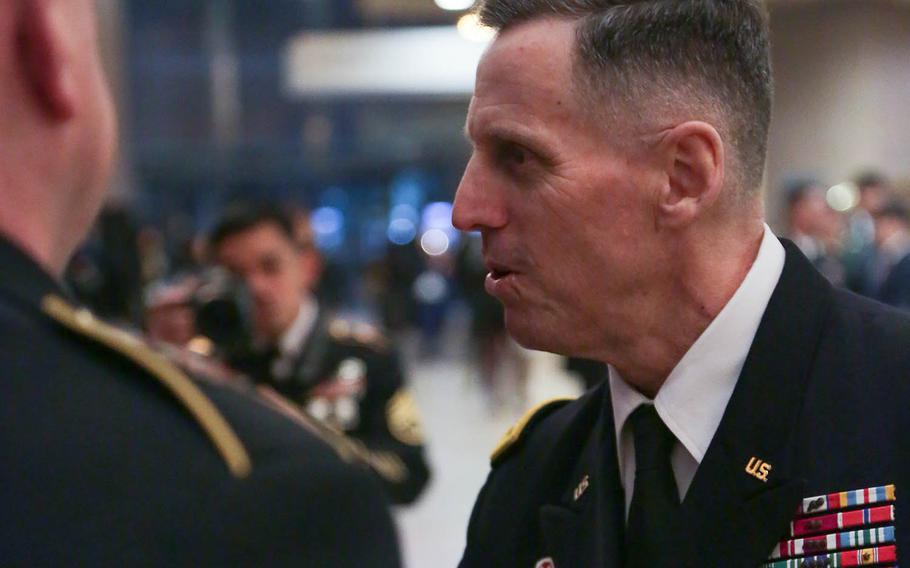 PYEONGTAEK, South Korea — A former commander of the Eighth Army and 2nd Infantry Division died Sunday after a battle with cancer.

Retired Lt. Gen. Thomas Vandal commanded the Army’s highest headquarters unit on the Korean Peninsula from February 2016 until he relinquished the post in January. He played a major role in the deployment of U.S. troops to Camp Humphreys and the stationing of the THAAD air defense system to South Korea.

Vandal led soldiers on the peninsula during a period of ever-intensifying tensions with North Korea that reached a boiling point last year when Washington and Pyongyang threatened each other’s destruction. He was also credited with improving coordination between U.S. and South Korean troops.

During his career, he also served as director of operations, readiness and mobilization in the Army’s director of operations, readiness and mobilization at the Pentagon; commandant of the Army Field Artillery School; deputy commander of the 3rd Infantry Division in Iraq; and commander of the Joint Multinational Readiness Center in Germany.