‘The longer I’m in Afghanistan, the better' 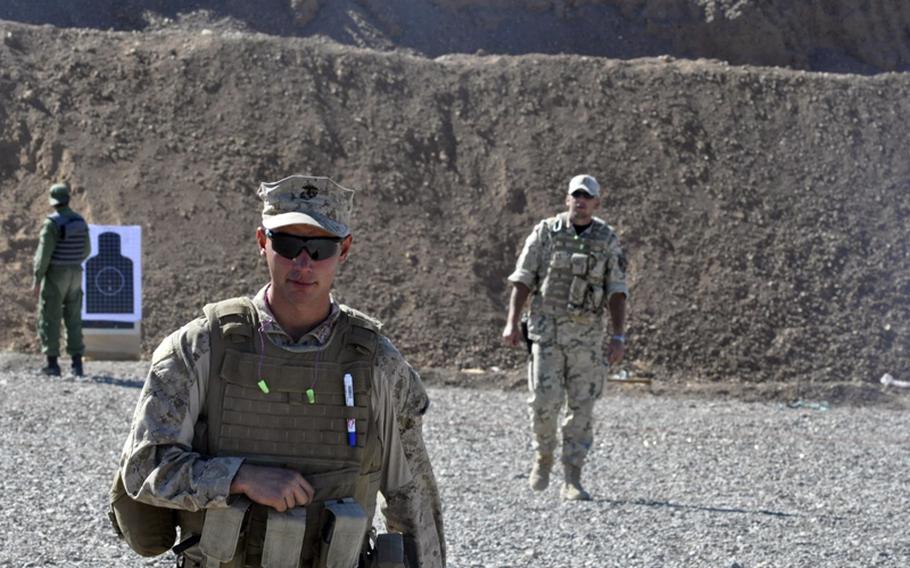 Marine Lance Cpl. John White, 20, deployed to Helmand province late last year with Weapons Company, 2nd Battalion, 2nd Marine Regiment. He returned to the States in May and almost immediately volunteered to come back. Four months after leaving, he returned, this time as an Afghan police trainer in Herat province. (Geoff Ziezulewicz/Stars and Stripes)

Marine Lance Cpl. John White, 20, deployed to Helmand province late last year with Weapons Company, 2nd Battalion, 2nd Marine Regiment. He returned to the States in May and almost immediately volunteered to come back. Four months after leaving, he returned, this time as an Afghan police trainer in Herat province. (Geoff Ziezulewicz/Stars and Stripes) 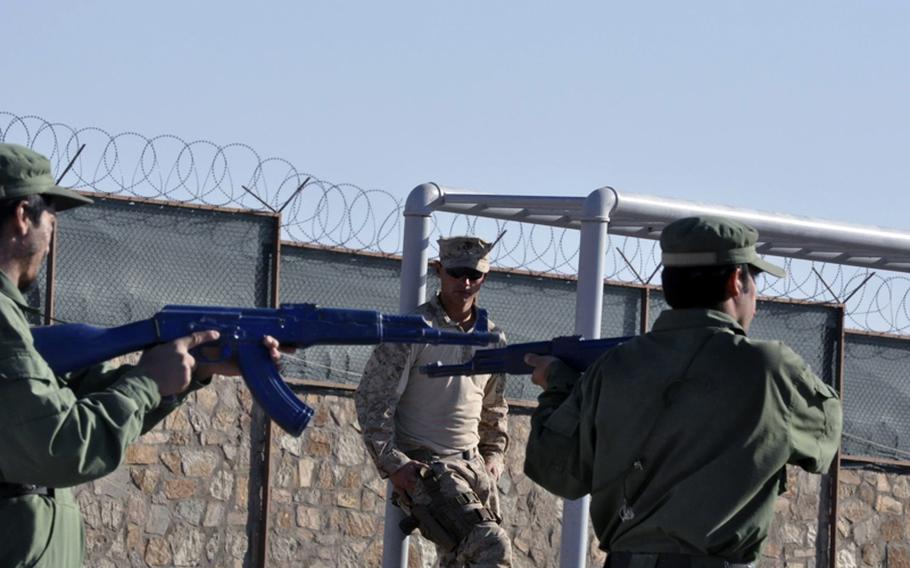 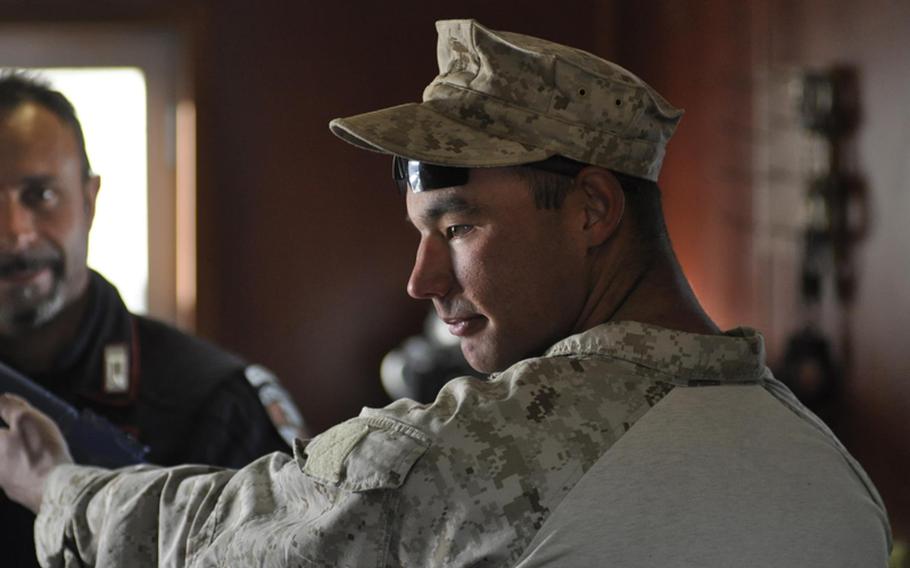 "The longer I'm in Afghanistan, the better," said Lance Cpl. John White, of Calistoga, Calif. "My job is to be deployed, not sit in the States doing nothing." (Geoff Ziezulewicz/Stars and Stripes)

Things didn&rsquo;t feel right for John White when he got home from Afghanistan&rsquo;s Helmand province this year.

The Marine lance corporal spent September 2009 to May 2010 in Helmand with the &ldquo;Warlords&rdquo; of Weapons Company, 2nd Battalion, 2nd Marine Regiment. He lost three friends along the way.

His unit pushed the Marine presence into areas of Helmand&rsquo;s south that had been solidly &ldquo;Taliban-ran&rdquo; for a long time, White said. There were small-arms attacks that led the Marines into ambushes, and endless roadside bombs.

There was also the simplified way of life and unbeatable adrenaline rush that only combat brings. When he returned home to Calistoga, Calif., he realized how much he missed that.

When friends who hadn&rsquo;t been to war asked him about his time in Helmand, he would get angry and leave.

&ldquo;I&rsquo;d go hang out on a mountain for a while,&rdquo; he said. &ldquo;They don&rsquo;t understand, and they just pry into you.&rdquo;

A month after getting back to the states, his first sergeant asked the unit whether anyone would volunteer to go back.

&ldquo;I&rsquo;m like, &lsquo;Hell yeah, I&rsquo;ll go,&rsquo;&thinsp;&rdquo; White said, thinking they needed combat replacements. &ldquo;The longer I&rsquo;m in Afghanistan, the better. My job is to be deployed, not sit in the States doing nothing.&rdquo;

So four months after he left Afghanistan, White is back, this time as part of a Marine training team at the Adraskan National Training Center in western Herat province.

It&rsquo;s not the combat mission White hoped for, and he said he has occasionally felt &ldquo;like a fish out of water&rdquo; among the other Marines, most of whom do noncombat jobs.

&ldquo;It irritated me a little bit,&rdquo; he said. &ldquo;I&rsquo;m the only infantry.&rdquo;

White&rsquo;s time on the ground in Afghanistan &mdash; and his experience with its people and culture &mdash; is valuable to the training mission, said team leader Sgt. Daniel Ford.

&ldquo;He&rsquo;s seen more combat than all of us combined,&rdquo; said Ford, 31, of College Park, Md. &ldquo;He brings that ground-side knowledge.&rdquo;

Training police recruits here is quiet and &ldquo;skate,&rdquo; as some Marines here say. Aside from a few rockets aimed at the base in October, the mission has been peaceful since their September arrival.

Although he sports a bracelet with the names of Adam D. Peak, Eric L. Ward and Jacob A. Ross, his buddies killed on the last deployment, White said their deaths didn&rsquo;t factor into his decision to come back so soon. Everybody&rsquo;s got to go sometime, he said.

His two sisters and his mom balked at his decision.

&ldquo;They&rsquo;re worried about me like hell,&rdquo; he said, but they understand his commitment.

White said victory in the war is &ldquo;these guys we&rsquo;re training,&rdquo; though it will take longer before places like Helmand are pacified.

His time in Helmand left him with mixed impressions of the Afghan security forces.

&ldquo;A lot of the [Afghan National Army] were badass,&rdquo; he said, but Afghan police, &ldquo;I didn&rsquo;t trust at all.&rdquo;

Some of the Marines are slated to leave Adraskan this month, although White and others have extended through January. His unit back home is scheduled to do a tour at sea as part of a Marine Expeditionary Unit in September.

White says he&rsquo;s going to try to transfer to a California-based infantry unit after this stint. He&rsquo;s unsure if he&rsquo;ll do a career in the Corps.

&ldquo;I think it&rsquo;s time well spent,&rdquo; he said of this deployment. &ldquo;It keeps me active. It keeps me doing my job. I miss going hiking and camping back home. That&rsquo;s the only thing.&rdquo;