The food's OK, but fun is plentiful at Hemingway Cafe in Weiden, Germany 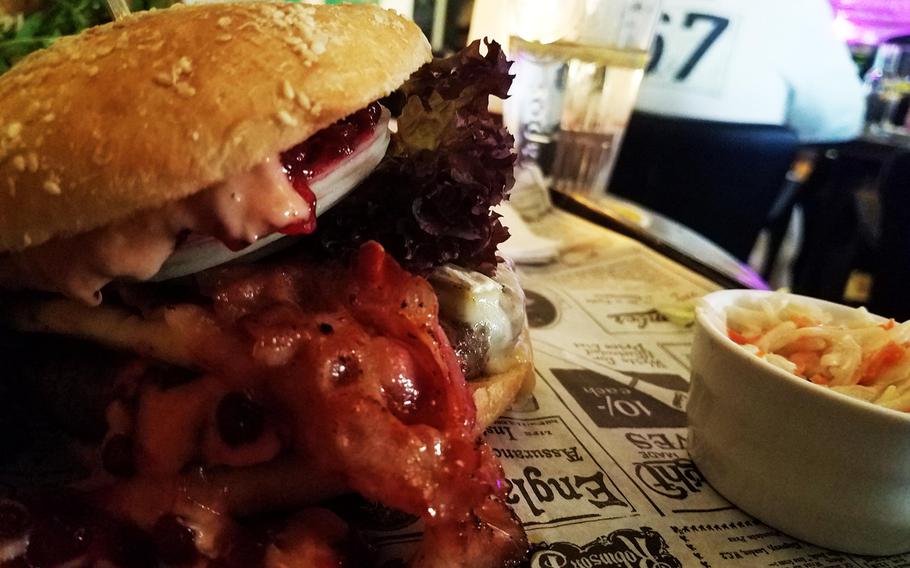 Buy Photo
A bacon cheeseburger with berry sauce at the Hemingway Cafe in Weiden, Germany. (Martin Egnash/Stars and Stripes)

Buy Photo
A bacon cheeseburger with berry sauce at the Hemingway Cafe in Weiden, Germany. (Martin Egnash/Stars and Stripes) 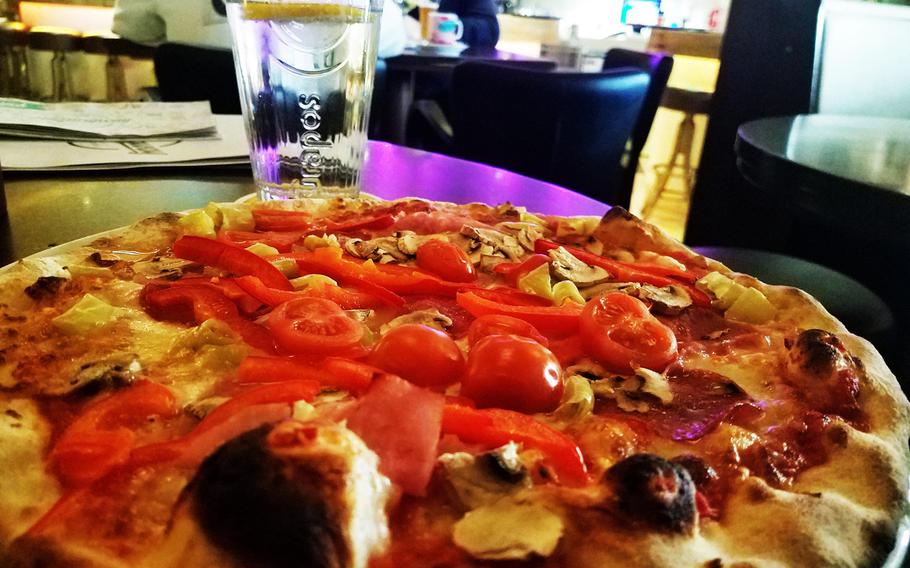 Buy Photo
A Hemingway pizza at the Hemingway Cafe in Weiden, Germany. The thin-crust pizzas are the stars of the menu, and come in many varieties. (Martin Egnash/Stars and Stripes) 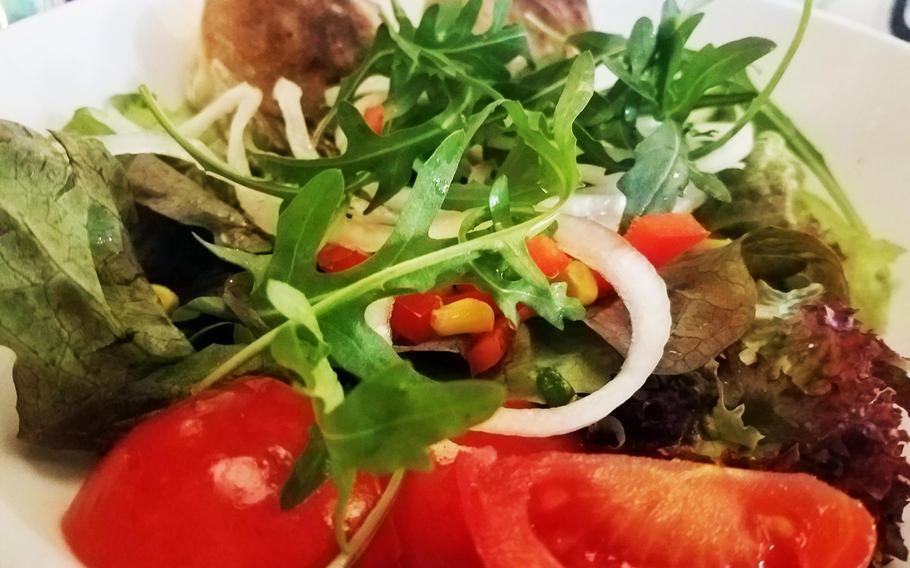 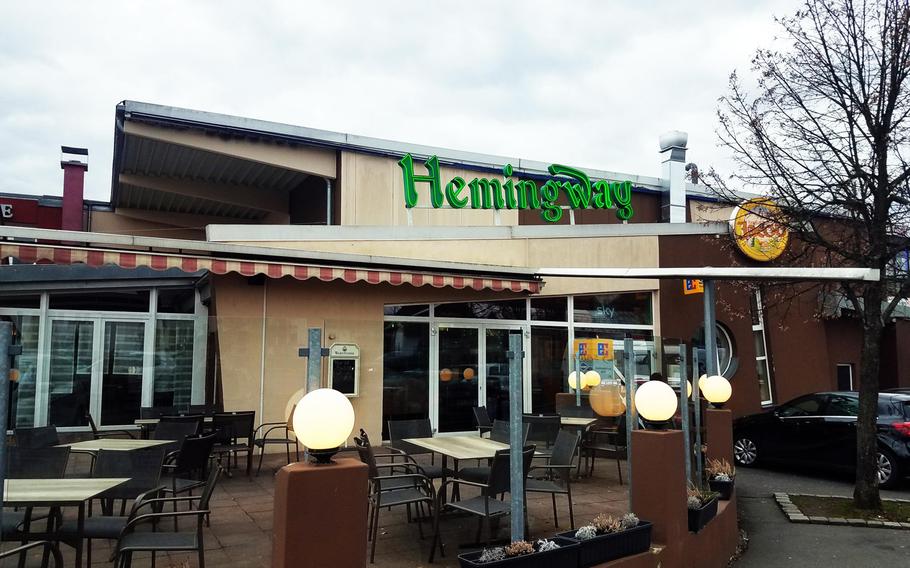 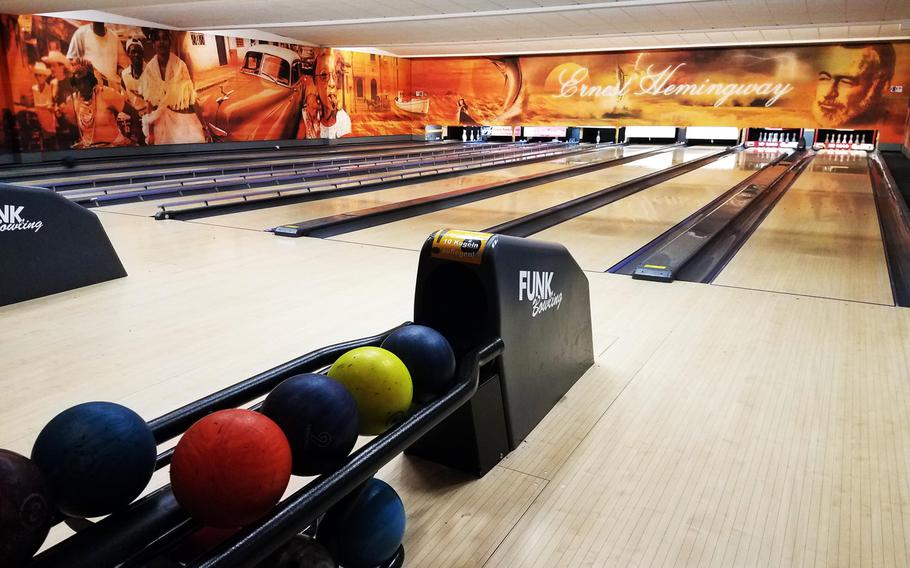 Buy Photo
The bowling alley at the Hemingway Cafe in Weiden, Germany. (Martin Egnash/Stars and Stripes)

The restaurant is somehow supposed to be Ernest Hemingway-themed, with pictures of him decorating the walls and quotes of the famous American author scrolled across the ceiling.

Hemingway, a notorious boozehound, would definitely have appreciated the extensive drink menu that features fairly fancy cocktails, especially for this region of Bavaria, where lager beer is the usual drink at local watering holes.

The food, on the other hand, is just OK. Except for the pizza, which is great.

There are a lot of burgers on the menu. I found mine to be a bit overdone, but they come with a variety of interesting toppings. I had a tasty bacon cheeseburger with some kind of berry sauce.

The pizza has to be the star of the menu, and it really does shine. Hemingway’s pizzas are thin-crust, which lets the cheese and toppings do the work. They come in a lot of varieties, too. I had one with pepperoni, peppers, fresh tomatoes and mushrooms, and it was delicious.

They have pretty big salads, too. An enormous pile of fresh vegetables might help you feel better about all the pizza you’re eating.

There are classic German delicacies as well, like schnitzel and currywurst. They look pretty good, but I didn’t try any.

Whatever you order, you also can get a side of four pancakes, which I thought was pretty cool. I mean, how often can you grab a pizza, a Manhattan and short stack all together?

And if you think pizza and pancakes are too much food, you can always work off those calories at the Werk dance club attached to the restaurant, which is usually lively on the weekends.

Hemingway, just 15 minutes from the Grafenwoehr Training Area, is a pretty fun place to visit. If you’re looking for something to do near base, you could always pay homage to one of the greatest authors of the 20th century by chucking bowling balls down an alley after a huge meal and listening to some live music.

Address: Regensburger Str. 55, 92637 Weiden in der OberpfalzDirections: About 15 minutes away from Grafenwoehr, via B470Hours: 8:30 a.m to midnight Mon-Thurs.; closes at 2 a.m. Fridays and 3 a.m. SaturdaysDrinks: A huge list of cocktails, beer and soft drinksFood: Burgers, pizza and German foodPrices: Around $10 per mealDress: CasualInformation:musikcafe-hemingway.de