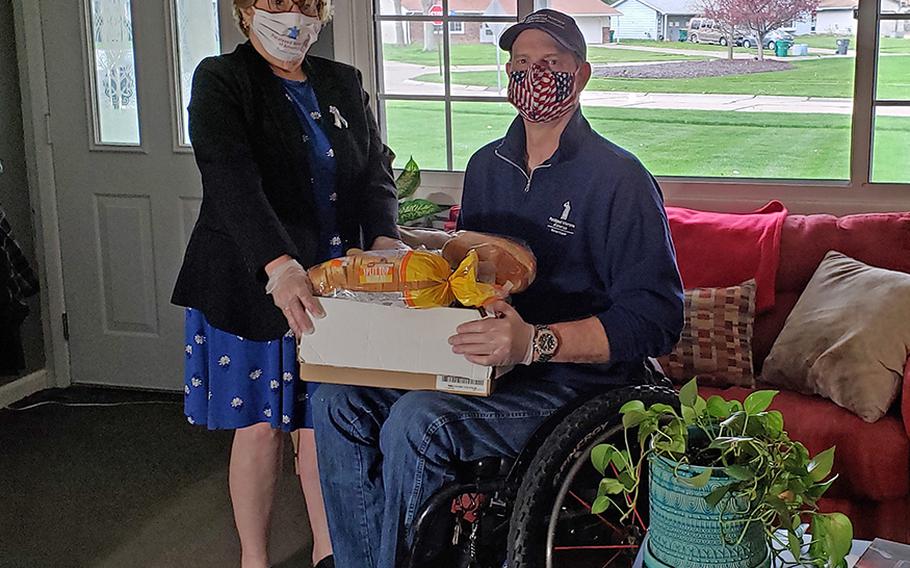 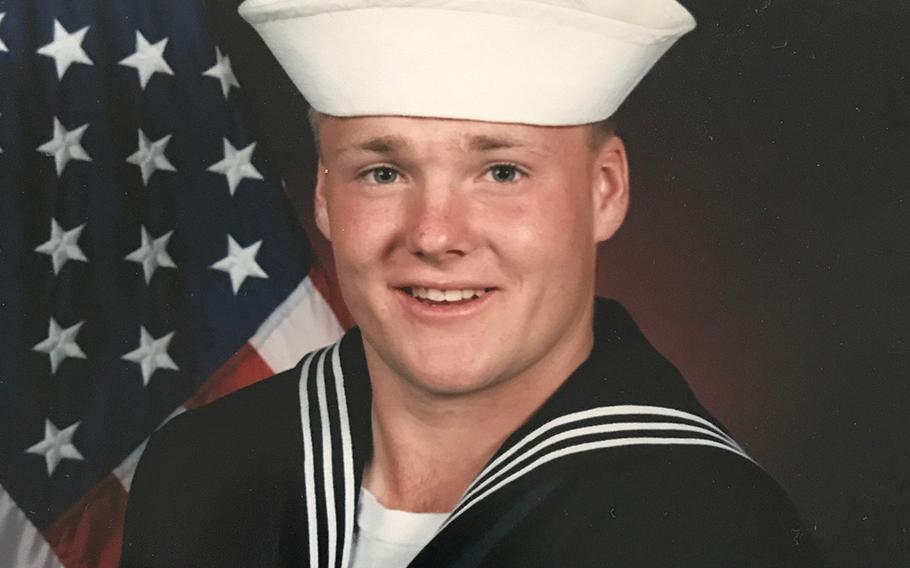 Navy veteran Tom Wheaton, his wife, Angela, and their two teenage children have been self-quarantining since March 13 at their home in Colorado. Wheaton's paralysis puts him at high risk for the coronavirus. (Paralyzed Veterans of America) 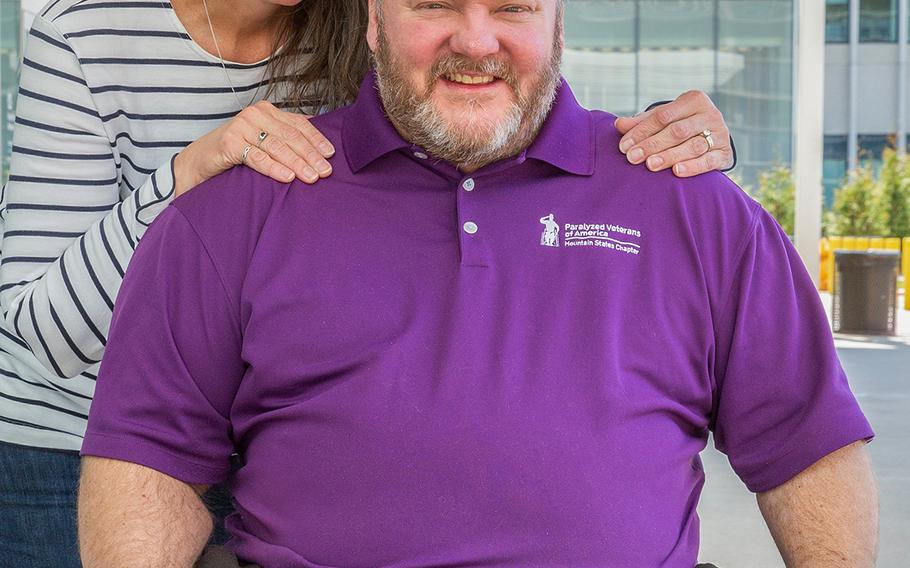 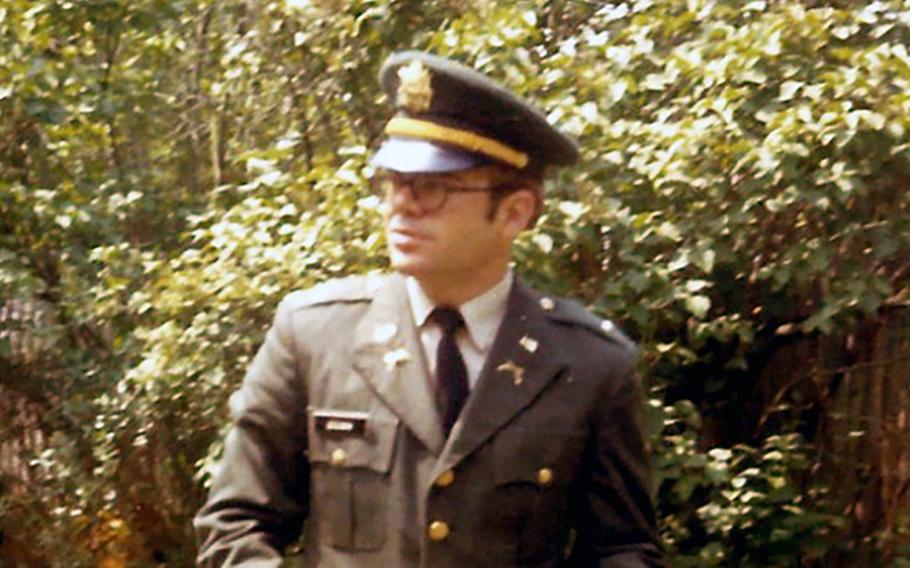 Army veteran Stan Brown, a quadriplegic, relies on a team of seven caregivers, one of whom tested positive for the coronavirus last month. Brown fears being left alone without help if he were to contract the virus. (Paralyzed Veterans of America) 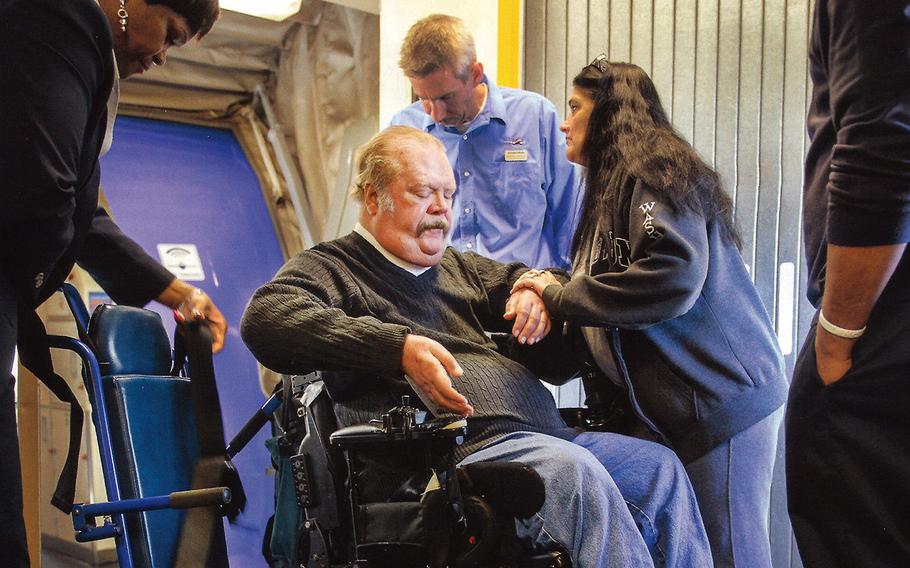 Army veteran Stan Brown, a quadriplegic, relies on a team of seven caregivers, one of whom tested positive for the coronavirus last month. Brown fears being left alone without help if he were to contract the virus. (Paralyzed Veterans of America)

WASHINGTON – Army veteran Stan Brown, a quadriplegic, relies on seven caregivers for nearly everything, from eating and dressing to running errands.

A few weeks ago, when one caregiver showed up to his St. Louis home with a cough, Brown, 72, sent her away and spent the next six hours confined to his bed until his next caregiver arrived for her shift.

Not long after that incident, another caregiver called in sick. She later tested positive for the coronavirus. Brown spent the following two weeks anxiously monitoring himself for symptoms, afraid he had the virus and could spread it to his other caregivers. Though he tried, he was never able to get tested.

It’s been several weeks since his caregiver tested positive, and Brown hasn’t shown any symptoms. However, he’s still anxious, and he plans to remain inside despite Missouri, his home state, beginning its reopening plan last week. It will be a long time before Brown feels safe, he said.

“I won’t feel back to normal again until we have a vaccine, even if it levels off,” Brown said. “I’m not going to feel safe getting out until that happens.”

As the coronavirus pandemic continues to be a deadly force in the United States, paralyzed veterans are struggling to meet their basic needs, such as buying groceries, according to Paralyzed Veterans of America, which aids and advocates for veterans with spinal cord injuries. The organization is also concerned about the mental health of its members, some of whom already suffer from anxiety, depression and post-traumatic stress disorder.

And for people with paralysis, the coronavirus poses an especially dire risk. The virus attacks the lungs, leading to breathing problems. Some people with paralysis have respiratory insufficiency, according to the Christopher & Dana Reeve Foundation. Because they may not have use of their abdominal or intercostal muscles, which form the wall of the chest, they lose the ability to force a cough, making them susceptible to respiratory infections.

The Department of Veterans Affairs operates 25 Spinal Cord Injuries and Disorders Centers across the country and maintains a registry of 24,531 paralyzed veterans. As of this week, 96 paralyzed veterans had tested positive for the coronavirus, said VA Press Secretary Christina Noel. Of those, 15 veterans – or 16% – have died.

The fatality rate across the U.S. population has been difficult for experts to estimate because of a lack of testing. Early figures have shown that about 5% of Americans who were confirmed to be infected with the virus have died.

In comparison, the virus is “kind of a death sentence” for paralyzed veterans, said Tom Wheaton, a paralyzed Navy veteran and the national treasurer of Paralyzed Veterans of America.

Wheaton, 53, has been quarantining with his family at their home in Golden, Colo., for over two months. As a leader of PVA, Wheaton has spent his days checking on members over the phone and on his iPad. He’s worried about their mental health, he said.

“We’re terrified and trapped – a lot more trapped than the general American,” he said. “It’s completely grounded us.”

Wheaton’s wife, Angela, serves as his caregiver, and he’s in constant interaction with their two teenage children. However, a lot of PVA members, like Brown, live alone and rely on hired caregivers to come into their homes – a concept that now creates anxiety and fears of getting sick, Wheaton said.

Members have been calling to do “buddy checks” and encourage each other. Wheaton described the calls as a lifeline during this stressful time.

“The anxiety, depression – we want to make sure those aren’t prevalent with our members,” Wheaton said. “We don’t want them to come close to thoughts of suicide, which is a risk for us, anyway. This last month is not making it easier.”

Besides their members’ mental health, PVA is worried about paralyzed veterans being able to meet their basic needs, like having enough food. Sharon Moster, executive director of Ohio’s PVA chapter, has noticed a dramatic rise in the amount of help members need to get groceries.

Moster’s chapter serves about 500 paralyzed veterans, about half of which live at or below the poverty line. Because of a rise in grocery prices, their monthly disability checks aren’t going as far. Moster now receives several calls each week from veterans who need emergency assistance.

“It’s really, very different,” Moster said. “It’s worse now than it has been.”

A few weeks ago, the Ohio chapter decided to preemptively help veterans. They allotted $35,000 to send Walmart or Amazon gift cards, each loaded with $75, to any of its members who requested help. About 360 of its 500 members asked for the cards. Rather than risking exposure, the chapter encouraged veterans to order groceries online and have them delivered or ask someone they know to pick them up.

Since they distributed the gift cards, Moster has received more calls from members, requesting the chapter send them again. Moster now carries a stack of gift cards with her so she can mail them out whenever she gets a request.

PVA operates 33 chapters nationwide and in Puerto Rico that are tasked with helping paralyzed veterans in their areas. The organization recently launched a public service announcement to educate people about the unique challenges facing paralyzed veterans during the pandemic and to raise funds to provide veterans with food and supplies. The group is encouraging people to donate at HelpPVA.org.

For now, Stan Brown isn’t having trouble with getting food and other basic supplies. He still has his team of caregivers, but he’s worried about what would happen if one of them exposes him to the virus. He’s concerned about the possibility he could be bound to his bed.

“If one goes down, there’s a good chance I may have gotten it and given it to the next person. It’s a domino effect,” Brown said. “If I had it, I wouldn’t want other people to have to work around me.”

All of his caregivers work for him part-time, and a few of them – including the one who contracted the virus – spend their other working hours at nearby nursing homes. Nursing homes and other long-term care facilities have been the sites of major coronavirus outbreaks. According to The New York Times, residents and employees of those facilities account for more than one-third of coronavirus deaths, despite accounting for only 0.5% of the population.

The thought is a constant fear to Brown.

“I’m still anxious,” he said. “I haven’t figured out a plan if things go south. I don’t know what I’m going to do.”