Task force backs a merger of the military's stores 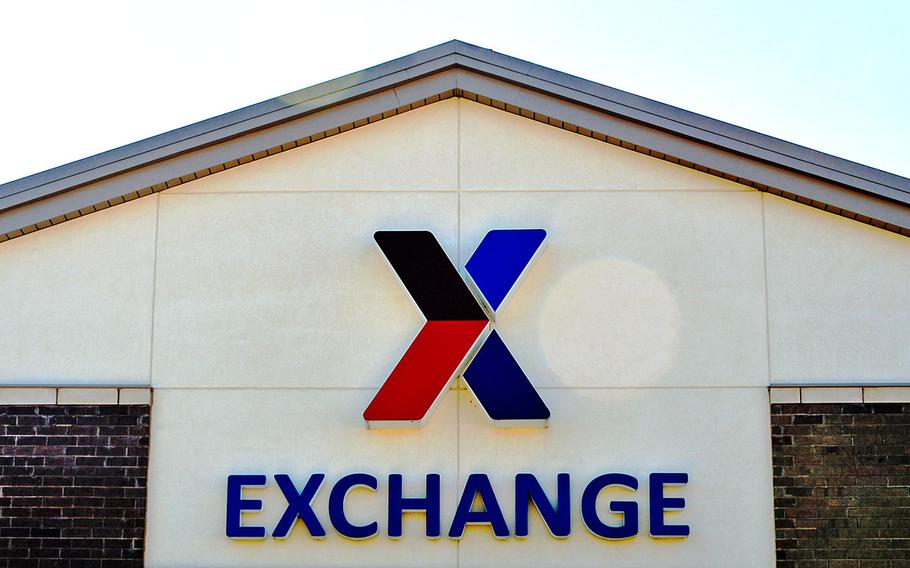 The Defense Commissary Agency and the military’s three separate exchange services should be consolidated under a single resale enterprise for the purpose of streamlining above-store and back-of-store operations, says a business plan report the Defense Department is expected to endorse and send to Congress next month.

The single governance structure envisioned for military resale is laid out in a business case analysis developed over the last half of 2018 by a task force of retail executives headed by retired Army Maj. Gen. Keith Thurgood.

The task force was heavily supported by Boston Consulting Group, whose reform recommendations adopted for commissaries in 2016 have so far failed to reverse a steady and worrisome decline in sales at on-base grocery stores.

Thurgood served as chief executive officer of the Army and Air Force Exchange Service (AAFES) from 2007 to 2010 and held executive positions in the health care and retail industries. He would become interim director and CEO of the consolidated resale system if the task force recommendations advance.

Then-Deputy Defense Secretary Pat Shanahan ordered the task force created last May to develop a business case to support consolidating military resale systems. It therefore surprised no one when the report concluded consolidation would produce attractive savings. The estimate is $700 million to $1.3 billion over the first five years, less about $500 million in implementation costs, but then $400 million to $700 million a year in recurring savings after full transformation.

Every exchange service reacted to the task force findings with frank critiques, attacking how it used their staffs and data, and warning of deepening risks to the shopping benefit if the proprietary industry “benchmarks” of Boston Consulting Group, used to estimate merger efficiencies, turn out to be wrong.

Still, the Army and Air Force concurred with the task force findings. The Navy initially did not, with Undersecretary Thomas Modly, in a Dec. 6 memo, describing the results as “less than convincing.” Five weeks later, however, Modly switched the Navy position to “concur” but continued to insist the task force had “overstated” many “estimated efficiencies,” adding four pages of comments and concerns.

In a recent joint interview, Thurgood and Lisa Hershman, acting chief management officer of the Department of Defense, discussed the task force findings, the criticisms they have sparked, challenges facing the shopping benefit and new authorities Congress would have to provide if full consolidation is to occur.

“This is about enhancing this benefit,” said Thurgood. “Now, can we do that while taking costs out of the system? Yes, we can. But that’s not the endgame. The endgame is creating a new business model that really changes the future trajectory” of military resale, which has lost ground to commercial competitors.

“That means you have to do things fundamentally different than we are doing today,” Thurgood said. “As you know, revenue is down across the board [for] the resale entities.” Falling commissary sales “is particularly acute for a variety of reasons: changing demographics; generational buying patterns. The market is tough anyway in the food world. It’s a very small margin game.”

Commissaries and exchanges would stay separate stores on base, Thurgood said. Consolidation would focus on a new central governance structure and squeezing efficiencies and achieving synergies by merging back office and “above store” functions that customers don’t see, he said.

“This would not be about divesting or closing,” Thurgood added.

The task force plan targets portions of current resale operations for modernization and others for unification, Hershman added. But there also would be “no-touch zones,” to include AAFES, Navy Exchange and Marine Corps Exchange storefronts, branding, labeling and their operational responsiveness to needs and directions of their service secretaries.

“At the very minimum,” said Hershman, “we want to maintain, and if possible, improve that [shopping] experience.”

Decline in commissary sales has been steady for almost four years. Critics maintain it persists despite recent reforms recommended by Boston Consulting, including introduction of lower-priced private label products, adoption of variable pricing based on store locale, and the intentional reduction in number of brand items sold as way to negotiate better prices from manufacturers.

Representatives of brokers and manufacturers doing business with exchanges contend that most of the efficiencies identified by the task force are linked to price negotiation techniques that have failed to reverse sliding commissary sales or to reduce significantly reliance on tax dollars to maintain grocery discounts.

Exchange systems criticized the task force for relying on unverifiable industry benchmarks from Boston Consulting Group to calculate efficiencies, one contending forecasts of savings are six to nine times higher than are likely to be realized.

Thurgood disagreed. He said benchmarks “are not aggressive” but “right in the middle” of industry norms. “And yeah, they are proprietary because when you hire a consultant to give you advice and counsel, it’s their information. But if you do the math … these are by no means outside of normal bounds here.”

To mitigate the risk of overstating efficiencies, Thurgood added, the task force projected cost savings only from consolidating merchandising operations, organizational structures and non-direct spending, ignoring potential savings from data consolidation, the streamlining of the supply chains and other functions.

“If you look at some of the studies our own resale folks have done in the past, the numbers are the same. They are not out of range here,” Thurgood said. “I reject the idea that it’s somehow super aggressive.”

The Defense Department has authority under existing law to merge exchange services to whatever degree it desires. To consolidate exchange systems with commissaries, however, would require that Congress amend current law.

Hershman said she hasn’t decided for certain to endorse the task force’s call to replace four retail systems with one. She will make that decision soon and advise David Norquist, who is performing the duties of deputy secretary of defense while the former deputy, Shanahan, serves as acting defense secretary.

Last year’s defense authorization bill bans any spending on resale consolidation before Oct. 1 this year. It also required the department to deliver a report to Congress on feasibility of a single defense resale system by Jan. 1 this year. The department got that deadline extended, Hershman said, but the report will be delivered soon and will describe, as requested, options and plans for consolidating military retail activities while preserving military shopper discounts.

If task force recommendations are approved, Hershman said, she isn’t worried that risks to the shopping benefit will rise, given the “thoroughness” and “transparency” of work done to date and her own interactions with exchange and commissary “stakeholders” during final consideration of the task force report.

“I didn’t want to have any judgment without all the information, and that would include the data as well as just talking to people” who feel passionately about the changes proposed, Hershman said.

“Change fixes the past but transformation is about creating a new future. And that’s what this is about,” Thurgood said. “And to do that requires us to think differently, to act differently, to get focused on the customer and do the right kinds of things. And that is hard for people, both operationally and behaviorally.”