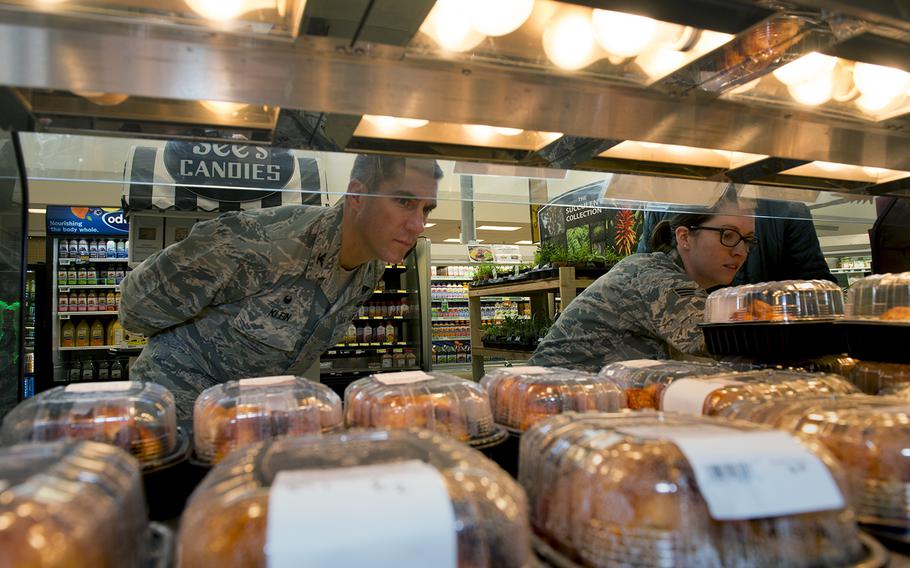 Boston Consulting Group, the contractor that raised doubts about 30 percent average shopper savings in commissaries and called traditional “at-cost” pricing inefficient, stands to profit handsomely from the changing nature of the prized shopping benefit, say product manufacturers and suppliers getting squeezed in the process.

After completing a $1.5 million study of commissaries in 2015, Boston Consulting Group (BCG) landed several no-bid contracts from Defense Commissary Agency (DeCA) to implement the study’s vision of commercial-like stores that will maintain patron savings but use variable pricing and in-store brands to generate first-time profits and slash taxpayer funding.

One of the BCG contracts, DeCA officials confirmed, gives the company a share of whatever savings are realized as category managers squeeze manufacturers on prices, using scripts written and coached by BCG staff.

Price concessions achieved using BCG techniques, which some manufacturers call coercive, are to be used to cut DeCA’s $1.3 billion annual appropriation and to pay BCG, but not to benefit patrons with lower prices on brand products, said Patrick B. Nixon, president of American Logistics Association, which represents manufacturers, distributors and brokers of products sold in commissaries and exchanges.

Nixon said he makes that claim based on review of DeCA documents to manufacturers. Nixon is a former director and chief executive officer of DeCA as well as a long-time advocate for preserving military shopping benefits.

Angry manufacturers, meanwhile, are sounding alarms that patrons soon will see favorite brands disappear from commissary shelves, and remaining brand names will offer fewer coupons and other promotions as those dollars are applied to leaner prices paid by DeCA and benefiting BCG.

Among the first products to disappear when current inventories sell out will be Duracell batteries and two top-selling brands of tomato sauces, said industry sources, cautioning the screening process is just beginning.

“Thanks again for your active participation in this process and for offering cost decreases on your assortment,” DeCA wrote one manufacturer in an October notification letter. “However, we need to maximize savings for patrons and taxpayers for DeCA’s long-term health, and your competitor’s offer is stronger by that measure. As a result, we intend to move forward with your competitor as our exclusive mainline brand.”

“Understand,” said Thomas Gordy, president of the Armed Forces Marketing Council, “these are top-selling products you see every day on TV” that manufacturers spend “hundreds of millions of dollars every year promoting them. … And now DeCA is developing lower tier categories.”

“Part of the reason why brands are being taken off the shelf,” Gordy added, “is because they want to make room for the store-brand products, and they only have so many cubic feet of space on store shelves.”

A DeCA official told Gordy that the BCG no-bid contracts, valued on their face at roughly $50 million, were structured also to provide BCG an unrevealed percentage of savings negotiated from manufacturers so that BCG would have “skin in the game” beyond the fixed contract awards.

“This type of contract, when effectively applied, aligns incentives between the government and the private sector by requiring the contractor to take on risk for program success. This ensures that outcomes are fully focused on the best interests of the taxpayer,” said the spokesman.

DOD “is mindful” that transformation plans for commissaries include a requirement to maintain “current levels of patron savings,” he said.

Daniel Werfel, a director on the BCG public sector team in Washington, serves on the Defense Business Board as an unpaid adviser to the secretary of defense. But a BCG spokesman said Werfel has recused himself “from any matters or discussions before the DBB related to military resale.”

Some manufacturers criticize even the appearance of a conflict of interest for BCG with DeCA paying for its experience in price negotiations while BCG serves competing manufacturers through separate contracts.

“We have strict internal policies and Chinese walls that ensure our teams are not put in a position to have a conflict of interest,” said a BCG spokesman. “Such measures are essential to our business and something we take extremely seriously.”

Nixon noted DeCA’s long-held claim of shoppers saving an average of 30 percent under the price setting formula of cost-plus-a-5-percent surcharge. Those savings were backed by “rock-solid” price comparisons and audits that DeCA directors, including Nixon, defended going back decades.

Yet neither Congress nor DeCA has verified BCG’s claim, using far more limited data, that average savings might be as low as 17 percent. The fear is, Nixon said, that DeCA will be pressured to “move the goalposts” on savings, so price breaks wrangled from manufacturers can be used to pare its operating budget and pay BCG rather keep shelf prices low for patrons.

To protect against this, Congress did order the department by last March to produce a report verifying the level of shopping savings. DeCA called this savings determination “foundational for transformation,” said Gordy. “Yet here we are in November, eight months beyond the deadline, and we still don’t know what real savings are” as product assortment shifts.

Manufacturers and shopper advocates also warned Congress and DOD not to proceed with transformation until the Government Accountability Office could review planned reforms and goals. The draft GAO report now circulating is critical of assumptions embraced by DOD on commissary savings and patron satisfaction, saying no real metrics exist to track them.

“DOD’s report states that it expects to achieve an estimated $2 billion in reductions over a five-year period (through 2021). However, the report does not include any assumptions, a methodology or specific timeframes related to cost-savings initiatives that would lead to the $2 billion savings.”

Defense officials conceded to GAO that their estimate was “arbitrary” and “they did not develop details on the steps they would take to achieve $2 billion in savings,” GAO reported. That leaves decision makers unable to “evaluate the effectiveness of DOD’s efforts in achieving cost savings without reducing patron benefits.”

Nixon called on Congress to “put a halt on moving forward with these changes until key questions raised by GAO have been answered” and details of the BCG contract and how it affects patrons are studied. Otherwise he predicted “a dramatic blow to patron confidence about the benefit.”