Stroll the streets of Passau, a lesser-known tourist site where the Danube, Inn and Ilz rivers meet 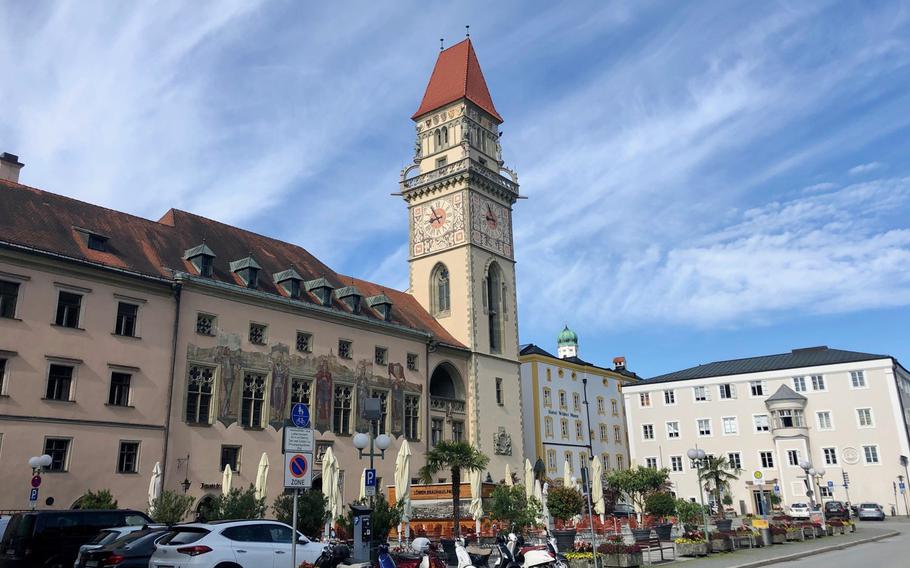 Buy Photo
The Baroque, 14th century Old Town Hall on the river bank houses a small museum. The cobblestone square has a number of open-air cafes where you can take a break in the shade. (Slobodan Lekic/Stars and Stripes)

Buy Photo
The Baroque, 14th century Old Town Hall on the river bank houses a small museum. The cobblestone square has a number of open-air cafes where you can take a break in the shade. (Slobodan Lekic/Stars and Stripes) 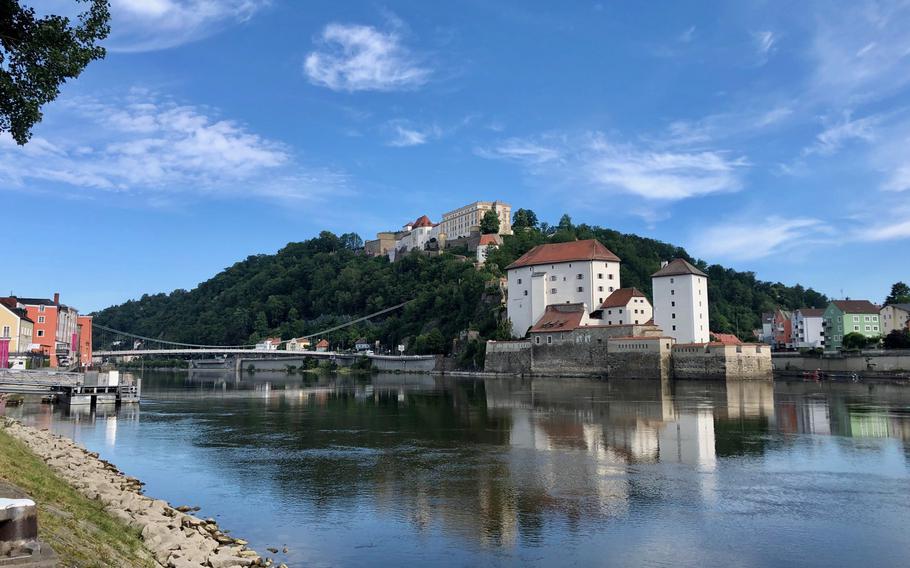 Buy Photo
The Danube River at Passau, with the immense Veste Oberhaus fortress perched on the hill overlooking the old town. (Slobodan Lekic/Stars and Stripes) 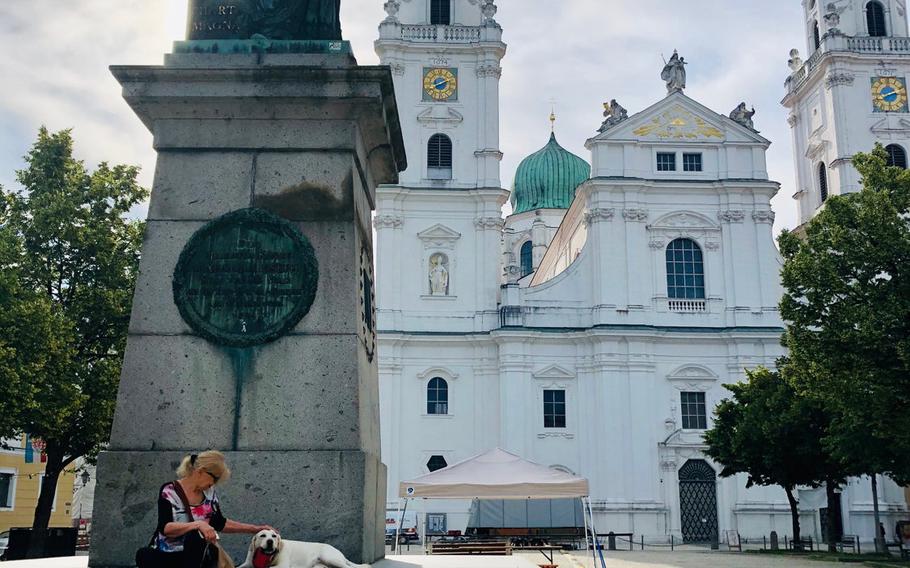 Buy Photo
A visitor and her dog take a break at the foot of the monument to Bavarian King Maximilian I Joseph in the square outside the cathedral in the center of Passau's medieval old town. (Slobodan Lekic/Stars and Stripes) 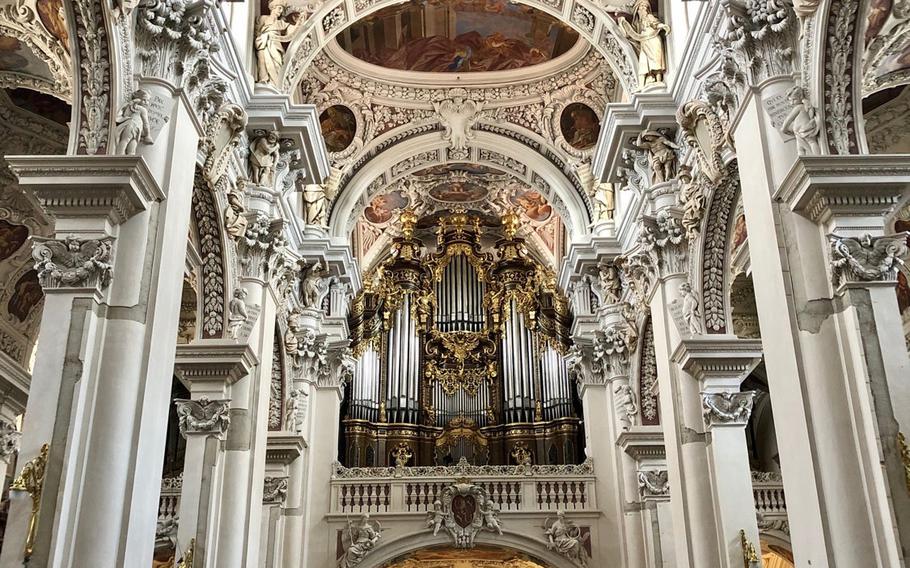 Buy Photo
The organ at St. Stephen's Cathedral in Passau was once the largest church organ in Europe. (Slobodan Lekic/Stars and Stripes) 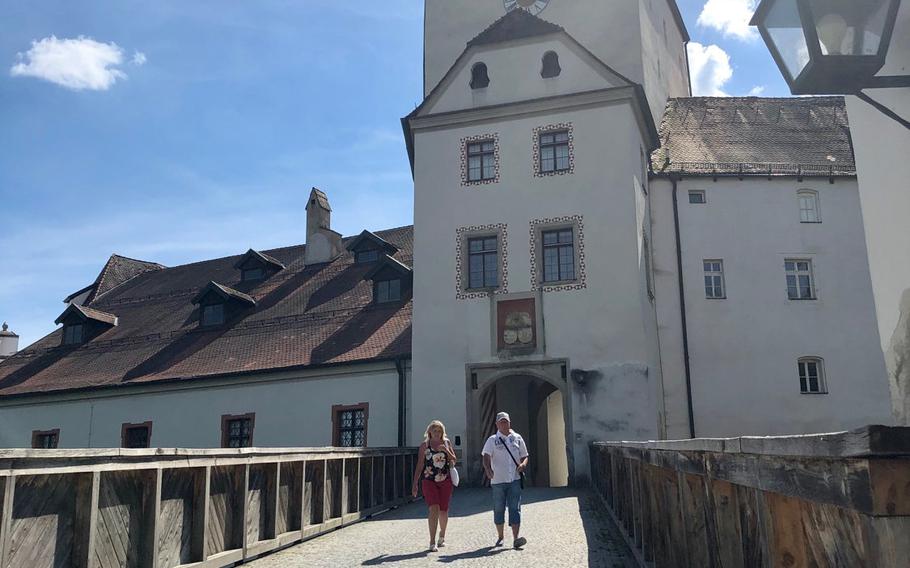 Buy Photo
Visitors walk down from the main gate into the Veste Oberhaus fortress, one of Europe's largest, overlooking Passau and the confluence of the Danube, Inn and Ilz rivers. The fortress and its military museum definitely merit a visit. (Slobodan Lekic/Stars and Stripes) 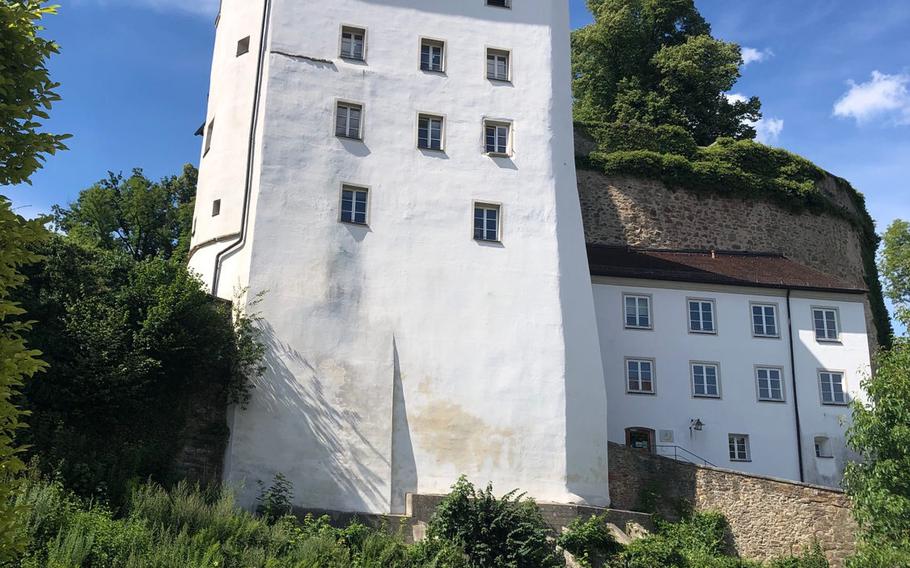 Buy Photo
One of the towers of the Veste Oberhaus fortress, where the military museum displays weapons, uniforms and other artifacts dating from the Middle Ages to the Napoleonic wars. It is currently closed due to the COVID-19 epidemic. (Slobodan Lekic/Stars and Stripes) 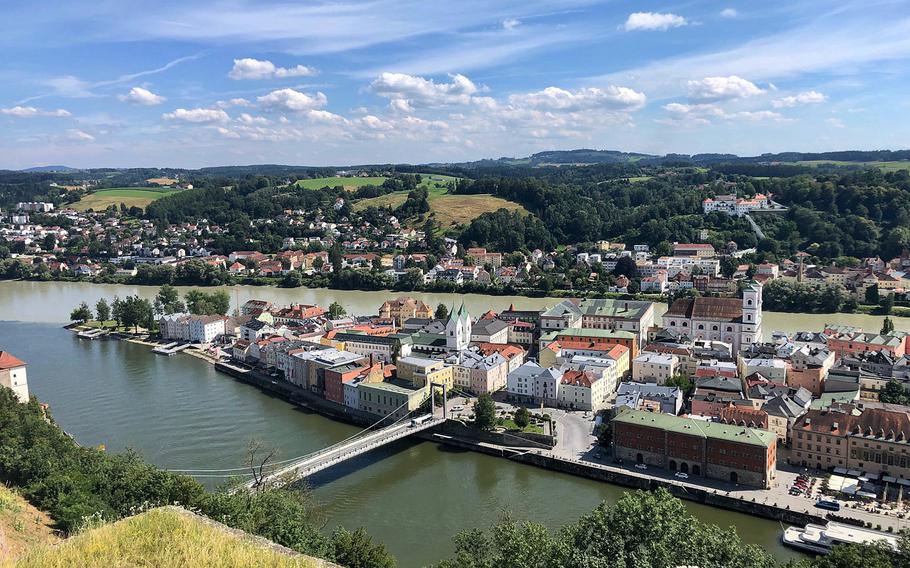 Buy Photo
A panorama of Passau's as seen from the fortress overlooking the confluence of the Danube and Inn rivers. The waters of the Danube are darker, while those of the Inn are a lighter shade of green. (Slobodan Lekic/Stars and Stripes)

Although not one of the best-known tourist destinations in Germany, Passau attracts throngs of international visitors each year, many of them on cruise ships making their way down the Danube River, but also many stopping off on their way to Austria, Hungary or Croatia.

Located in the southeastern corner of Bavaria near the Austrian border, Passau is within easy reach of Grafenwoehr. It’s also a convenient stopover for those traveling south from other parts of Germany or the Benelux countries.

Founded by the Celts nearly 2,000 years ago and later developed by the Romans, Passau is one of Germany’s oldest cities, offering plenty of picturesque Baroque and Gothic buildings in the downtown area.

Among the must-see places in Passau is St. Stephen’s Cathedral and its 17,000-pipe organ, which was once the largest in the world. Every day at noon, there’s an organ recital in the cathedral that lasts about 30 minutes. It’s free of charge, offering a brief respite from the midday heat and life’s general chaos.

Another sight to see is the immense Veste Oberhaus fortress, perched on a hill overlooking the city. This is one of Europe’s largest fortifications, and to get to it, you have to cross the Danube (there’s a bridge to help you) and then climb up a steep incline to the gates. But it’s definitely worth it, if only for the jaw-dropping views of the old town and the unique meeting point of the Danube, Inn and Ilz rivers, which gives Passau its other name, Dreifluessestadt, or three rivers city.

The fortress houses a museum focused on the history of the city and the entire border region, and next door to it is the Oberhaus restaurant, which offers unparalleled views of the town and the confluence of the three rivers.

A stroll around the medieval Altstadt, with its maze of streets, squares and secluded parks, and charming cafes and restaurants, should also be on visitors’ to-do list. Cycling tours along the banks of the Danube and Inn rivers are also available.

Passau is one of the main ports for river cruise ships that ply the Danube, and its narrow streets are normally crowded with visitors. But because of the coronavirus epidemic, most cruises aren’t operating — many of the ships are, in fact, parked along the river banks. This means there are no throngs of tourists in Passau, making it easy to go for a leisurely stroll and take in the sights of the Dreifluessestadt.

DIRECTIONS: By car from Grafenwoehr, take the A93 south to Regensburg, then the A3 to Passau. From Stuttgart, take the A8 to Munich, then the A92 to the A3 and continue in the direction of the Austrian border.

ACCOMMODATIONS: Passau has numerous hotels, including boutique hotels in the old city. My favorite is the centrally located, no-frills Stadthotel, mainly because it takes pets and costs about 75 euros for a double room. There is a large parking lot a block from the entrance. Address: Grosse Klingergasse 17, Passau 94032. Phone +49 (0)851 33069.