Staying ready for anything at Osan Air Base 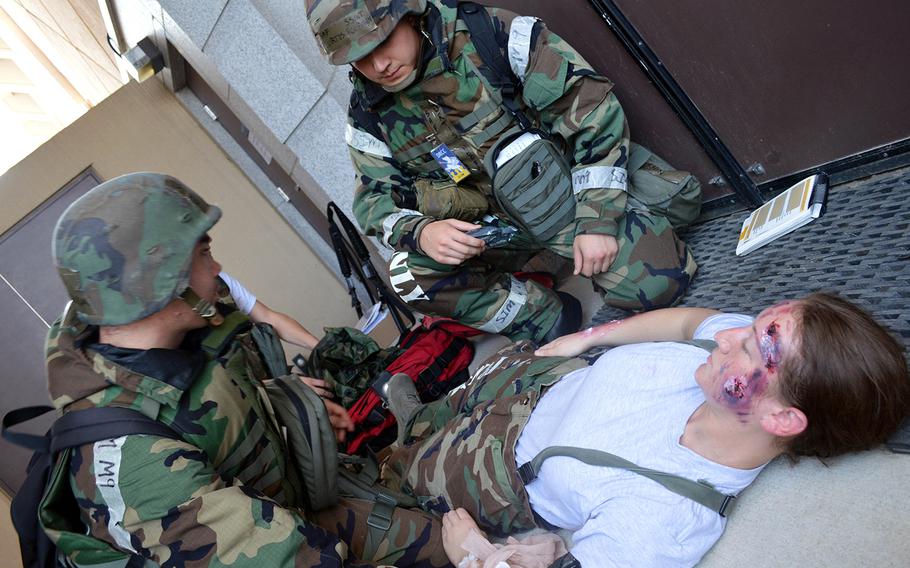 Airman 1st Class Hallie Zdanczewski lies on the ground as she plays the role of a mass casualty victim outside the Osan Air Base passenger terminal during the Beverly Midnight 2013 exercise, Aug. 8, 2013. A couple of airmen attempt to give Zdanczewski first aid as part of the mass casualty drill. (Armando R. Limon/Stars and Stripes)

Airmen at Osan Air Base, South Korea, took part in a mass casualty exercise during the Beverly Midnight 2013 exercise on Aug. 8.

This is a preview of content that is currently available to Stars and Stripes Tablet Edition subscribers. To subscribe, please download our iPad app. Subscribers enjoy first access to the latest Stripes feature stories, exclusive photo galleries and more. The Stars and Stripes app is free to download from the Apple App Store. Tablet Edition subscriptions are regularly$3.99 a month. Taking advantage of our special introductory offer will give new subscribers up to four months for the price of one.