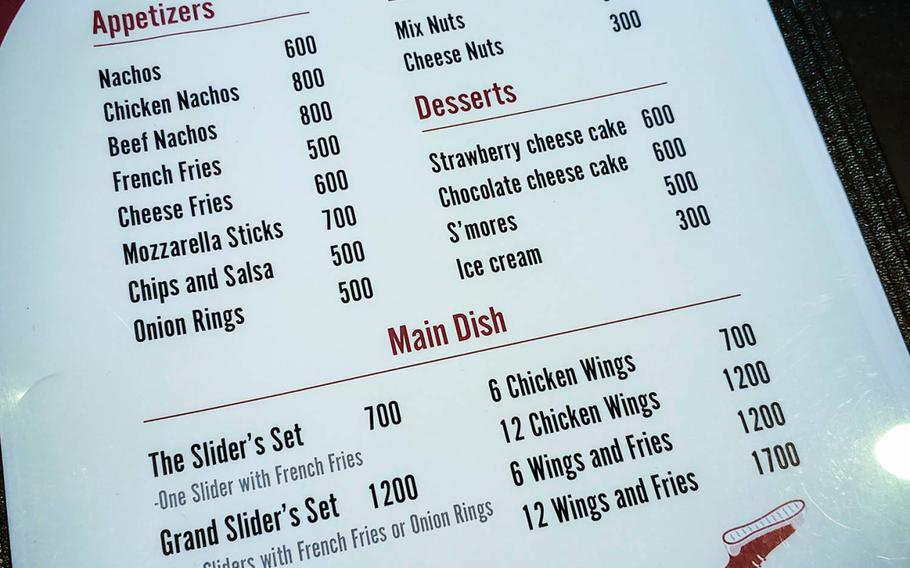 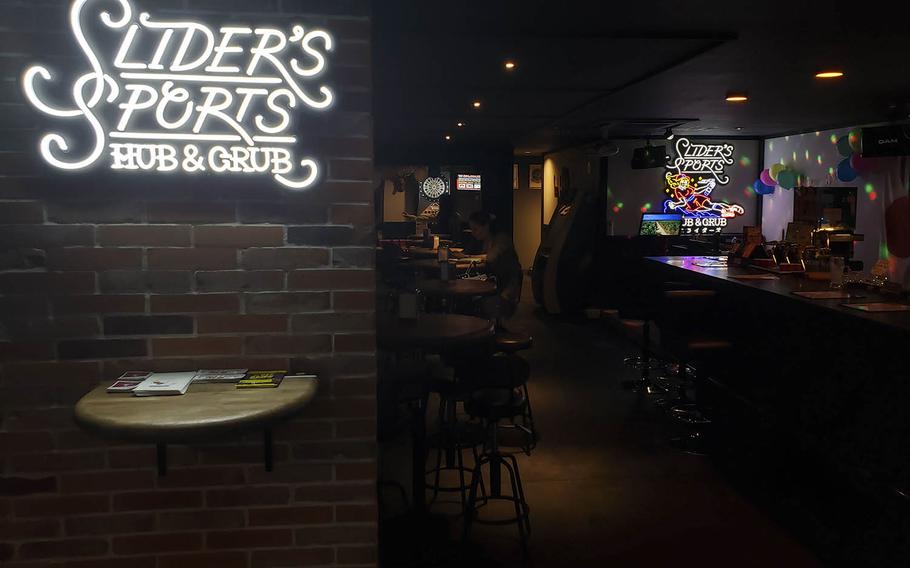 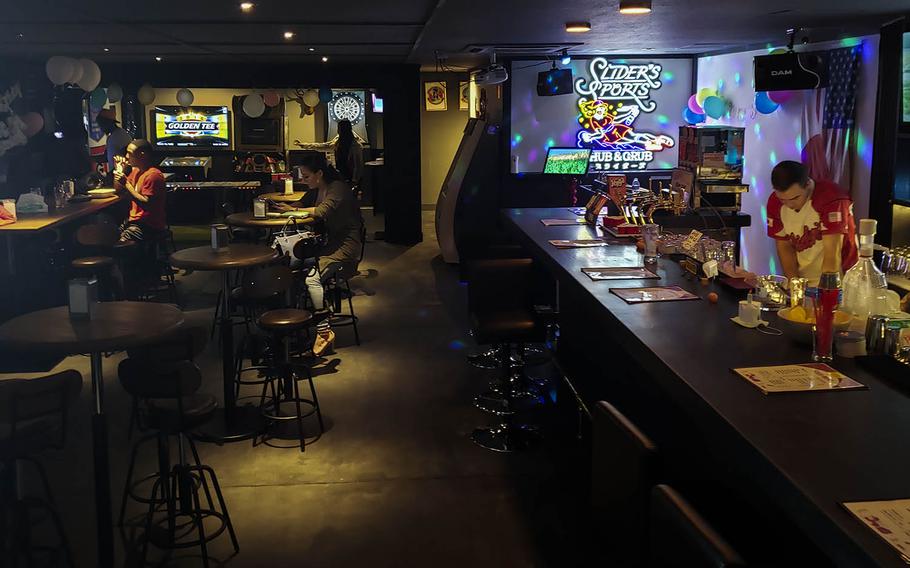 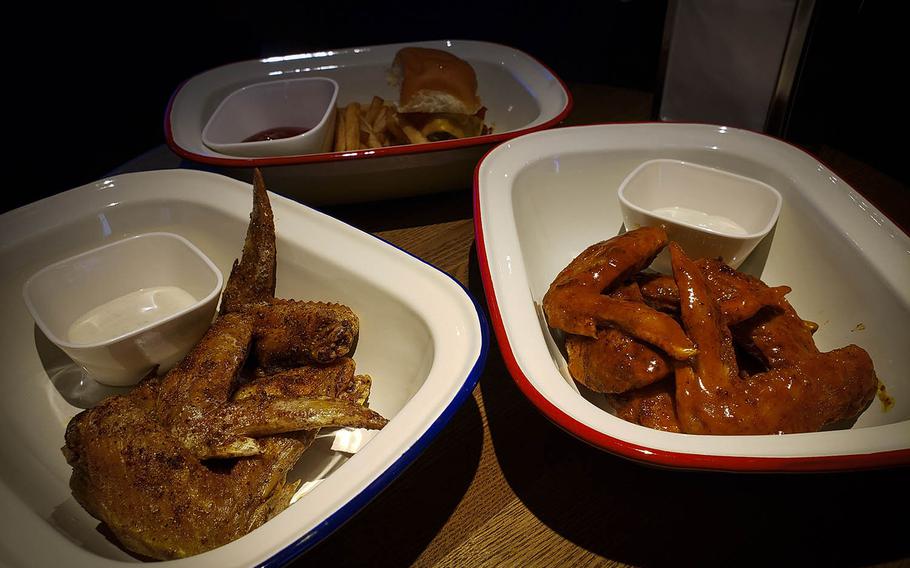 Buy Photo
A customer chomps into a lemon pepper chicken wing at Slider's Sports Hub & Grub, a new eatery near Yokota Air Base in western Tokyo. (Theron Godbold/Stars and Stripes)

Just a short walk from Yokota Air Base in western Tokyo, there’s a new sports bar with a flavorful menu and an American feel.

Slider’s Sports Hub & Grub opened July 4 in the northeast end of the popular nightlife district called Bar Row. It’s situated in a Tokyo suburb of Fussa, but inside its doors is the familiar atmosphere of a stateside sports bar.

While eating there recently with my friend Phil, we both observed that the new bar and restaurant reminded us of a Buffalo Wild Wings franchise, just a lot smaller.

The menu is small with only two main dishes, sliders and wings, which both start at about $6.50. But it also lists eight appetizers, including staples like nachos and cheese fries (both about $5.50), and desserts like strawberry cheesecake (about $5.50) and S’mores (about $5).

Sliders are mini-burgers about one-quarter the size of a normal burger and are served on a bed of french fries. If you’re hungry, I recommend ordering the grand slider set (about $11.50) because the single is more of a snack than a meal.

Slider’s shines with its other main menu item — wings. The one drawback is that the sports pub serves only two flavors, Buffalo and lemon pepper. But both put smiles on our faces.

“The Buffalo has just the right heat and none of the sweats, just flavor,” Phil said.

Jason Roos — our server, cashier and waiter — said the pub plans on introducing a wider variety of wing flavors to its menu if the business does well.

The relatively small establishment has room for nine tables. Eight of them will seat nine patrons comfortably; the ninth will accommodate a party of 12 or so. Four big-screen TVs and a global satellite feed provide a range of live sports, from air racing to hockey and then some.

The staff wears sports jerseys, which adds to the fun and friendly atmosphere.

Slider’s also offers American and Japanese beer in bottles and on tap. During our visit, the bar had two American craft labels on tap, Fat Tire and Stone IPA, although the beer varieties change frequently, our server said.

Our check came to about 3,900 yen (about $35) for two six-piece orders of wings, a single slider set and a basket of fries. Add another $8 for a pint of American craft beer or $5 for a bottle.