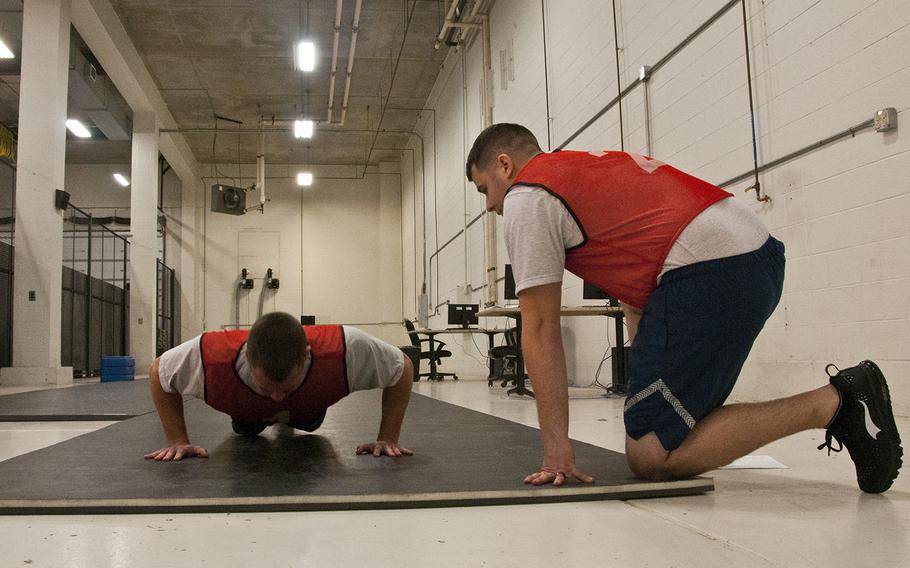 WASHINGTON — Officials at Shaw Air Force Base, S.C., have suspended physical fitness testing after a second airman in less than a week died of health problems after completing a physical training assessment.

Col. Derek O’Malley, the commander of Shaw’s 20th Fighter Wing, ordered the PT test stand-down and an investigation into any potential connections between the May 26 death of Senior Airman Amalia Joseph and the June 1 death of Senior Airman Aaron Hall, Shaw officials said in a statement. Joseph, 32, and Hall, 30, both worked as electronic warfare systems journeymen and were assigned to the 20th Component Maintenance Squadron, according to the Air Force.

“We don’t know what caused these deaths, but we are exploring every possibility to get the answers we need to prevent this from happening again,” O’Malley said in a statement Monday. “… We’re looking closely at our processes and investigating their work environment for anything that may have contributed to these tragedies. As you can imagine, we are struggling as a team after a very difficult last few weeks, but we will be as transparent as we possibly can as we work through this.”

The airmen died at local hospitals, where they were taken after they completed their fitness tests on separate days, according to an Air Force spokeswoman who declined to provide additional information, citing the ongoing investigations and privacy concerns.

In the statement, O’Malley described recent weeks as “devastating” for the Shaw Air Force Base community. In addition to the deaths of Joseph and Hall, a third airman from the installation died May 21 of an apparent suicide after he had gone missing three days earlier, according to the service.

“While these kinds of losses are part of life, especially in military service, that doesn’t make them any easier,” O’Malley said in the statement. “Our lives were better because we knew them, but our squadrons are so much emptier without them. As time passes, the wing and our mission will get back to some version of normal, but for the families and friends of these fallen airmen, these losses will never be normal.”

The Navy in recent months has seen similar deaths at its boot camp, which launched its own investigation into physical fitness-related injuries and deaths. That investigation is ongoing.

Seaman recruits Kelsey Nobles, 18, and Kierra Evans, 20, both collapsed during their final physical fitness tests at Naval Station Great Lakes in Illinois — Nobles in April and Evans in February.