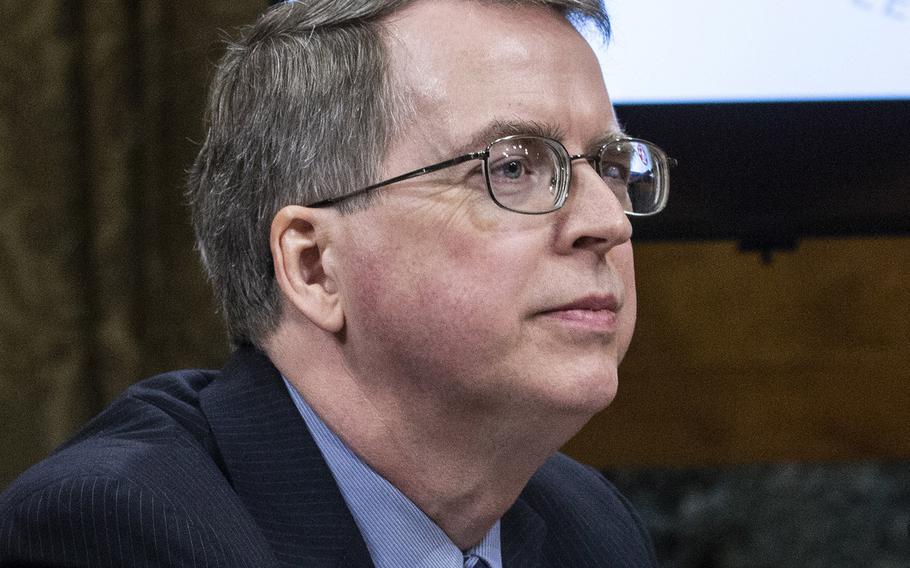 The announcement was made during a meeting Wednesday morning at the Pentagon with all of the service secretaries and undersecretaries of defense, according to a defense official who spoke on condition of anonymity.

Norquist has been the department’s comptroller and chief financial officer since June 2017, and his duties include overseeing the Pentagon’s annual budget. He has more than 28 years of federal financial management experience, according to his official Pentagon biography. He previously was the chief financial officer for the Department of Homeland Security from 2006 to 2008.

“I have the greatest confidence in his abilities to lead a phenomenally talented team while performing the duties as deputy secretary of defense,” Shanahan said Wednesday in a statement.

Shanahan also told the leaders gathered at the meeting to keep focused and moving forward with the National Defense Strategy and “to remember China, China, China,” according to the defense official.

“We understand the great-power competition and who those players are. And China is a major focus,” the official said about Shanahan’s China remark.

China, along with Russia, were identified as strategic competitors and a main focus for the department in the 2018 National Defense Strategy, written by Shanahan’s predecessor Jim Mattis, whose last day was Monday.

Shanahan also attended a cabinet meeting Wednesday at the White House. In his first official statement as acting secretary of defense, Shanahan said he looks “forward to working with President [Donald] Trump to carry out his vision alongside strong leaders including the service secretaries, the Joint Chiefs of Staff, the combatant commanders, and senior personnel in the Office of the Secretary of Defense.”

Norquist’s appointment follows the departure of Dana White, who left her post Monday as assistant to the secretary of defense for public affairs. White was under investigation by the DOD Inspector General on suspicion of using her staff to run personal errands and then retaliating against them, according to a CNN report in August 2018.

Now taking her role of chief Pentagon spokesperson is Charles Summers Jr., who was the principal deputy assistant under White. He also serves as a captain in the Navy Reserve working in public affairs.