Sanders: Veterans bill will get bipartisan support, despite few details on how to pay for it 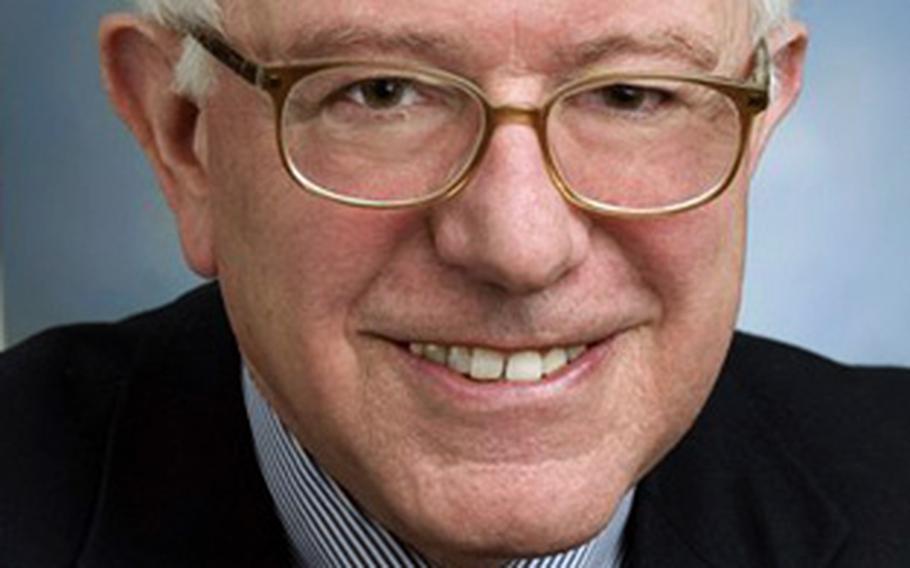 WASHINGTON -- Senate Veterans Affairs Committee Chairman Bernie Sanders, I-Vt., is confident that lawmakers from both parties will support the initiatives in his wide-ranging legislative package for veterans if it comes up for a chamber vote next week.

But Senate leaders still haven’t settled on how they’ll pay for its $30 billion price tag, and that decision will likely determine its future in the House.

Senate Majority Leader Harry Reid, D-Nev., has promised the bill -- which covers dozens of changes to Department of Veterans Affairs appropriations, veterans education benefits and post-military health care -- will be brought up for a vote “as quickly as possible.”

But how to pay for the legislation hasn’t been worked out yet. Sanders said his staff is looking at tapping into overseas contingency funding as the most likely option, saying he sees plenty of waste and excess in that account that could be redirected for the post-war needs of veterans.

That’s unlikely to gather Republican support in the House, since leadership there has resisted tapping into overseas resources to pay for new programs.

Republicans have blasted Democratic efforts to use annual reductions in contingency spending to offset new spending, arguing that the approach is nothing more than a budgeting gimmick.

About $6 billion of the $30 billion cost would go toward restoring a 1 percent reduction in annual cost-of-living increases for working-age military retirees.

That proposal was included in the recent budget deal and drew the ire of veterans groups, who called it an unfair cut on a population that has already sacrificed private sector wages and careers to serve the country.

Numerous lawmakers have proposed repealing the cut, but none has found broad consensus on how to cover that $6 billion.

Sanders said he’s confident Senate leadership will find a way to pay for the measure, and that rolling all of the legislative proposals into a massive, single bill won’t hurt its chances of passage.

Sanders said he is unsure when the vote will take place, but noted that the attention from the hearing will help highlight the need for a retirement fix and more comprehensive help for veterans.