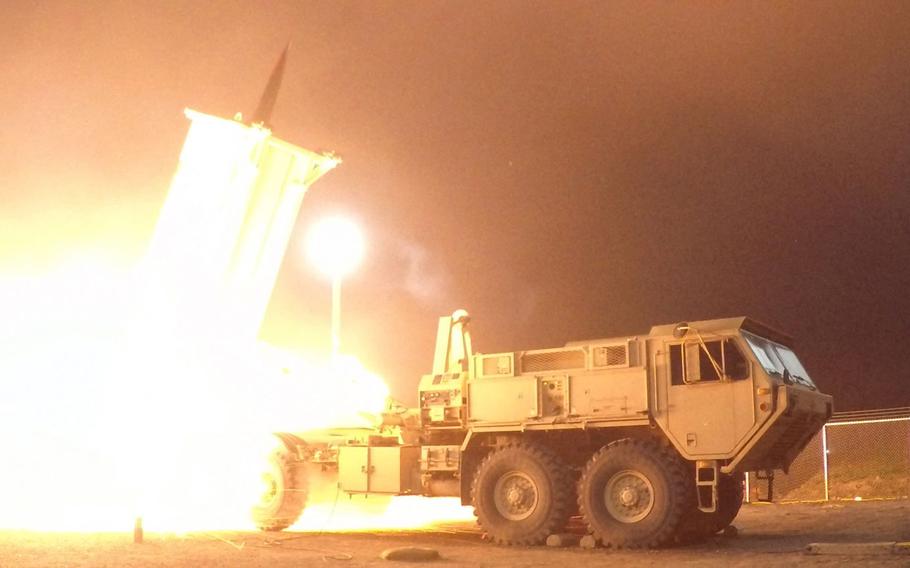 SEOUL, South Korea — South Korea is ready to install four more launchers to complete the deployment of a controversial U.S. missile-defense system to counter the growing threat from the North, the defense ministry said Monday.

The ministry made the announcement as tensions spiked following North Korea’s sixth nuclear test, which raised fears of military confrontation as the United States warned all options are on the table in dealing with the communist state. It didn’t give a date but suggested the remaining launchers would be installed soon.

U.S. Forces Korea began deploying the anti-missile battery known as THAAD with two launchers and the radar in late April in an overnight operation that many saw as an effort to rush it into place before May 9 elections to replace ousted President Park Geun-hye.

Her administration made the THAAD agreement with Washington despite local protests and objections from China, which fears the system’s powerful radar could be used against it as well.

New President Moon Jae-in suspended the deployment shortly after taking office but reversed that decision as the North conducted increasingly advanced missile tests and rebuffed his efforts to pursue dialogue. Moon said the installment could be completed at least on a temporary basis pending a full environmental assessment of the site.

The final administrative hurdle was cleared when the environmental ministry said Monday that it has given conditional consent after finding the adverse impact on the area from THAAD was limited.

The Ministry of National Defense then said it “is planning to deploy the four additional launchers temporarily sooner or later in order to cope with North Korea’s growing nuclear and missile threats.”

It didn’t give a date, saying that decision would be made in consultation with the U.S. in a “democratic and transparent way.”

The environmental ministry made its approval conditional, calling for regular strengthened monitoring of radiation exposure and keeping residents informed about the results.

A separate defense ministry assessment also found minimal radiation and noise from the site, a former golf course in a remote, mountainous area about 190 miles southeast of Seoul.