Buy Photo
Walking a dog is one of the few acceptable reasons to be outdoors in northern Italy during the coronavirus lockdown. Walking on a graveled path next to one of Vicenza's little rivers provides a bit of nature. (Nancy Montgomery/Stars and Stripes)

Buy Photo
Walking a dog is one of the few acceptable reasons to be outdoors in northern Italy during the coronavirus lockdown. Walking on a graveled path next to one of Vicenza's little rivers provides a bit of nature. (Nancy Montgomery/Stars and Stripes) 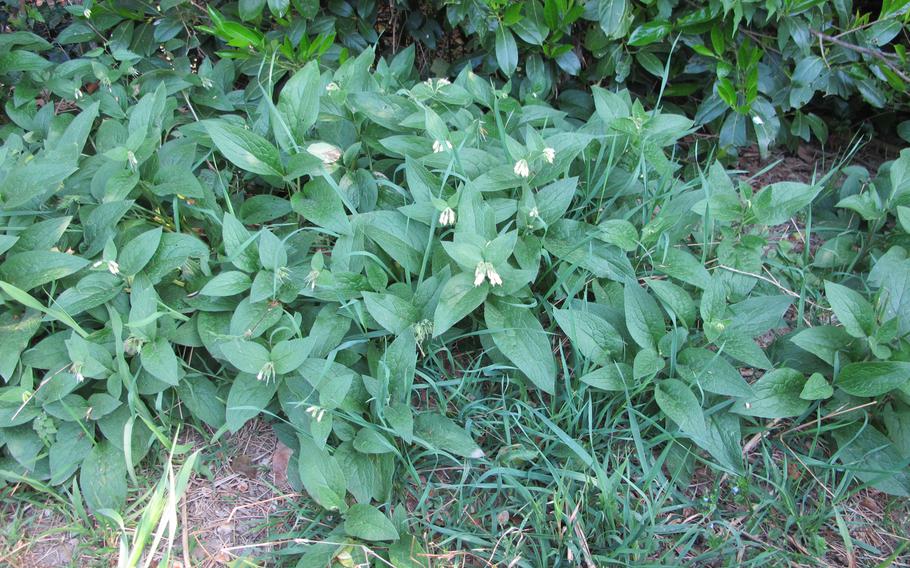 Buy Photo
A walking path in downtown Vicenza is green and grassy and even has some flowers. (Nancy Montgomery/Stars and Stripes) Buy Photo
The Bacchiglione River runs through Vicenza, on to Padova and empties in the Gulf of Venice. Humans don't swim in it but some dogs do. (Nancy Montgomery/Stars and Stripes) 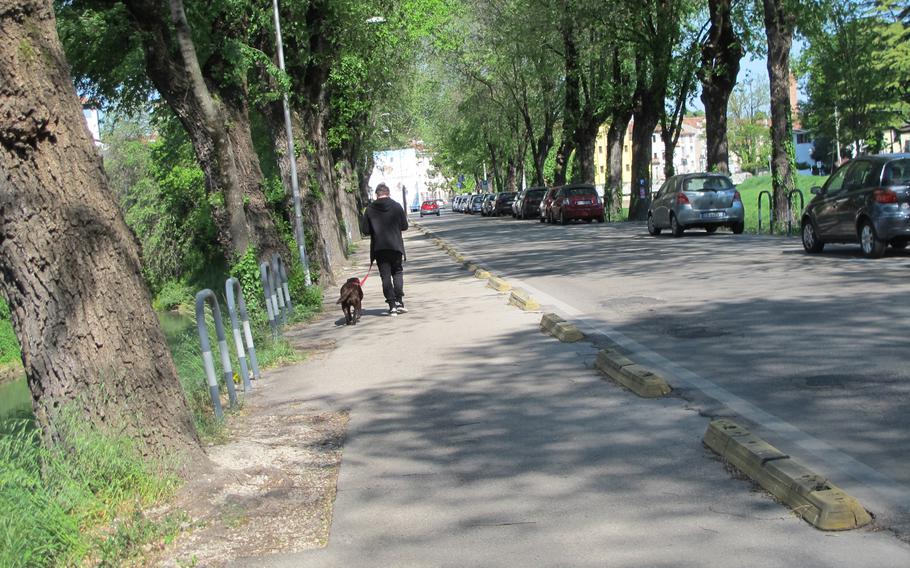 Buy Photo
Across from the Bacchiglione River path is a bike lane next to the Retrone River, which is also popular with dogs and their walkers. (Nancy Montgomery/Stars and Stripes) 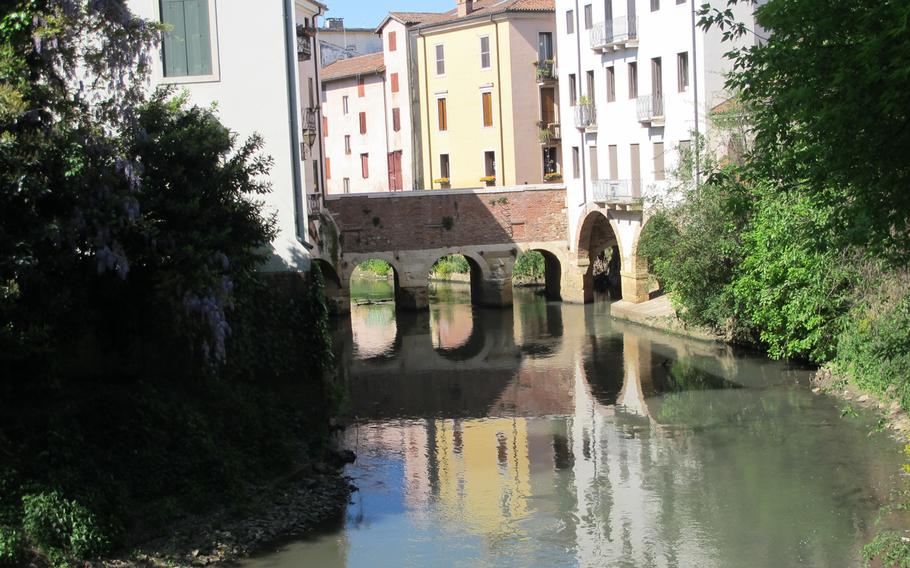 Buy Photo
The banks of the Retrone River in downtown Vicenza offer some pretty vistas that in nonquarantine times invite artists and photographers. (Nancy Montgomery/Stars and Stripes) 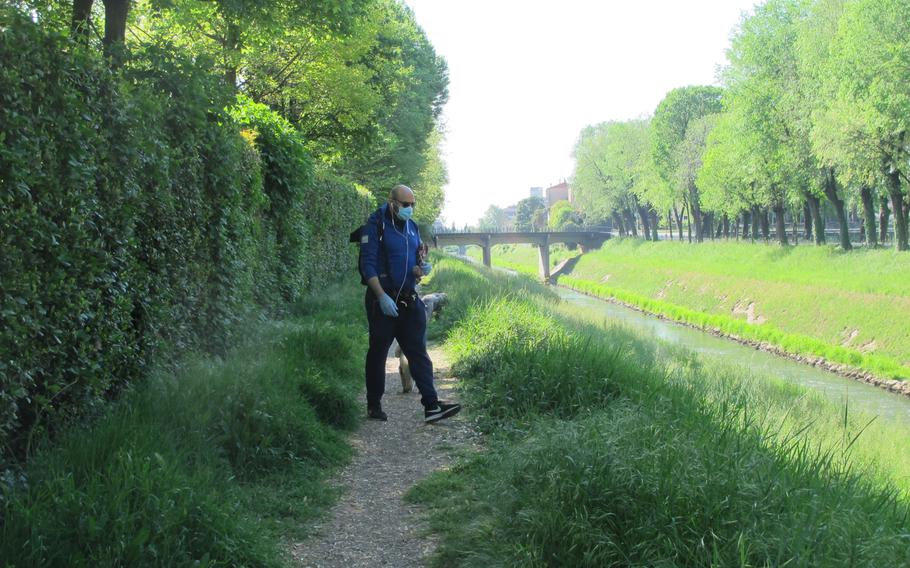 Buy Photo
Scenes from Vicenza during the 2020 lockdown to slow the spread of the coronavirus include mandatory facemasks and gloves when outside to walk the dog. (Nancy Montgomery/Stars and Stripes) Where do you go when there’s nowhere to go? People living in northern Italy, normally spoiled for great destinations, have been dealing with that question for two months.

The region locked down in early March to slow the spread of the coronavirus, closing almost everything and banning nearly all travel beyond 200 meters from home.

My only passport out of the house was what for some had previously been just another chore: taking the dog out.

Downtown Vicenza, where I live, is known for its Renaissance architecture, not as a nature park. But near my apartment is a walking path flanked by a canopy of trees, a variety of grasses and two small rivers.

My dog has always loved it. During lockdown, I’ve appreciated it as much as him.

It’s a 20-minute walk, past the now-closed elementary school, with palatial houses hidden by fences and shrubbery. It runs along the Bacchiglione River, a mud-colored waterway most Americans would consider a canal at best, although it is 73 miles long and flows into the Gulf of Venice. It’s never looked prettier than during lockdown.

The narrow, graveled path ends at some steps up to a bridge.

You and your dog cross and head back the same way you came, this time on an asphalt walking and bike lane next to the Retrone River. This river looks pretty much like the Bacchiglione, except it for some reason attracts more wildlife. There are ducks and coots to watch. On special days, a heron sitting on the bank will take graceful flight.

Nutria, which look like little beavers and are considered an invasive species, paddle about, and little salamanders scurry off at our approach.

And in one portion especially beloved by the dog, there are often tennis balls from the now-closed tennis club in the undergrowth.

Simple pleasures are the best, especially during lockdown.